The dust-star interplay in late-type galaxies at z < 0.5: Forecasts for the JWST

Context. In recent years, significant growth in the amount of data available to astronomers has opened up the possibility for extensive multi-wavelength approaches. In the field of galaxy evolution, such approaches have uncovered fundamental correlations, linking the dust component of a galaxy to its star formation rate (SFR). Despite these achievements, the relation between the SFR and the dust is still challenging, with uncertainties related to the physical mechanisms linking the two.
Aims: In this paper, we re-examine these correlations, paying specific attention to the intrinsic properties of the dust. Our goal is to investigate the origin of the observed scatter in low-redshift galaxies, and the ability of the James Webb Space Telescope (JWST) to explore such relations in the early Universe.
Methods: We defined a sample of about 800 normal star-forming galaxies with photometries in the range of 0.15 < λ < 500 μm and analysed them with different spectral energy distribution (SED) fitting methods. With the SEDs extracted, we investigated the detection rate at different redshifts with the MId-Infrared instruments (MIRI) on board the JWST.
Results: Dust luminosity (Ld) and SFR show a strong correlation, but for SFR < 2 M⊙ yr−1, the correlation scatter increases dramatically. We show that selection based on the fraction of ultraviolet (UV) emission absorbed by dust, that is, the UV extinction, greatly reduces the data dispersion. Dust masses (Md) and SFR show a weaker correlation, with a larger scatter due to the interstellar radiation field produced by stars during late evolutionary stages, which shifts the positions of the galaxies in the dust mass-SFR plane. At z = 2, more than 60% of the galaxies in the sample are detected with F770, F1000, F1280, F1500, and F1800. At higher redshifts, the detection decreases, and only 45% of z = 8 galaxies are detected with two filters. Reproducing the expected sensitivity of the Cosmic Evolution Early Release Science Survey and classifying galaxies according to their SFR and stellar mass (M*), we investigated the MIRI detection rate as a function of the physical properties of the galaxies. Fifty percent of the objects with SFR ∼ 1 M⊙ yr−1 at z = 6 are detected with F770, which decreases to 20% at z = 8. For such galaxies, only 5% of the subsample will be detected at 5σ with F770 and F1000 at z = 8, and only 10% with F770, F1000, and F1280 at z = 6. For galaxies with higher SFR, detection with these three filters will be possible up to z = 6 in ∼60% of the subsample.
Conclusions: The link between dust and star formation is complex, and many aspects remain to be fully understood. The scatter between SFR and dust mass, and SFR and luminosity, decreases significantly when the analysis includes dust properties. In this context, the JWST will revolutionise the field, allowing investigation of the dust-star interplay well within the epoch of reionisation. 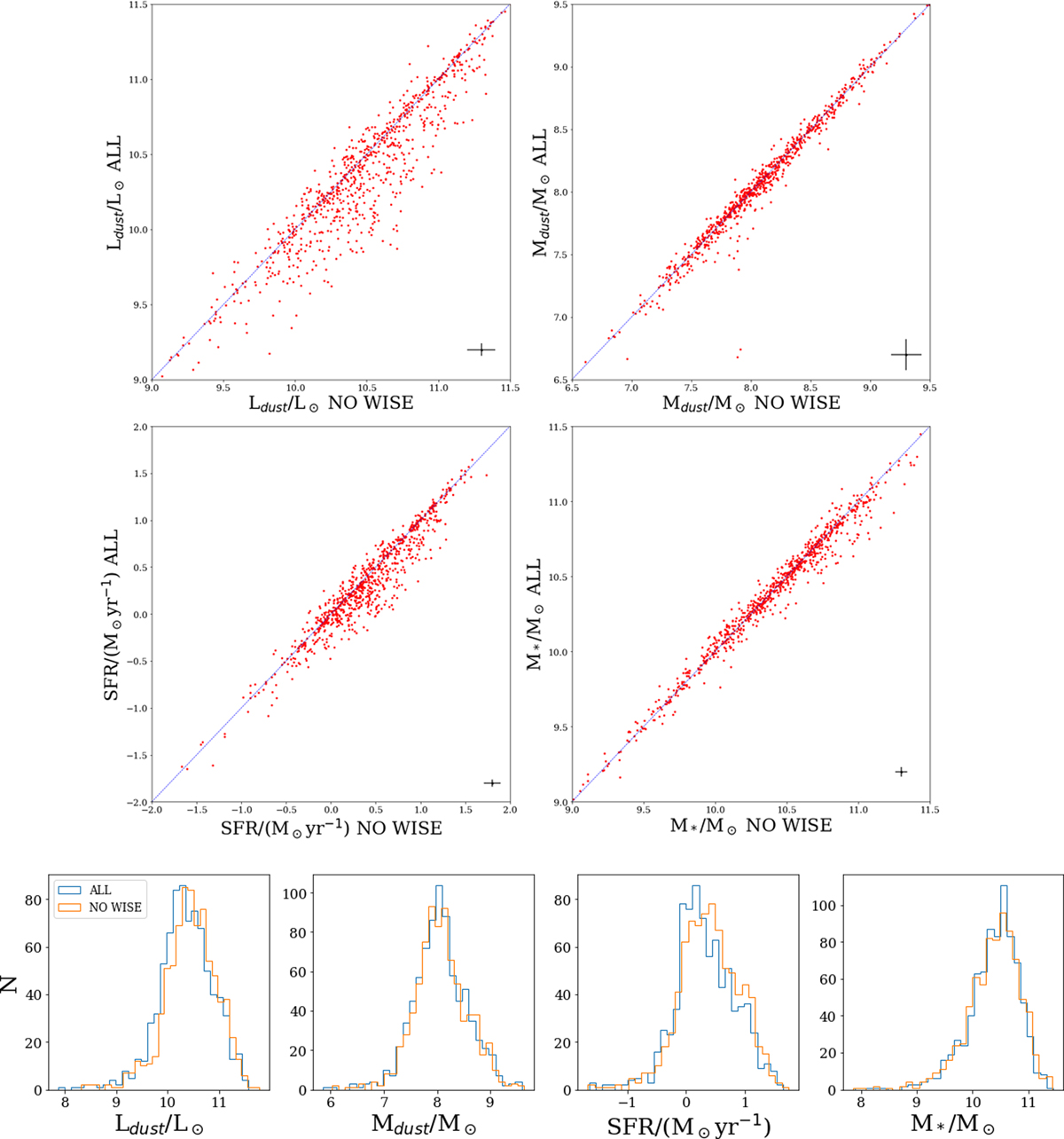