Photometric redshifts (photo-zs) are one of the main ingredients in the analysis of cosmological probes. Their accuracy particularly affects the results of the analyses of galaxy clustering with photometrically selected galaxies (GCph) and weak lensing. In the next decade, space missions such as Euclid will collect precise and accurate photometric measurements for millions of galaxies. These data should be complemented with upcoming ground-based observations to derive precise and accurate photo-zs. In this article we explore how the tomographic redshift binning and depth of ground-based observations will affect the cosmological constraints expected from the Euclid mission. We focus on GCph and extend the study to include galaxy-galaxy lensing (GGL). We add a layer of complexity to the analysis by simulating several realistic photo-z distributions based on the Euclid Consortium Flagship simulation and using a machine learning photo-z algorithm. We then use the Fisher matrix formalism together with these galaxy samples to study the cosmological constraining power as a function of redshift binning, survey depth, and photo-z accuracy. We find that bins with an equal width in redshift provide a higher figure of merit (FoM) than equipopulated bins and that increasing the number of redshift bins from ten to 13 improves the FoM by 35% and 15% for GCph and its combination with GGL, respectively. For GCph, an increase in the survey depth provides a higher FoM. However, when we include faint galaxies beyond the limit of the spectroscopic training data, the resulting FoM decreases because of the spurious photo-zs. When combining GCph and GGL, the number density of the sample, which is set by the survey depth, is the main factor driving the variations in the FoM. Adding galaxies at faint magnitudes and high redshift increases the FoM, even when they are beyond the spectroscopic limit, since the number density increase compensates for the photo-z degradation in this case. We conclude that there is more information that can be extracted beyond the nominal ten tomographic redshift bins of Euclid and that we should be cautious when adding faint galaxies into our sample since they can degrade the cosmological constraints. 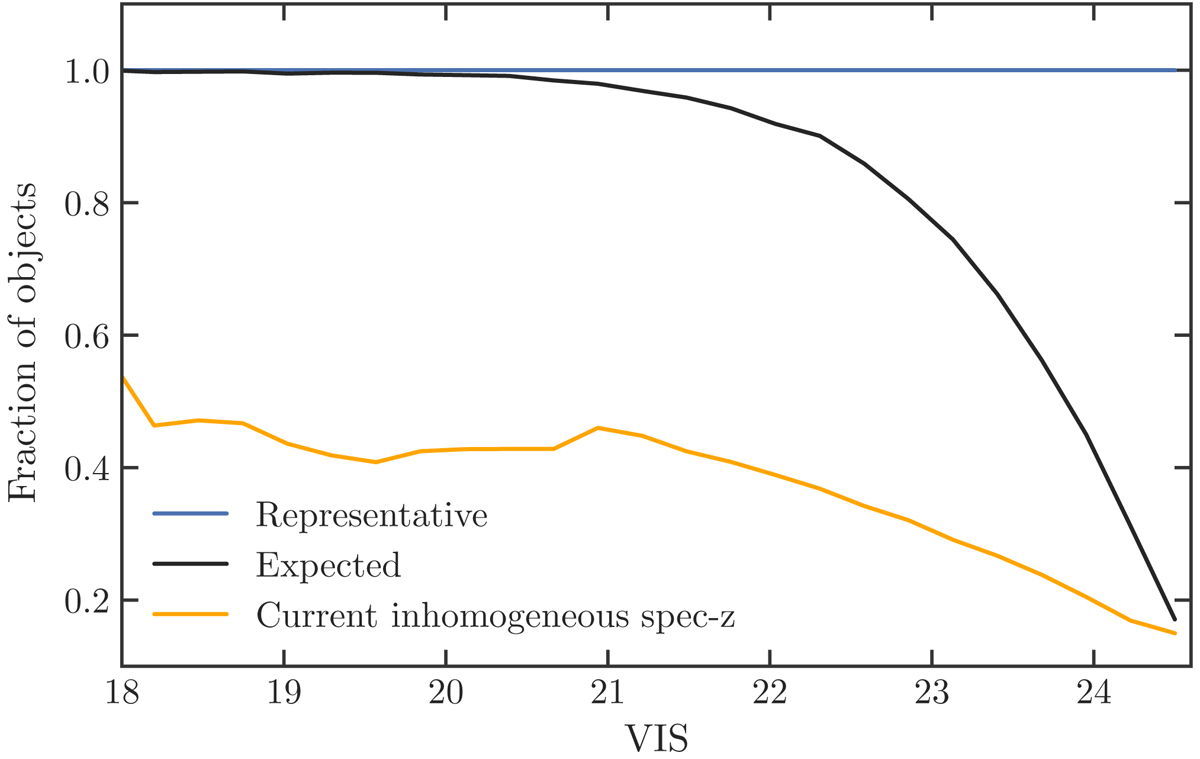