Using classical Cepheids to study the far side of the Milky Way disk. II. The spiral structure in the first and fourth Galactic quadrants

In an effort to improve our understanding of the spiral arm structure of the Milky Way, we use classical Cepheids (CCs) to increase the number of young tracers on the far side of the Galactic disk with accurately determined distances. We used a sample of 30 CCs that were discovered using near-infrared photometry from the VISTA Variables in the Vía Láctea survey (VVV) and classified based on their radial velocities and metallicities. We combined them with another 20 CCs from the literature for which VVV photometry is available. We used the compiled sample of CCs with homogeneously computed distances based on VVV infrared photometry as a proof of concept to trace the spiral structure in the poorly explored far side of the disk. Although the use of CCs has some caveats, these variables are currently the only available young tracers on the far side of the disk for which a numerous sample with accurate distances can be obtained. Therefore, a larger sample could allow us to make a significant step forward in our understanding of the Milky Way disk as a whole. We present preliminary evidence that CCs favor the following: a spiral arm model with two main arms (Perseus and Scutum-Centaurus) that branch out into four arms at Galactocentric distances, RGC ≳ 5−6 kpc; the extension of the Scutum-Centaurus arm behind the Galactic center; and a possible connection between the Perseus arm and the Norma tangency direction. The current sample of CCs on the far side of the Galaxy are in the mid-plane, which argues against the presence of a severely warped disk at small Galactocentric distances (RGC ≲ 12 kpc) in the studied area. The discovery and characterization of CCs at near-infrared wavelengths appears to be a promising tool to complement studies based on other spiral arm tracers and extend them to the far side of our Galaxy. 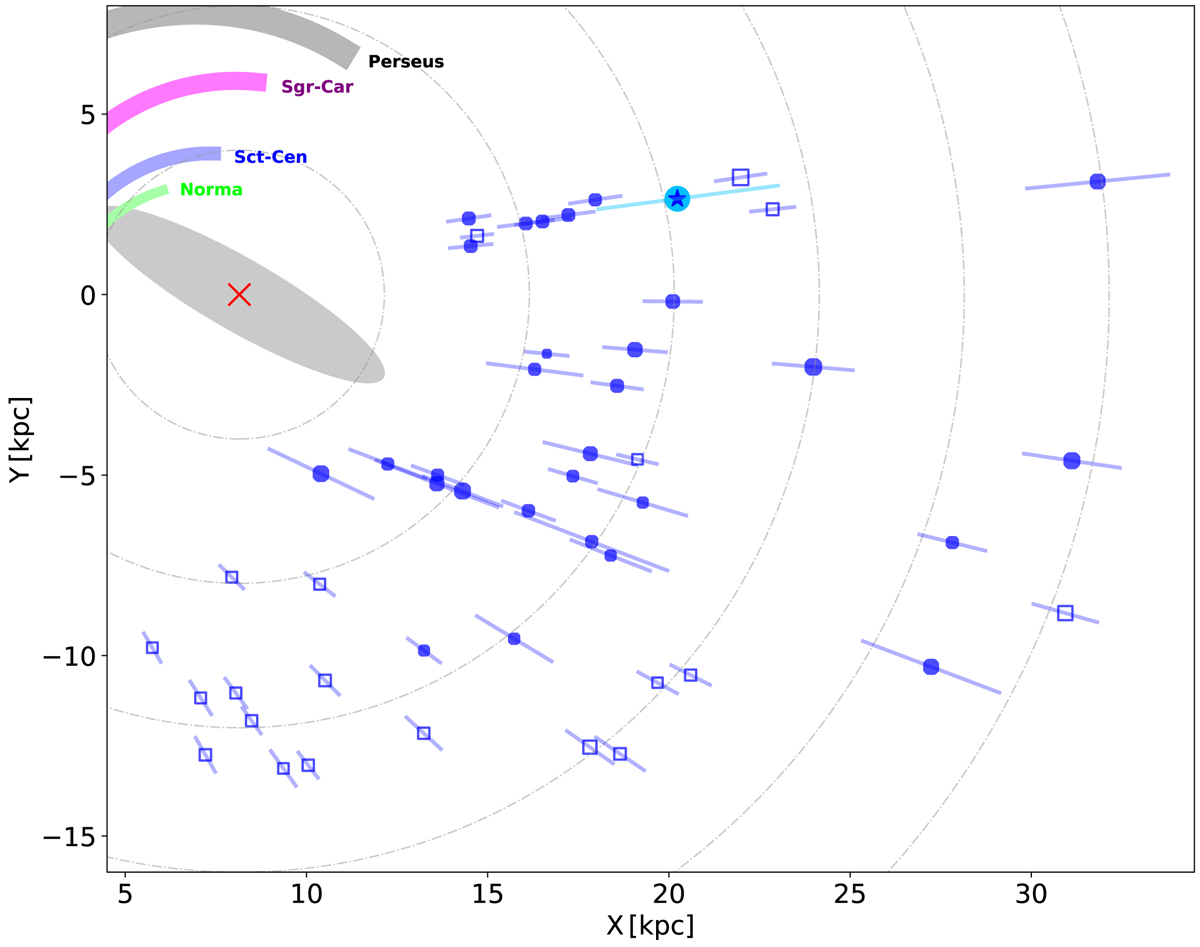