Narrow-line Seyfert 1 (NLS1) galaxies are a class of active galactic nuclei (AGN) that, in some cases, can harbor powerful relativistic jets. One of them, PKS 2004-447, shows γ-ray emission, and underwent its first recorded multifrequency flare in 2019. However, past studies revealed that in radio this source can be classified as a compact steep-spectrum source (CSS), suggesting that, unlike other γ-ray sources, the relativistic jets of PKS 2004-447 have a large inclination with respect to the line of sight. We present here a set of spectroscopic observations of this object, aimed at carefully measuring its black hole mass and Eddington ratio, determining the properties of its emission lines, and characterizing its long term variability. We find that the black hole mass is (1.5 ± 0.2)×107 M⊙, and the Eddington ratio is 0.08. Both values are within the typical range of NLS1s. The spectra also suggest that the 2019 flare was caused mainly by the relativistic jet, while the accretion disk played a minor role during the event. In conclusion, we confirm that PKS 2004-447 is one of the rare examples of γ-ray emitting CSS/NLS1s hybrid, and that these two classes of objects are likely connected in the framework of AGN evolution. 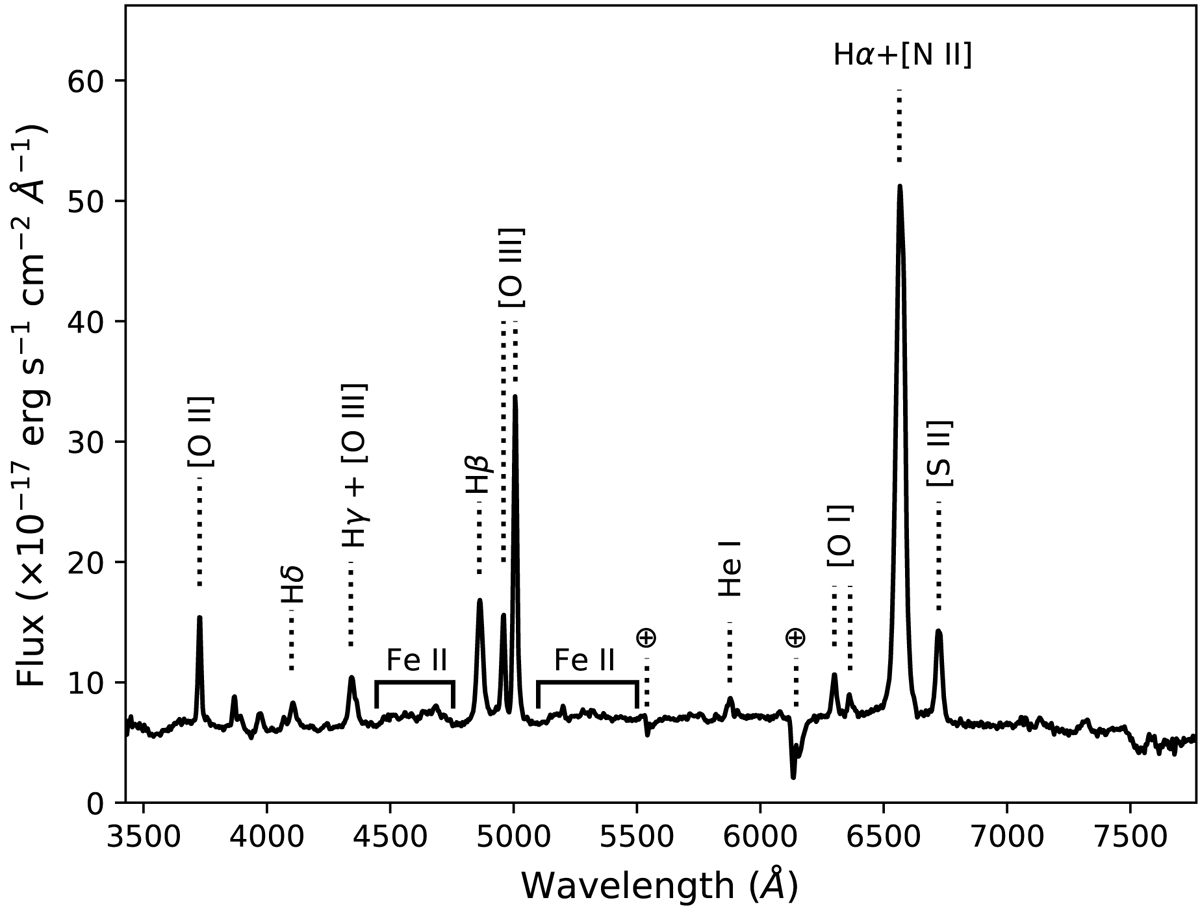