Context. The PSR J2222−0137 binary system has a set of features that make it a unique laboratory for tests of gravity theories.
Aims: To fully exploit the system's potential for these tests, we aim to improve the measurements of its physical parameters, spin and orbital orientation, and post-Keplerian parameters, which quantify the observed relativistic effects.
Methods: We describe an improved analysis of archival very long baseline interferometry (VLBI) data, which uses a coordinate convention in full agreement with that used in timing. We have also obtained much improved polarimetry of the pulsar with the Five hundred meter Aperture Spherical Telescope (FAST). We provide an improved analysis of significantly extended timing datasets taken with the Effelsberg, Nançay, and Lovell radio telescopes; this also includes previous timing data from the Green Bank Telescope.
Results: From the VLBI analysis, we have obtained a new estimate of the position angle of the ascending node, Ω = 189−18+19 deg (all uncertainties are 68% confidence limits), and a new reference position for the pulsar with an improved and more conservative uncertainty estimate. The FAST polarimetric results, and in particular the detection of an interpulse, yield much improved estimates for the spin geometry of the pulsar, in particular an inclination of the spin axis of the pulsar of ∼84 deg. From the timing, we obtain a new ∼1% test of general relativity (GR) from the agreement of the Shapiro delay parameters and the rate of advance of periastron. Assuming GR in a self-consistent analysis of all effects, we obtain much improved masses: 1.831(10) M⊙ for the pulsar and 1.319(4) M⊙ for the white dwarf companion; the total mass, 3.150(14) M⊙, confirms this as the most massive double degenerate binary known in the Galaxy. This analysis also yields the orbital orientation; in particular, the orbital inclination is 85.27(4) deg - indicating a close alignment between the spin of the pulsar and the orbital angular momentum - and Ω = 187.7(5.7) deg, which matches our new VLBI estimate. Finally, the timing also yields a precise measurement of the variation in the orbital period, Ṗb = 0.251(8) × 10−12 ss−1; this is consistent with the expected variation in the Doppler factor plus the orbital decay caused by the emission of gravitational waves predicted by GR. This agreement introduces stringent constraints on the emission of dipolar gravitational waves. 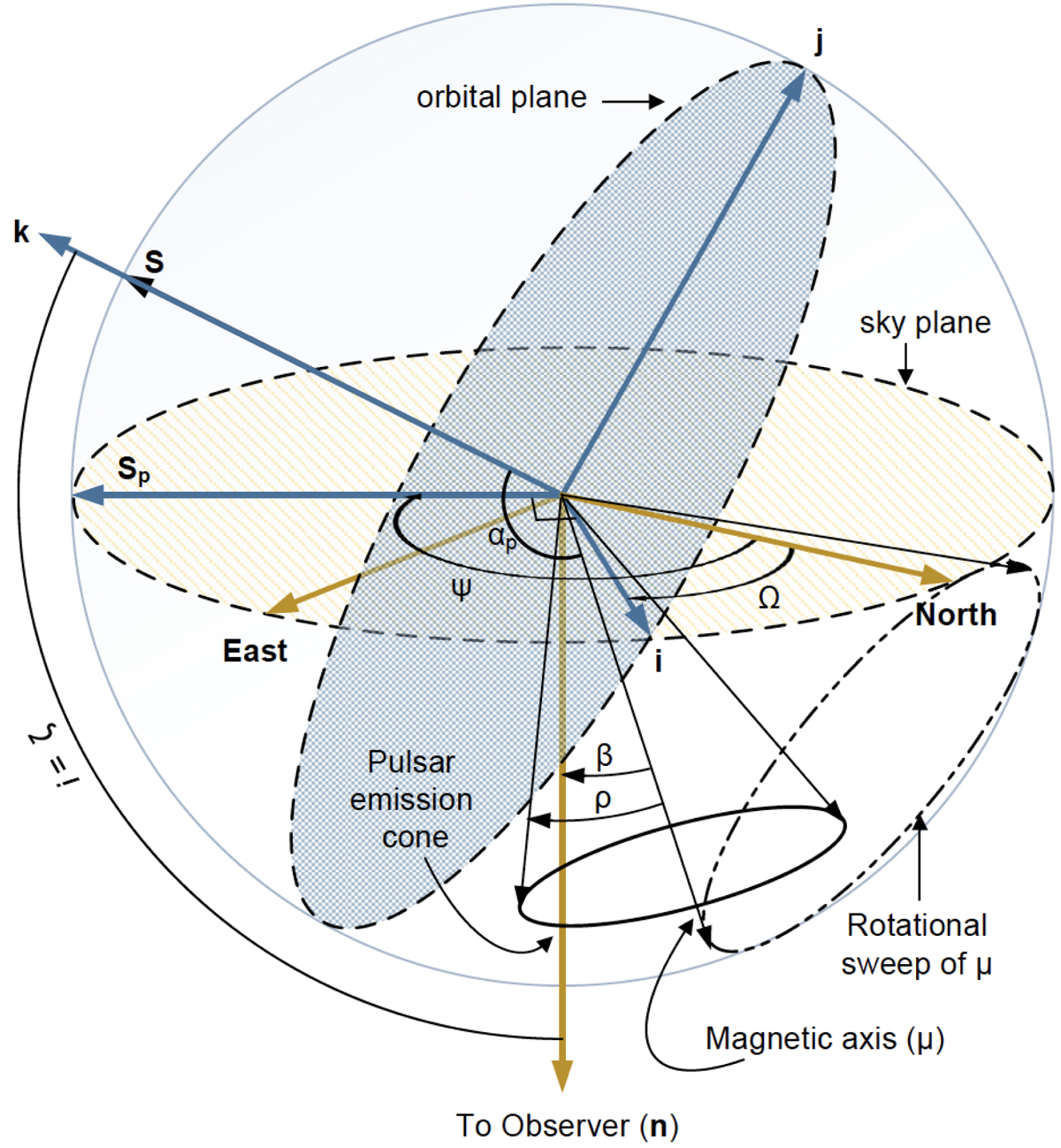