It has long been suspected that powerful radio sources may lower the efficiency with which stars form from the molecular gas in their host galaxy, however so far, alternative mechanisms, in particular related to the stellar mass distribution in the massive bulges of their host galaxies, have not been ruled out. We present new, arcsecond-resolution Atacama Large Millimeter Array (ALMA) CO(1−0) interferometry, which probes the spatially resolved, cold molecular gas in the nearby (z = 0.08), massive (Mstellar = 4 × 1011 M⊙), isolated, late-type spiral galaxy 2MASSX J23453269−044925, which is outstanding for having two pairs of powerful, giant radio jets, and a bright X-ray halo of hot circumgalactic gas. The molecular gas is in a massive (Mgas = 2.0 × 1010 M⊙), 24 kpc wide, rapidly rotating ring, which is associated with the inner stellar disk. Broad (FWHM = 70−180 km s−1) emission lines with complex profiles associated with the radio source are seen over large regions in the ring, indicating gas velocities that are high enough to keep the otherwise marginally Toomre-stable gas from fragmenting into gravitationally bound, star-forming clouds. About 1−2% of the jet kinetic energy is required to power these motions. Resolved star-formation rate surface densities derived from Galaxy Evolution Explorer and Wide-Field Infrared Survey Explorer fall by factors of 30−70 short of expectations from the standard Kennicutt-Schmidt law of star-forming galaxies, and near gas-rich early-type galaxies with signatures of star formation that are lowered by jet feedback. We argue that radio Active Galactic Nucleus (AGN) feedback is the only plausible mechanism to explain the low star-formation rates in this galaxy. Previous authors have already noted that the X-ray halo of J2345−0449 implies a baryon fraction that is close to the cosmic average, which is very high for a galaxy. We contrast this finding with other, equally massive, and equally baryon-rich spiral galaxies without prominent radio sources. Most of the baryons in these galaxies are in stars, not in the halos. We also discuss the implications of our results for our general understanding of AGN feedback in massive galaxies. 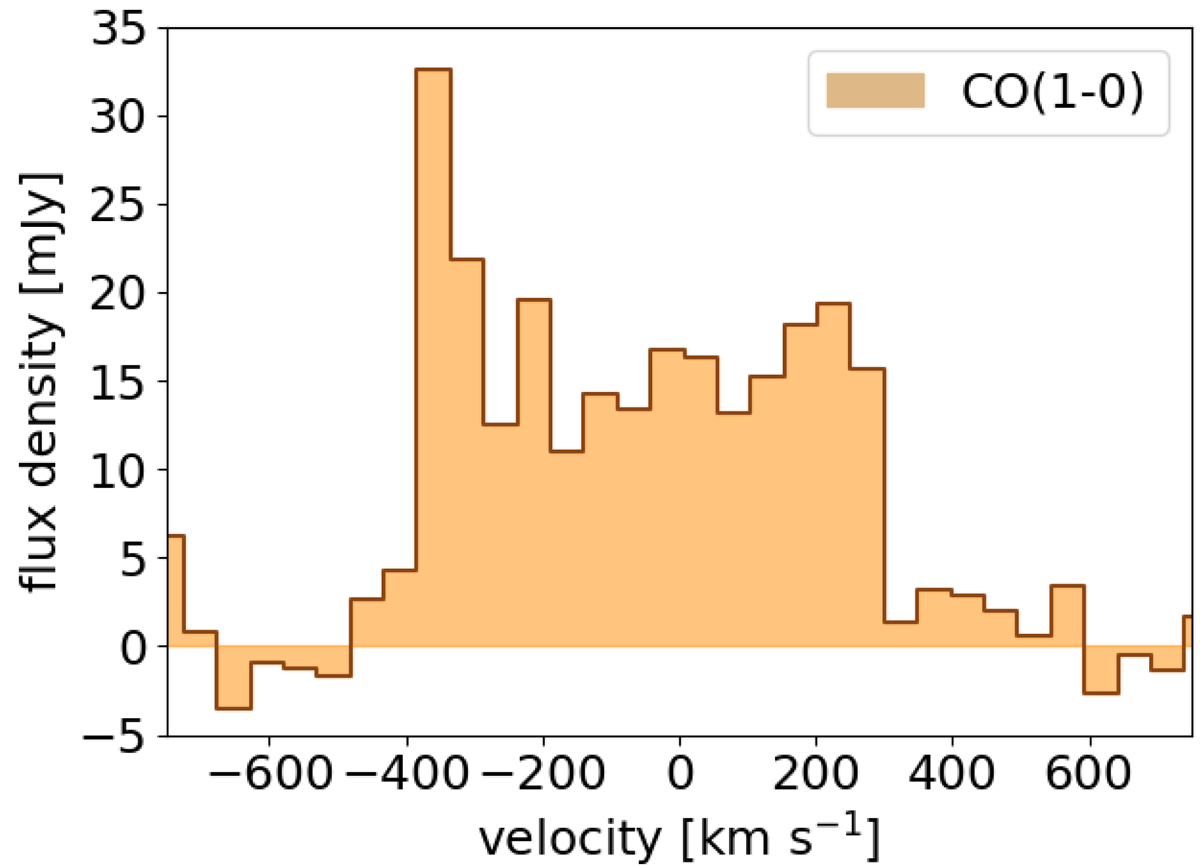