If you like C/O variations, you should have put a ring on it

Context. The C/O ratio as traced with C2H emission in protoplanetary disks is fundamental for constraining the formation mechanisms of exoplanets and for our understanding of volatile depletion in disks, but current C2H observations show an apparent bimodal distribution that is not well understood, indicating that the C/O distribution is not described by a simple radial dependence.
Aims: The transport of icy pebbles has been suggested to alter the local elemental abundances in protoplanetary disks through settling, drift, and trapping in pressure bumps, resulting in a depletion of volatiles in the surface layer and an increase in the elemental C/O.
Methods: We combine all disks with spatially resolved ALMA C2H observations with high-resolution continuum images and constraints on the CO snow line to determine if the C2H emission is indeed related to the location of the icy pebbles.
Results: We report a possible correlation between the presence of a significant CO-ice dust reservoir and high C2H emission, which is only found in disks with dust rings outside the CO snow line. In contrast, compact dust disks (without pressure bumps) and warm transition disks (with their dust ring inside the CO snow line) are not detected in C2H, suggesting that such disks may have never contained a significant CO ice reservoir.
Conclusions: This correlation provides evidence for the regulation of the C/O profile by the complex interplay of CO snow line and pressure bump locations in the disk. These results demonstrate the importance of including dust transport in chemical disk models for a proper interpretation of exoplanet atmospheric compositions and a better understanding of volatile depletion in disks, in particular the use of CO isotopologs to determine gas surface densities. 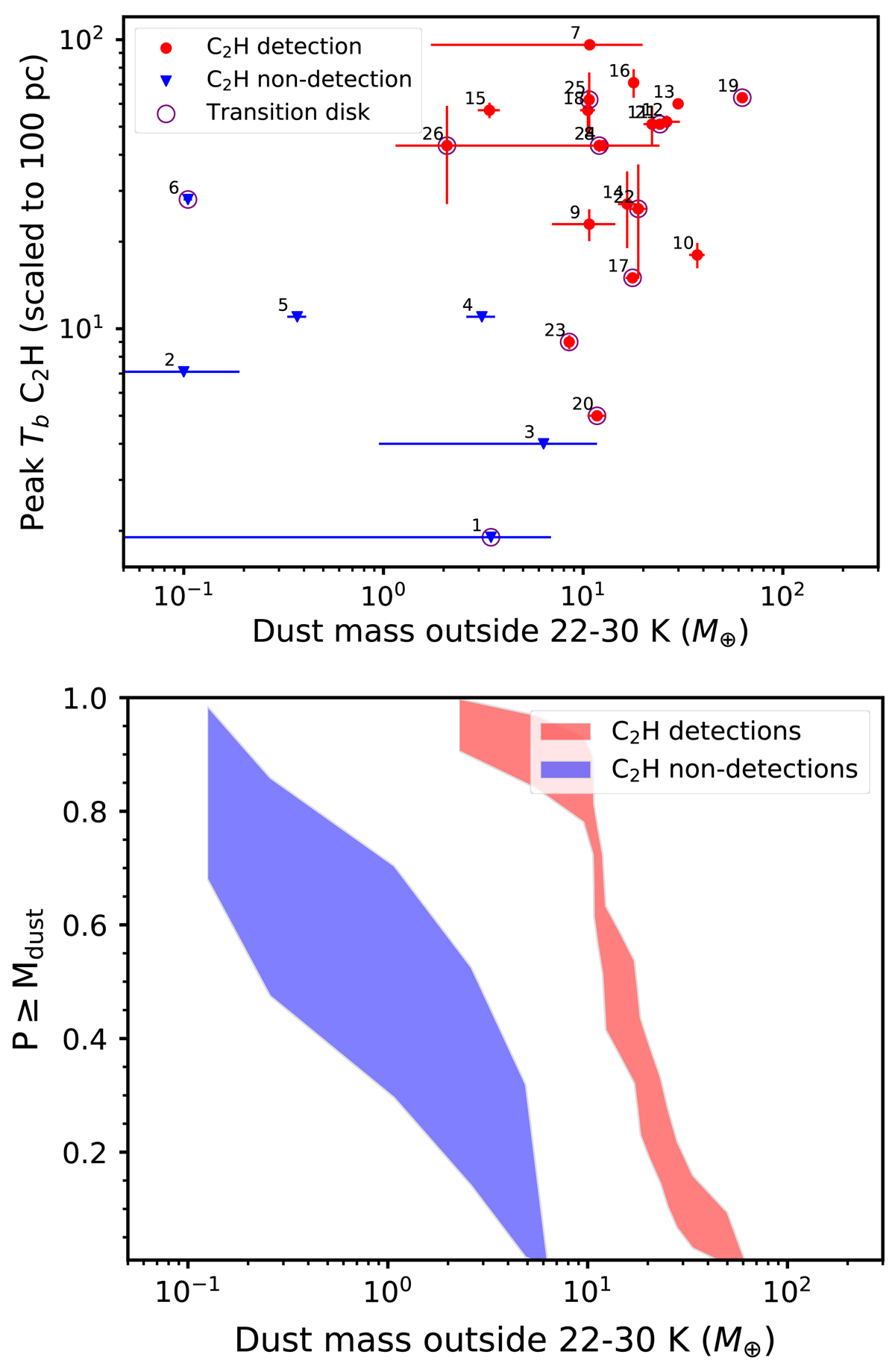