Context. Several observational and theoretical results indicate that the atmospheric temperature of the ultra-hot Jupiter KELT-9b in the main line formation region is a few thousand degrees higher than predicted by self-consistent models.
Aims: Our aim was to test whether non-local thermodynamic equilibrium (NLTE) effects are responsible for the presumably higher temperature.
Methods: We employed the Cloudy NLTE radiative transfer code to self-consistently compute the upper atmospheric temperature-pressure (TP) profile of KELT-9b, assuming solar metallicity and accounting for Roche potential. In the lower atmosphere, we used an updated version of the HELIOS radiative-convective equilibrium code to constrain the Cloudy model.
Results: The Cloudy NLTE TP profile is ≈2000 K hotter than that obtained with previous models assuming LTE. In particular, in the 1-10−7 bar range the temperature increases from ≈4000 to ≈8500 K, remaining roughly constant at lower pressures. We find that the high temperature in the upper atmosphere of KELT-9b is driven principally by NLTE effects modifying the Fe and Mg level populations, which strongly influence the atmospheric thermal balance. We employed Cloudy to compute LTE and NLTE synthetic transmission spectra on the basis of the TP profiles computed in LTE and NLTE, respectively, finding that the NLTE model generally produces stronger absorption lines, particularly in the ultraviolet, than the LTE model (up to 30%). We compared the NLTE synthetic transmission spectrum with the observed Hα and Hβ line profiles obtaining an excellent match, thus supporting our results.
Conclusions: The NLTE synthetic transmission spectrum can be used to guide future observations aiming at detecting features in the KELT-9b transmission spectrum. Metals, such as Mg and Fe, and NLTE effects shape the upper atmospheric temperature structure of KELT-9b, and thus affect the mass-loss rates derived from it. Finally, our results call for checking whether this is the case also for cooler planets. 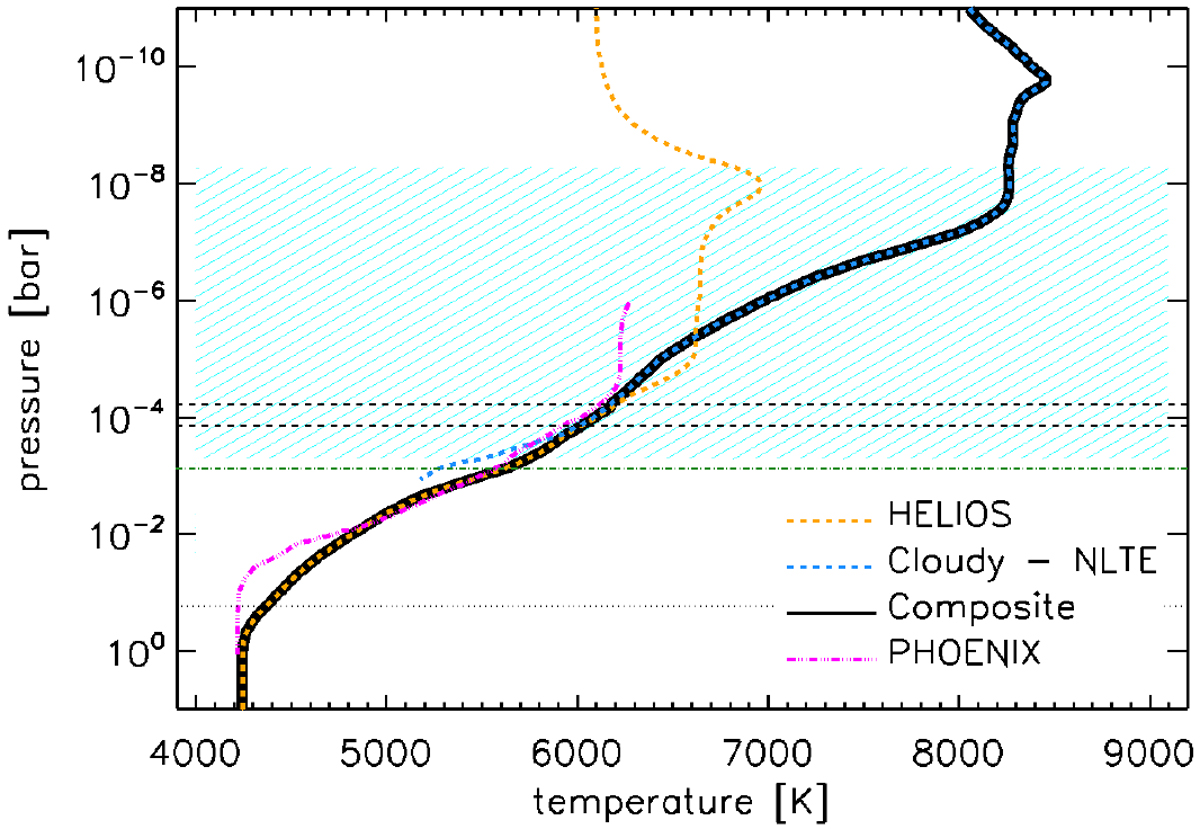