Context. M dwarfs are ideal targets for the search of Earth-size planets in the habitable zone using the radial velocity method, and are attracting the attention of many ongoing surveys. One of the expected results of these surveys is that new multiple-star systems have also been found. This is the case also for the CARMENES survey, thanks to which nine new double-line spectroscopic binary systems have already been announced.
Aims: Throughout the five years of the survey the accumulation of new observations has resulted in the detection of several new multiple-stellar systems with long periods and low radial-velocity amplitudes. Here we newly characterise the spectroscopic orbits and constrain the masses of eight systems and update the properties of a system that we had reported earlier.
Methods: We derived the radial velocities of the stars using two-dimensional cross-correlation techniques and template matching. The measurements were modelled to determine the orbital parameters of the systems. We combined CARMENES spectroscopic observations with archival high-resolution spectra from other instruments to increase the time span of the observations and improve our analysis. When available, we also added archival photometric, astrometric, and adaptive optics imaging data to constrain the rotation periods and absolute masses of the components.
Results: We determined the spectroscopic orbits of nine multiple systems, eight of which are presented for the first time. The sample is composed of five single-line binaries, two double-line binaries, and two triple-line spectroscopic triple systems. The companions of two of the single-line binaries, GJ 3626 and GJ 912, have minimum masses below the stellar boundary, and thus could be brown dwarfs. We found a new white dwarf in a close binary orbit around the M star GJ 207.1, located at a distance of 15.79 pc. From a global fit to radial velocities and astrometric measurements, we were able to determine the absolute masses of the components of GJ 282 C, which is one of the youngest systems with measured dynamical masses. 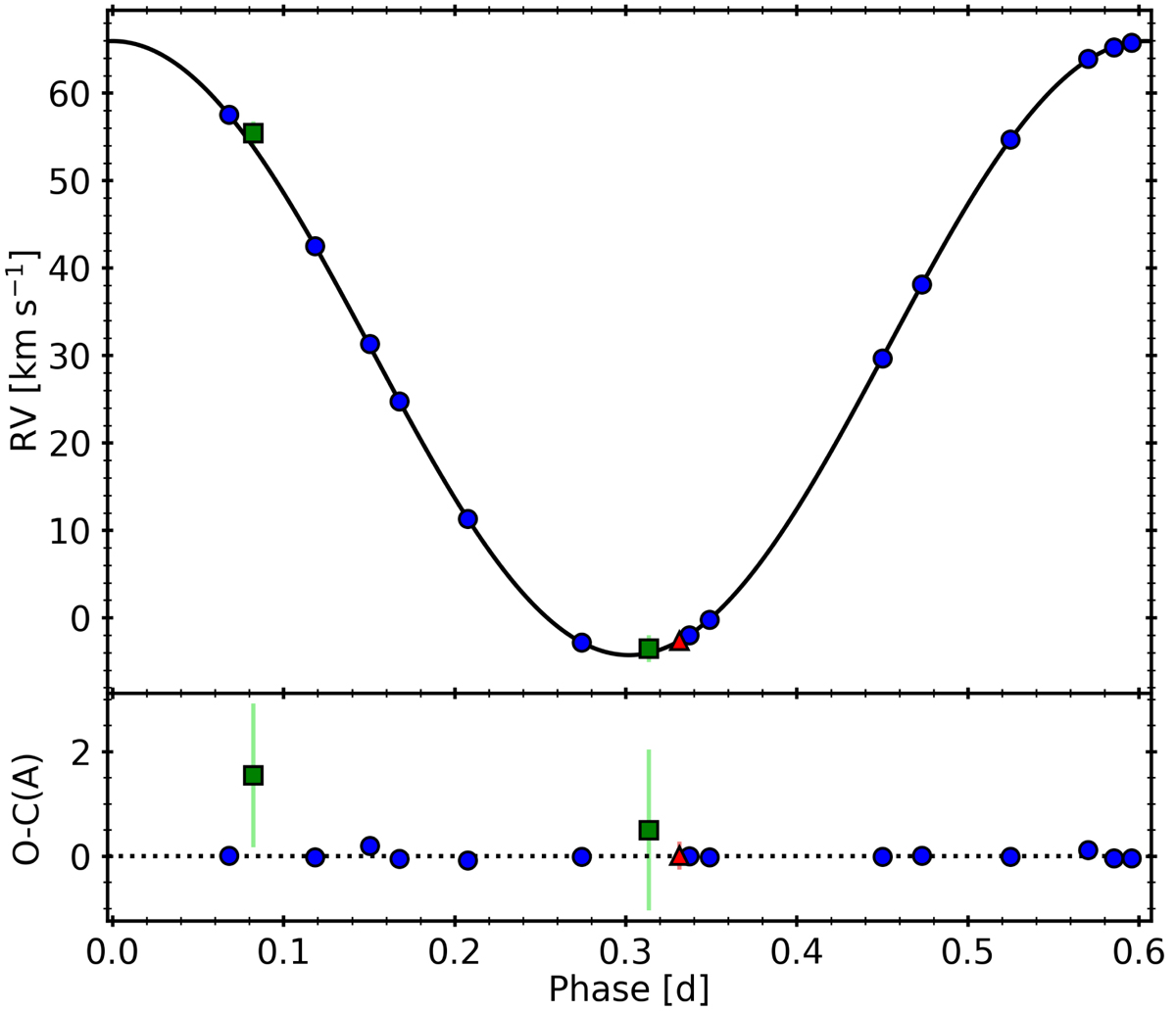