Context. Galaxies are biased tracers of the underlying network of dark matter. The strength of this bias depends on various galaxy properties and on redshift. One of the methods used to study these dependences of the bias is measurement of galaxy clustering. Such studies are made using galaxy samples from various catalogues, which frequently bear their own problems related to sample selection methods. It is therefore crucial to understand how sample choice influences clustering measurements and which galaxy property is the most direct tracer of the galaxy environment.
Aims: We investigate how different galaxy properties, such as luminosities in the u, g, r, J, and K bands, stellar mass, star formation rate, and specific star formation rate, trace the environment in the local universe. We also study the effect of survey flux limits on galaxy clustering measurements.
Methods: We measure the two-point correlation function and marked correlation functions using the aforementioned properties as marks. We use a nearly stellar-mass-complete galaxy sample in the redshift range 0.1 < z < 0.16 from the Galaxy and Mass Assembly (GAMA) survey with a flux limit of r < 19.8. Further, we impose a brighter flux limit of r < 17.8 on our sample and repeated the measurements to study how this affects galaxy clustering analysis. We compare our results to measurements from the Sloan Digital Sky Survey with flux limits of r < 17.8 and r < 16.8.
Results: We show that the stellar mass is the most direct tracer of galaxy environment, the K-band luminosity being a good substitute, although such a proxy sample misses close pairs of evolved, red galaxies. We also show that the u-band luminosity can be a proxy to the star formation rate in the context of galaxy clustering. We observe an effect of the survey flux limit on clustering studies; samples with a higher flux limit (smaller magnitude) miss some information about close pairs of starburst galaxies. 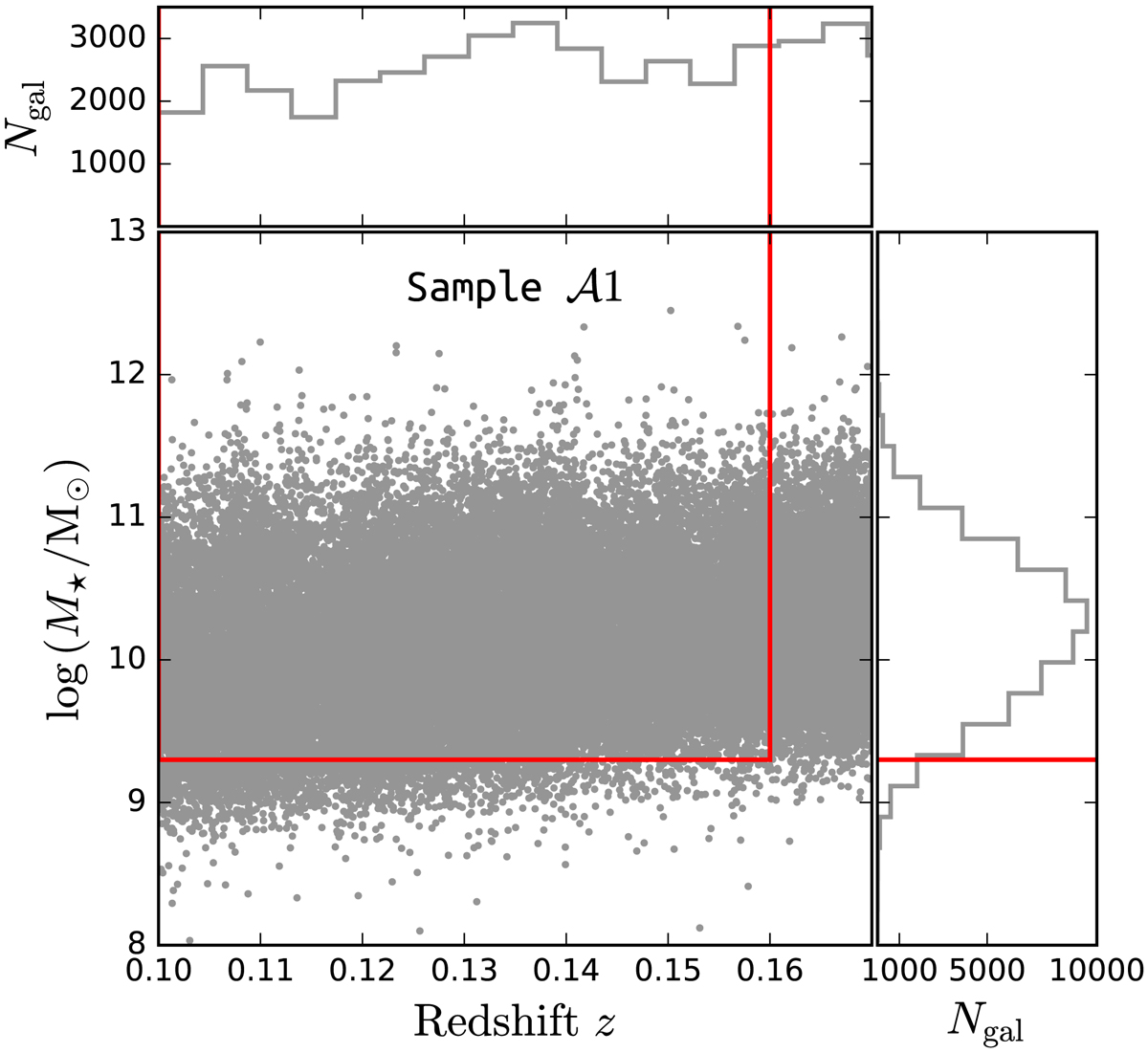