Off-centered spots of the enhanced gas velocity dispersion, σ, are revealed in some galaxies from the Mapping Nearby Galaxies at Apache Point Observatory survey (MaNGA). Aiming to clarify the origin of the spots of enhanced σ, we examine the distributions of the surface brightness, the line-of-sight velocity, the oxygen abundance, the gas velocity dispersion, and the Baldwin-Phillips-Terlevich spaxel classification in seven galaxies. We find that the enhanced σ spots in six galaxies can be attributed to a (minor) interaction with a satellite. Three galaxies in our sample have a very close satellite (the separation in the sky plane is comparable to the optical radius of the galaxy). The spots of enhanced σ in those galaxies are located at the edge of the galaxy close to the satellite. The spots of enhanced σ in three other galaxies are related to bright spots in the photometric B band within the galaxy, which can be due to the projection of a satellite in the line of sight of the galaxy. The oxygen abundances in the spots in these three galaxies are reduced. This suggests that the low-metallicity gas from the satellite is mixed with the interstellar medium of the disk, that is, the gas exchange between the galaxy and its satellite takes place. The spectra of the spaxels within a spot are usually H II-region-like, suggesting that the interaction (gas infall) in those galaxies does not result in appreciable shocks. In contrast, the spot of the enhanced σ in the galaxy M-8716-12703 is associated with an off-centered active galactic nucleus-like radiation distribution. One can suggest that the spot of the enhanced σ in the M-8716-12703 galaxy is different in origin, or that the characteristics of gas infall in this case differs from that in other galaxies. 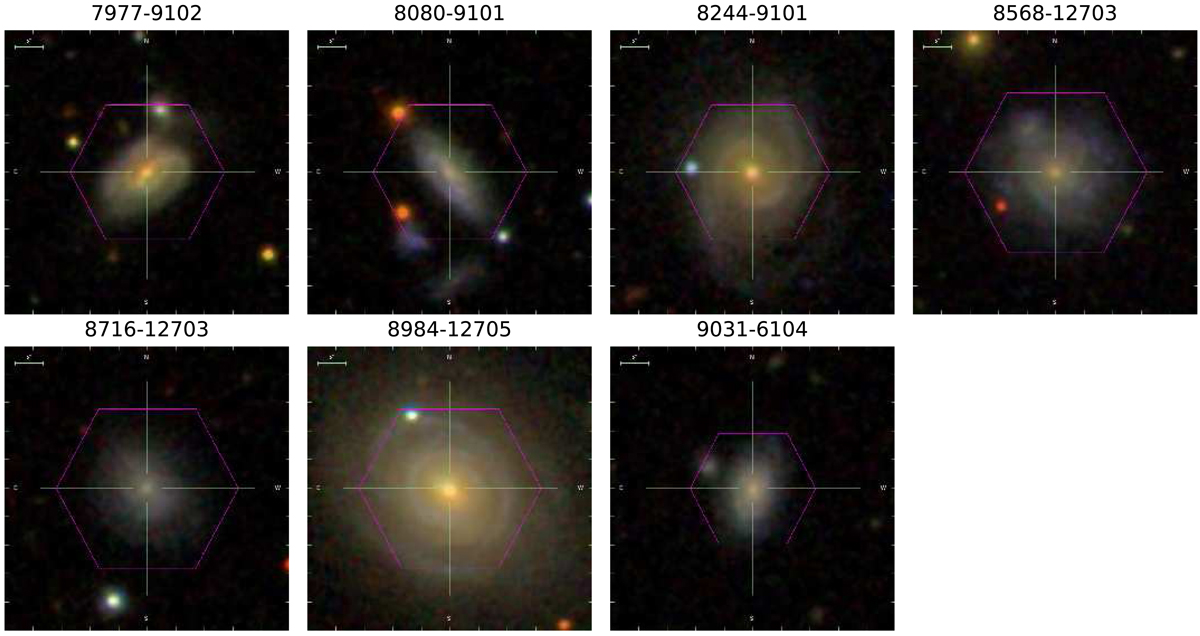