The oscillations of a slowly rotating star have long been classified into spheroidal and toroidal modes. The spheroidal modes include the well-known 5-min acoustic modes used in helioseismology. Here we report observations of the Sun's toroidal modes, for which the restoring force is the Coriolis force and whose periods are on the order of the solar rotation period. By comparing the observations with the normal modes of a differentially rotating spherical shell, we are able to identify many of the observed modes. These are the high-latitude inertial modes, the critical-latitude inertial modes, and the equatorial Rossby modes. In the model, the high-latitude and critical-latitude modes have maximum kinetic energy density at the base of the convection zone, and the high-latitude modes are baroclinically unstable due to the latitudinal entropy gradient. As a first application of inertial-mode helioseismology, we constrain the superadiabaticity and the turbulent viscosity in the deep convection zone.

Movie associated to Fig. 2 is available at https://www.aanda.org 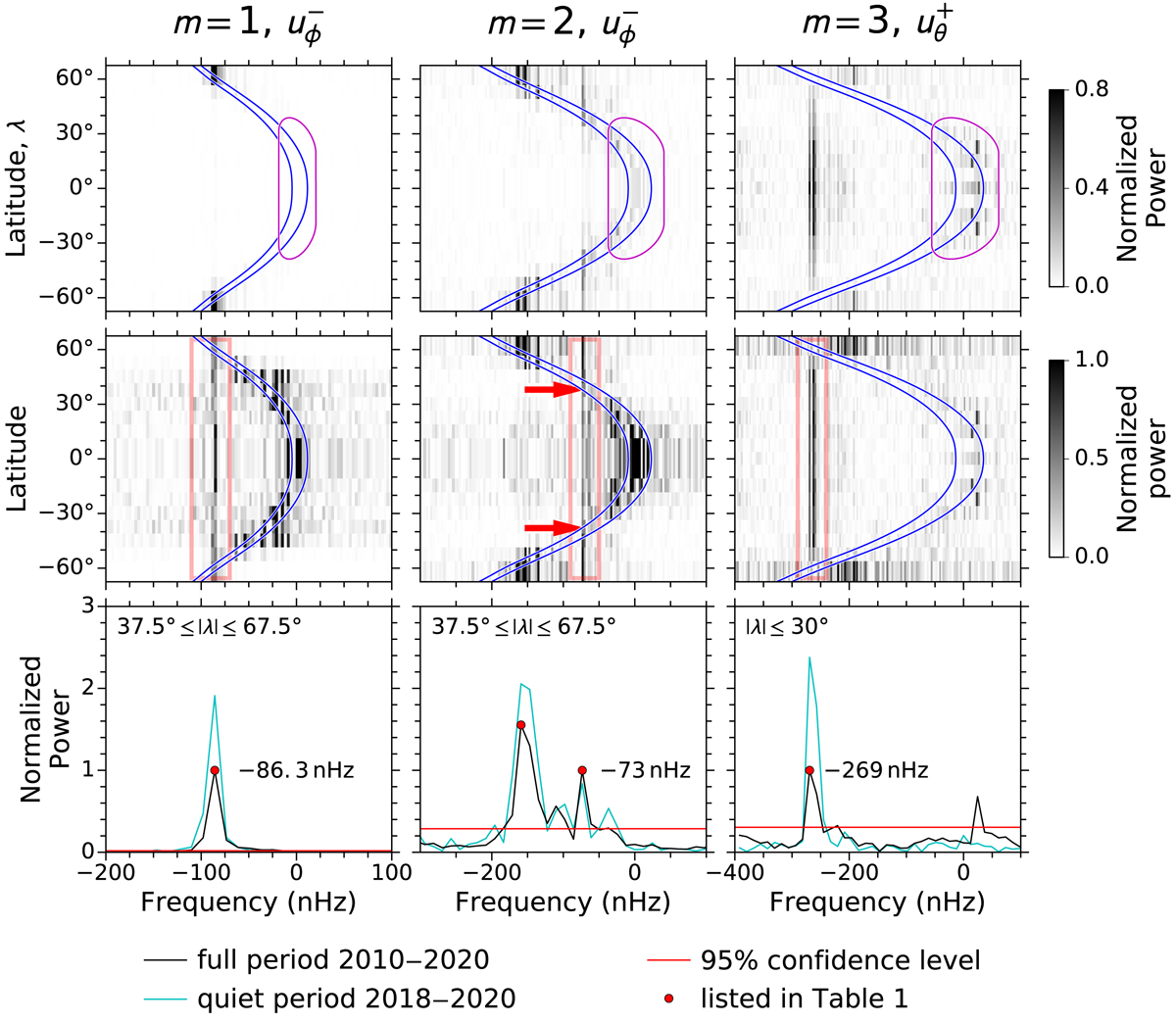