Context. In 2007, the young star 1SWASP J140747.93-394 542.6 (V1400 Cen) underwent a complex series of deep eclipses over 56 days. This was attributed to the transit of a ring system filling a large fraction of the Hill sphere of an unseen substellar companion. Subsequent photometric monitoring has not found any other deep transits from this candidate ring system, but if there are more substellar companions and if they are coplanar with the potential ring system, there is a chance that they will transit the star as well. This young star is active, and the light curves show a 5% modulation in amplitude with a dominant rotation period of 3.2 days due to starspots rotating into and out of view.
Aims: We model and remove the rotational modulation of the J1407 light curve and search for additional transit signatures of substellar companions orbiting around J1407.
Methods: We combine the photometry of J1407 from several observatories, spanning a 19 yr baseline. We remove the rotational modulation by modeling the variability as a periodic signal, whose periodicity changes slowly with time over several years due to the activity cycle of the star. A transit least squares (TLS) analysis is used to search for any periodic transiting signals within the cleaned light curve.
Results: We identify an activity cycle of J1407 with a period of 5.4 yr. A TLS search does not find any plausible periodic eclipses in the light curve, from 1.2% amplitude at 5 days up to 1.9% at 20 days. This sensitivity is confirmed by injecting artificial transits into the light curve and determining the recovery fraction as a function of transit depth and orbital period.
Conclusions: J1407 is confirmed as a young active star with an activity cycle consistent with a rapidly rotating solar mass star. With the rotational modulation removed, the TLS analysis reaches down to planetary mass radii for young exoplanets, ruling out transiting companions with radii larger than about 1 RJup. 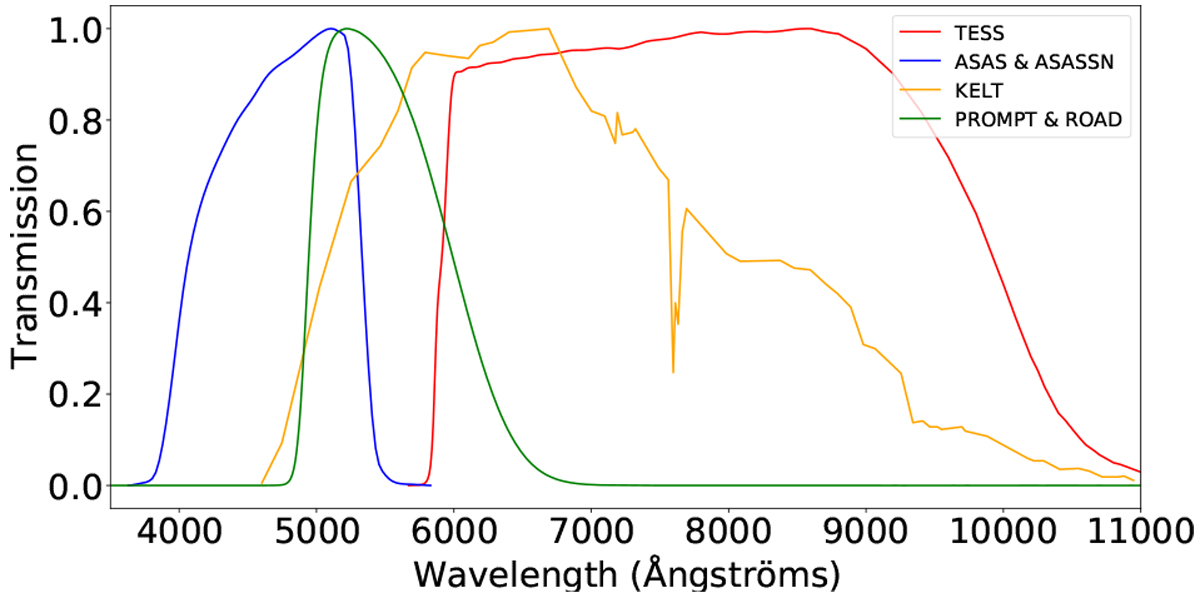