Aims: It has been suggested that planetary radii increase with stellar mass for planet sizes smaller than 6 R⊕ and host masses lower than 1 M⊙. In this study, we explore whether this inferred relation of planetary size and host star mass can be explained by a higher planetary mass of planets orbiting higher-mass stars, inflation of the planetary radius due to the difference in stellar irradiation, or different planetary compositions and structures.
Methods: Using exoplanetary data of planets with measured masses and radii, we investigated the relations between stellar mass and various planetary properties for G and K stars. We confirm that more massive stars host larger and more massive planets.
Results: We find that the differences in the planetary masses and temperatures are insufficient to explain the measured differences in radii for planets surrounding different stellar types. We show that the larger planetary radii can be explained by a larger fraction of volatile material (H-He atmospheres) in planets surrounding more massive stars.
Conclusions: We conclude that planets around more massive stars are most probably larger as a result of larger H-He atmospheres. Our findings imply that planets forming around more massive stars tend to accrete H-He atmospheres more efficiently. 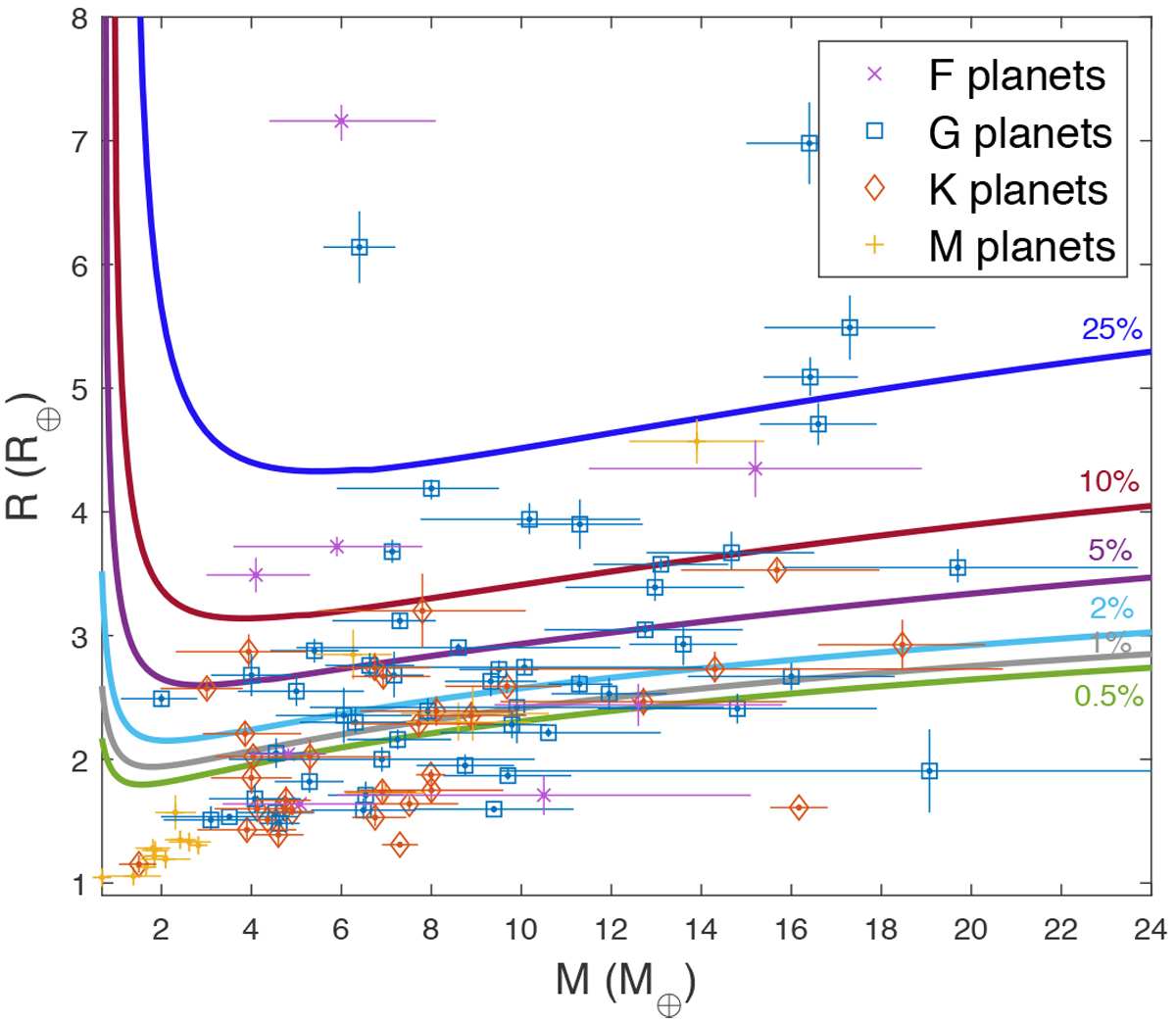