Context. The determination of solar wind H I outflow velocity is fundamental to shedding light on the mechanisms of wind acceleration occurring in the corona. Moreover, it has implications in various astrophysical contexts, such as in the heliosphere and in cometary and planetary atmospheres.
Aims: We aim to study the effects of the chromospheric Lyα line profile shape on the determination of the outflow speed of coronal H I atoms via the Doppler dimming technique. This is of particular interest in view of the upcoming measurements of the Metis coronagraph aboard the Solar Orbiter mission.
Methods: The Doppler dimming technique exploits the decrease of coronal Lyα radiation in regions where H I atoms flow out in the solar wind. Starting from UV observations of the coronal Lyα line from the Solar and Heliospheric Observatory (SOHO), aboard the UltraViolet Coronagraph Spectrometer, and simultaneous measurements of coronal electron densities from pB coronagraphic observations, we explored the effect of the profile of the pumping chromospheric Lyα line. We used measurements from the Solar UV Measurement of Emitted Radiation, aboard SOHO, the Ultraviolet Spectrometer and Polarimeter, aboard the Solar Maximum Mission, and the Laboratoire de Physique Stellaire et Planetaire, aboard the Eight Orbiting Solar Observatory, both from representative on-disc regions, such as coronal holes and quiet Sun and active regions, and as a function of time during the solar activity cycle. In particular, we considered the effect of four chromospheric line parameters: line width, reversal depth, asymmetry, and distance of the peaks.
Results: We find that the range of variability of the four line parameters is of about 50% for the width, 69% for the reversal depth, and 35% and 50% for the asymmetry and distance of the peaks, respectively. We then find that the variability of the pumping Lyα profile affects the estimates of the coronal H I velocity by about 9−12%. This uncertainty is smaller than the uncertainties due to variations of other physical quantities, such as electron density, electron temperature, H I temperature, and integrated chromospheric Lyα radiance.
Conclusions: Our work suggests that the observed variations in the chromospheric Lyα line profile parameters along a cycle and in specific regions negligibly affect the determination of the solar wind speed of H I atoms. Due to this weak dependence, a unique shape of the Lyα profile over the solar disc that is constant in time can be adopted to obtain the values of the solar wind H I outflow velocity. Moreover, the use of an empirical analytical chromospheric profile of the Lyα, assumed uniform over the solar disc and constant in time, is justifiable in order to obtain a good estimate of the coronal wind H I outflow velocity using coronagraphic UV images. 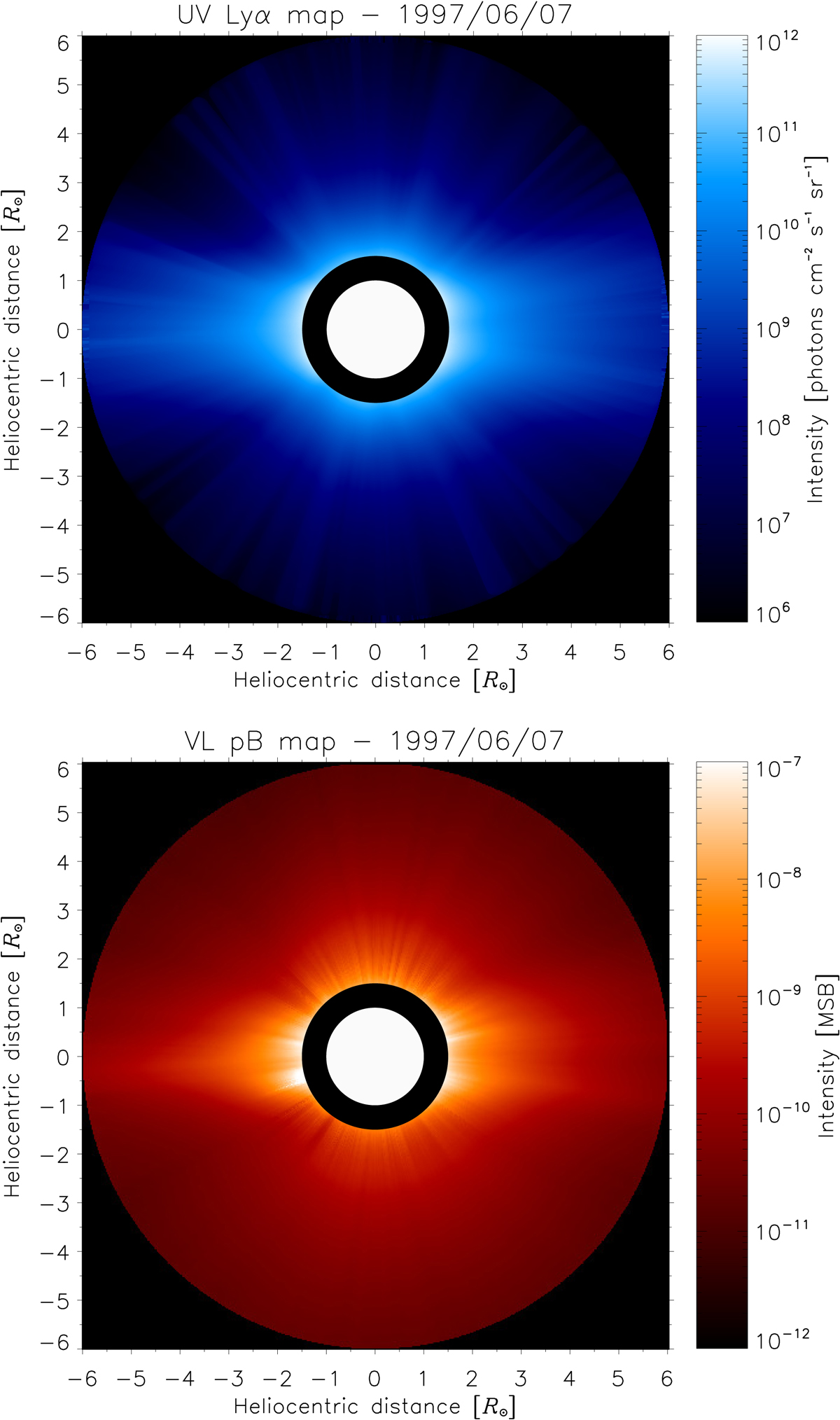