The emergence of passive galaxies in the early Universe

The emergence of passive galaxies in the early Universe results from the delicate interplay among the different physical processes responsible for their rapid assembly and the abrupt shut-down of their star formation activity. Investigating the individual properties and demographics of early passive galaxies improves our understanding of these mechanisms. In this work we present a follow-up analysis of the z > 3 passive galaxy candidates selected by Merlin et al. (2019, MNRAS, 490, 3309) in the CANDELS fields. We begin by first confirming the accuracy of their passive classification by exploiting their sub-millimetre emission to demonstrate the lack of ongoing star formation. Using archival ALMA observations we are able to confirm at least 61% of the observed candidates as passive. While the remainder lack sufficiently deep data for confirmation, we are able to validate the entire sample in a statistical sense. We then estimate the stellar mass function (SMF) of all 101 passive candidates in three redshift bins from z = 5 to z = 3. We adopt a stepwise approach that has the advantage of taking into account photometric errors, mass and selection completeness issues, as well as the Eddington bias, without any a posteriori correction. We observe a pronounced evolution in the SMF around z ∼ 4, indicating that we are witnessing the emergence of the passive population at this epoch. Massive (M > 1011 M⊙) passive galaxies, only accounting for a small (< 10%) fraction of galaxies at z > 4, become dominant at later epochs. Thanks to a combination of photometric quality, sample selection, and methodology, we overall find a higher density of passive galaxies than in previous works. The comparison with theoretical predictions, despite a qualitative agreement (at least for some of the models considered), denotes a still incomplete understanding of the physical processes responsible for the formation of these galaxies. Finally, we extrapolate our results to predict the number of early passive galaxies expected in surveys carried out with future facilities. 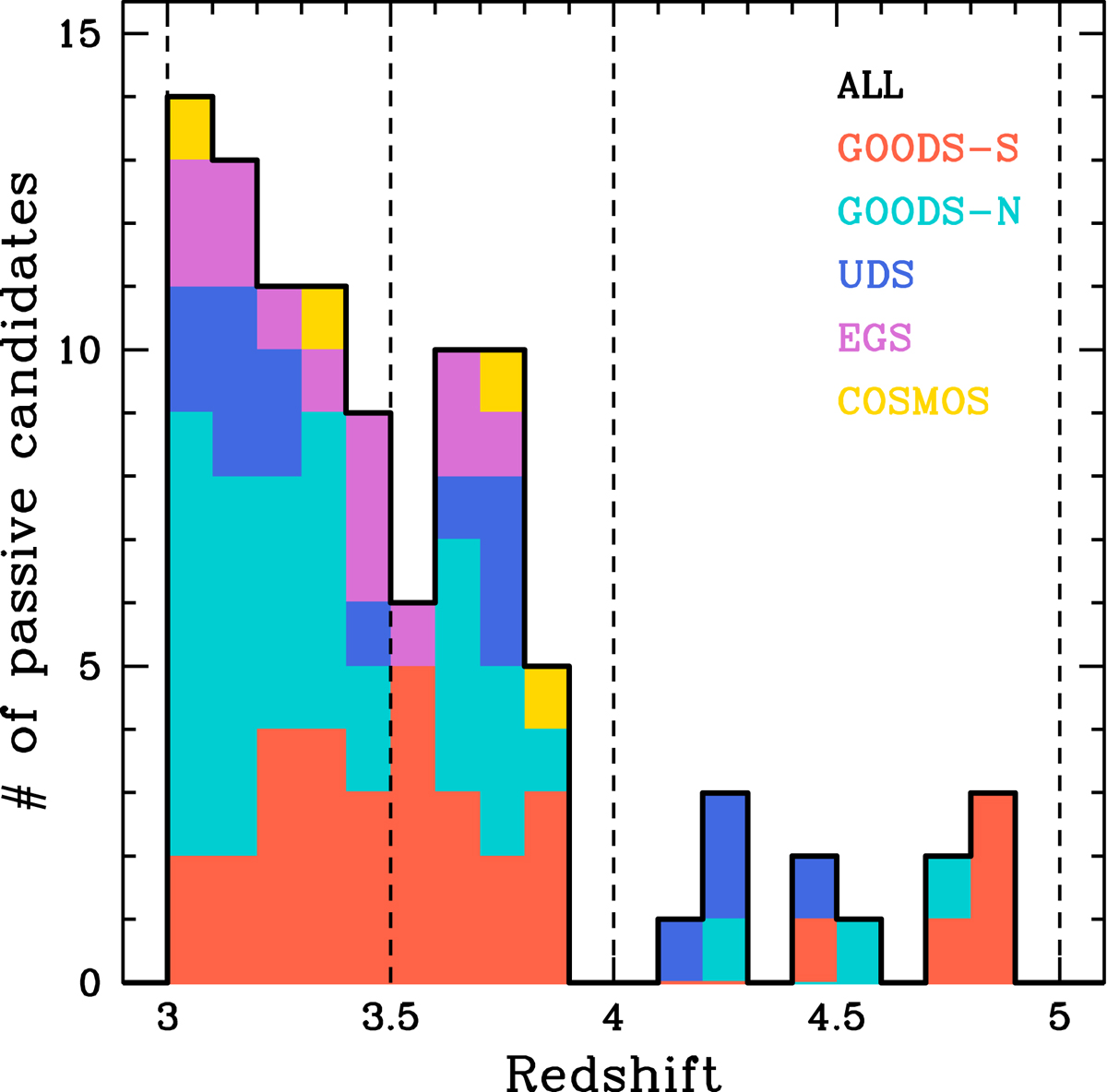