COALAS. I. ATCA CO(1-0) survey and luminosity function in the Spiderweb protocluster at z = 2.16

We report a detailed CO(1−0) survey of a galaxy protocluster field at z = 2.16, based on 475 h of observations with the Australia Telescope Compact Array. We constructed a large mosaic of 13 individual pointings, covering an area of 21 arcmin2 and ±6500 km s−1 range in velocity. We obtained a robust sample of 46 CO(1−0) detections spanning z = 2.09 − 2.22, constituting the largest sample of molecular gas measurements in protoclusters to date. The CO emitters show an overdensity at z = 2.12 − 2.21, suggesting a galaxy super-protocluster or a protocluster connected to large-scale filaments of ∼120 cMpc in size. We find that 90% of CO emitters have distances >0.′5−4′ to the center galaxy, indicating that small area surveys would miss the majority of gas reservoirs in similar structures. Half of the CO emitters have velocities larger than escape velocities, which appears gravitationally unbound to the cluster core. These unbound sources are barely found within the R200 radius around the center, which is consistent with a picture in which the cluster core is collapsed while outer regions are still in formation. Compared to other protoclusters, this structure contains a relatively higher number of CO emitters with relatively narrow line widths and high luminosities, indicating galaxy mergers. We used these CO emitters to place the first constraint on the CO luminosity function and molecular gas density in an overdense environment. The amplitude of the CO luminosity function is 1.6 ± 0.5 orders of magnitude higher than that observed for field galaxy samples at z ∼ 2, and one order of magnitude higher than predictions for galaxy protoclusters from semi-analytical SHARK models. We derive a high molecular gas density of 0.6 − 1.3 × 109 M⊙ cMpc−3 for this structure, which is consistent with predictions for cold gas density of massive structures from hydro-dynamical DIANOGA simulations. 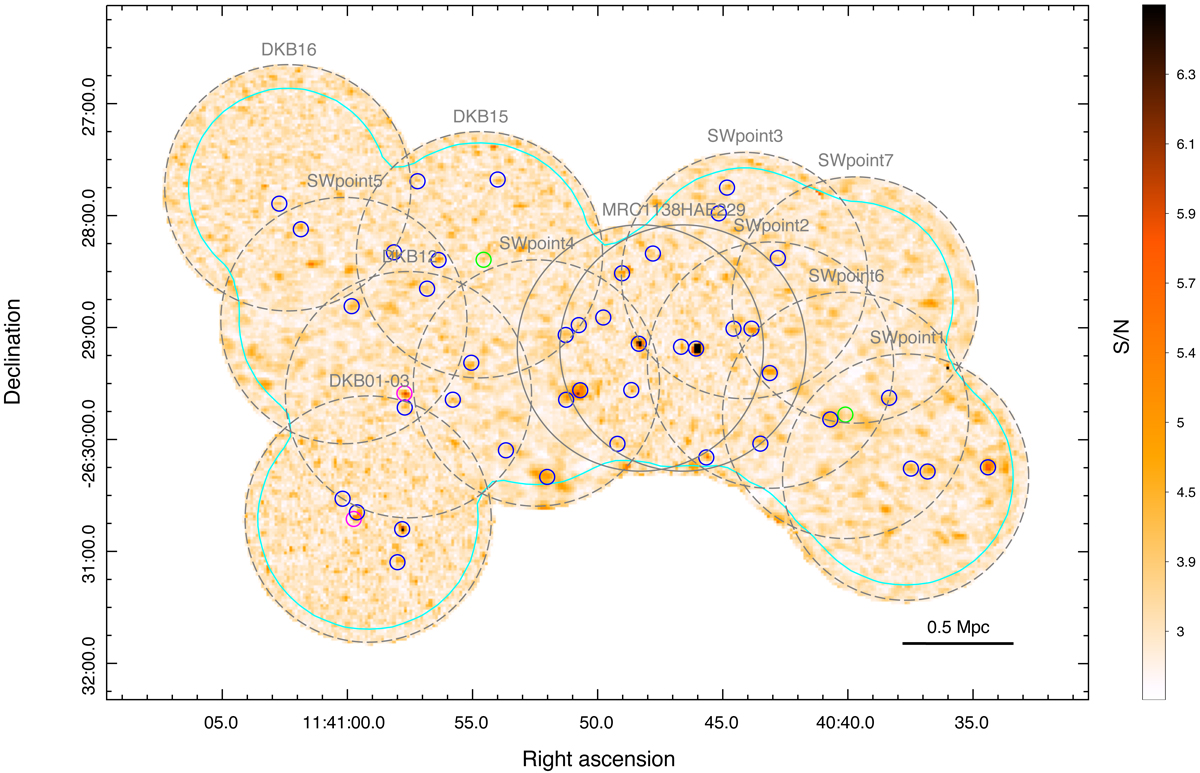