Hydrodynamical cosmological simulations are increasing their level of realism by considering more physical processes and having greater resolution or larger statistics. However, usually either the statistical power of such simulations or the resolution reached within galaxies are sacrificed. Here, we introduce the NEWHORIZON project in which we simulate at high resolution a zoom-in region of ∼(16 Mpc)3 that is larger than a standard zoom-in region around a single halo and is embedded in a larger box. A resolution of up to 34 pc, which is typical of individual zoom-in, up-to-date resimulated halos, is reached within galaxies; this allows the simulation to capture the multi-phase nature of the interstellar medium and the clumpy nature of the star formation process in galaxies. In this introductory paper, we present several key fundamental properties of galaxies and their black holes, including the galaxy mass function, cosmic star formation rate, galactic metallicities, the Kennicutt-Schmidt relation, the stellar-to-halo mass relation, galaxy sizes, stellar kinematics and morphology, gas content within galaxies and its kinematics, and the black hole mass and spin properties over time. The various scaling relations are broadly reproduced by NEWHORIZON with some differences with the standard observables. Owing to its exquisite spatial resolution, NEWHORIZON captures the inefficient process of star formation in galaxies, which evolve over time from being more turbulent, gas rich, and star bursting at high redshift. These high-redshift galaxies are also more compact, and they are more elliptical and clumpier until the level of internal gas turbulence decays enough to allow for the formation of discs. The NEWHORIZON simulation gives access to a broad range of galaxy formation and evolution physics at low-to-intermediate stellar masses, which is a regime that will become accessible in the near future through surveys such as the LSST. 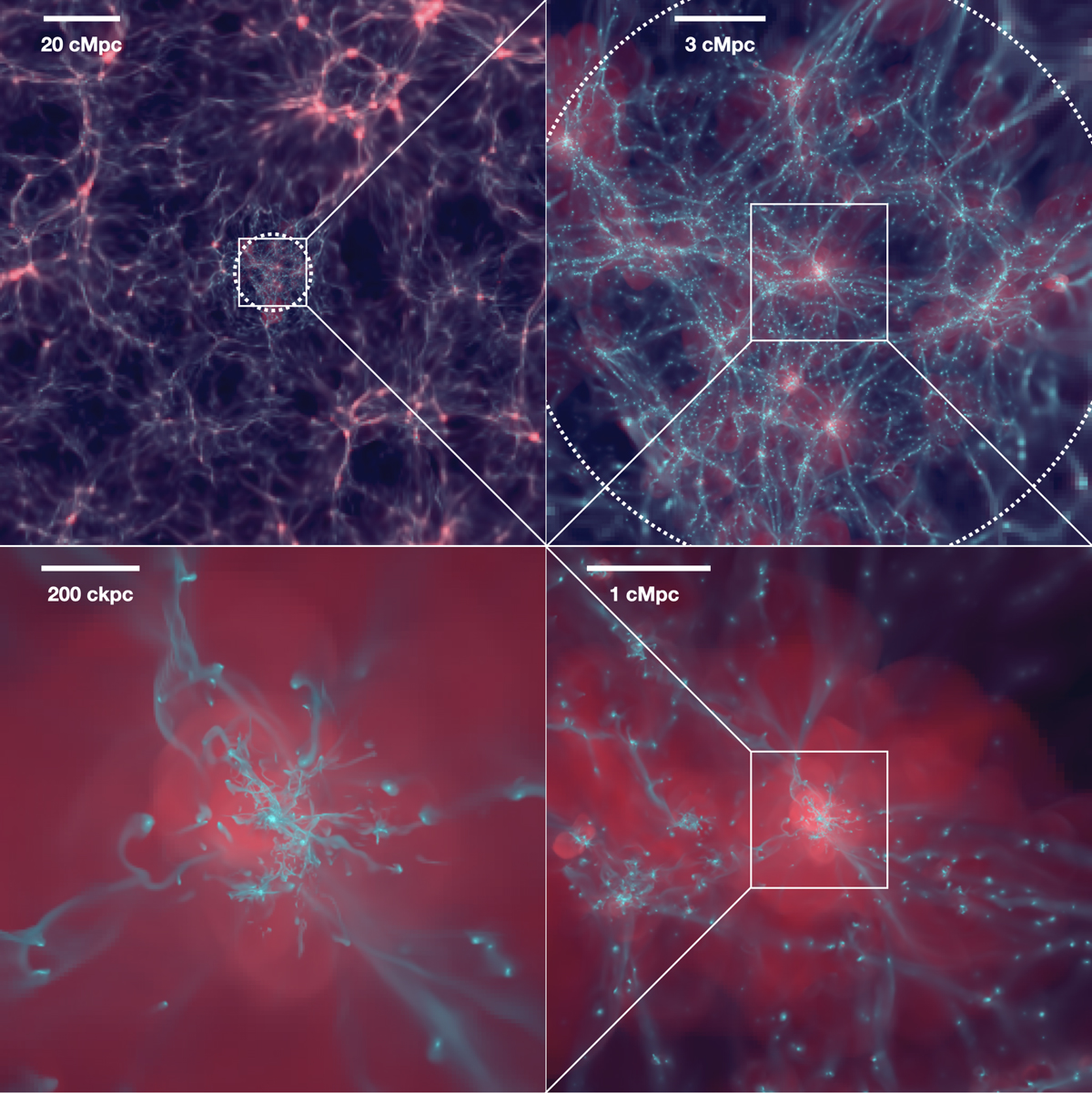