Optical spectroscopy of blazars for the Cherenkov Telescope Array

Context. Blazars are the most numerous class of high-energy (HE; E ∼ 50 MeV−100 GeV) and very high-energy (VHE; E ∼ 100 GeV−10 TeV) gamma-ray emitters. Currently, a measured spectroscopic redshift is available for only about 50% of gamma-ray BL Lacertae objects (BL Lacs), mainly due to the difficulty in measuring reliable redshifts from their nearly featureless continuum-dominated optical spectra. The knowledge of the redshift is fundamental for understanding the emission from blazars, for population studies and also for indirect studies of the extragalactic background light and searches for Lorentz invariance violation and axion-like particles using blazars.
Aims: This paper is the first in a series of papers that aim to measure the redshift of a sample of blazars likely to be detected with the upcoming Cherenkov Telescope Array (CTA), a ground-based gamma-ray observatory.
Methods: Monte Carlo simulations were performed to select those hard spectrum gamma-ray blazars detected with the Fermi-LAT telescope still lacking redshift measurements, but likely to be detected by CTA in 30 hours of observing time or less. Optical observing campaigns involving deep imaging and spectroscopic observations were organised to efficiently constrain their redshifts. We performed deep medium- to high-resolution spectroscopy of 19 blazar optical counterparts with the Keck II, SALT, and ESO NTT telescopes. We searched systematically for spectral features and, when possible, we estimated the contribution of the host galaxy to the total flux.
Results: We measured eleven firm spectroscopic redshifts with values ranging from 0.1116 to 0.482, one tentative redshift, three redshift lower limits including one at z ≥ 0.449 and another at z ≥ 0.868. Four BL Lacs show featureless spectra.

Based on observations collected at the European Organisation for Astronomical Research in the Southern Hemisphere, Chile, under programmes P103.B-0430(A). The raw FITS data files are available in the ESO archive. Some of the data presented herein were obtained at the W. M. Keck Observatory, which is operated as a scientific partnership among the California Institute of Technology, the University of California, and the National Aeronautics and Space Administration. The Observatory was made possible by the generous financial supp ort of the W. M. Keck Foundation. Based on observations made with the Southern African Large Telescope (SALT) under programme 2019-2-SCI-044 (PI E. Kasai). 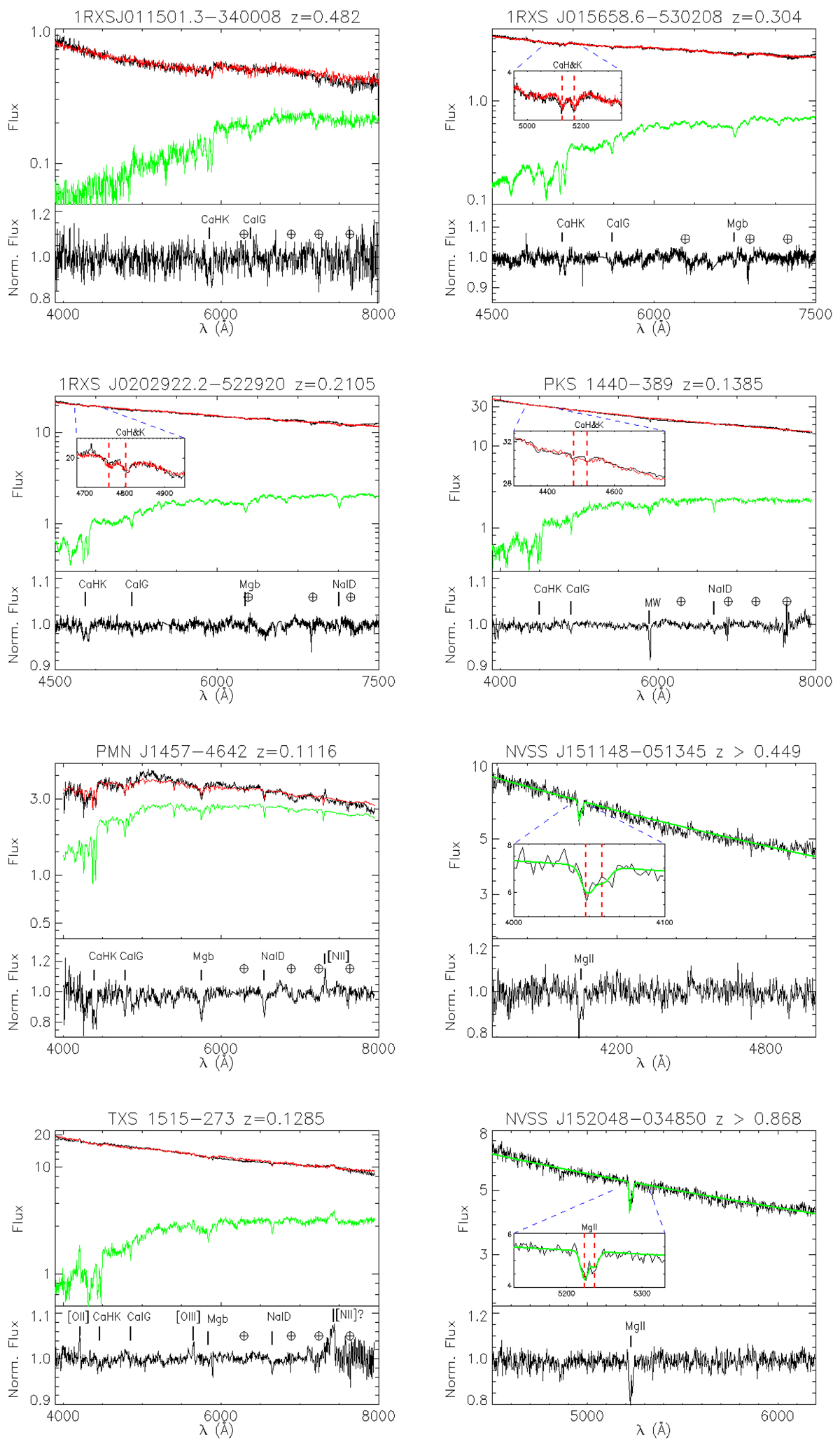