Context. Recent studies of the solar wind sunward of 0.25 AU reveal that it contains quiescent regions, with low-amplitude plasma and magnetic field fluctuations, and a magnetic field direction similar to the Parker spiral. The quiescent regions are thought to have a more direct magnetic connection to the solar corona than other types of solar wind, suggesting that waves or instabilities in the quiescent regions are indicative of the early evolution of the solar wind as it escapes the corona. The quiescent solar wind regions are highly unstable to the formation of plasma waves near the electron cyclotron frequency (fce).
Aims: We examine high time resolution observations of these waves in an effort to understand their impact on electron distribution functions of the quiescent near-Sun solar wind.
Methods: High time resolution waveform captures of near-fce waves were examined to determine variations of their amplitude and frequency in time as well as their polarization properties.
Results: We demonstrate that the near-fce wave intervals contain several distinct wave types, including electron Bernstein waves and extremely narrowband waves that are highly sensitive to the ambient magnetic field orientation. Using the properties of these waves, we suggest possible plasma wave mode classifications and possible instabilities that generate these waves. The results of this analysis indicate that these waves may modify the cold core of the electron distribution functions in the quiescent near-Sun solar wind. 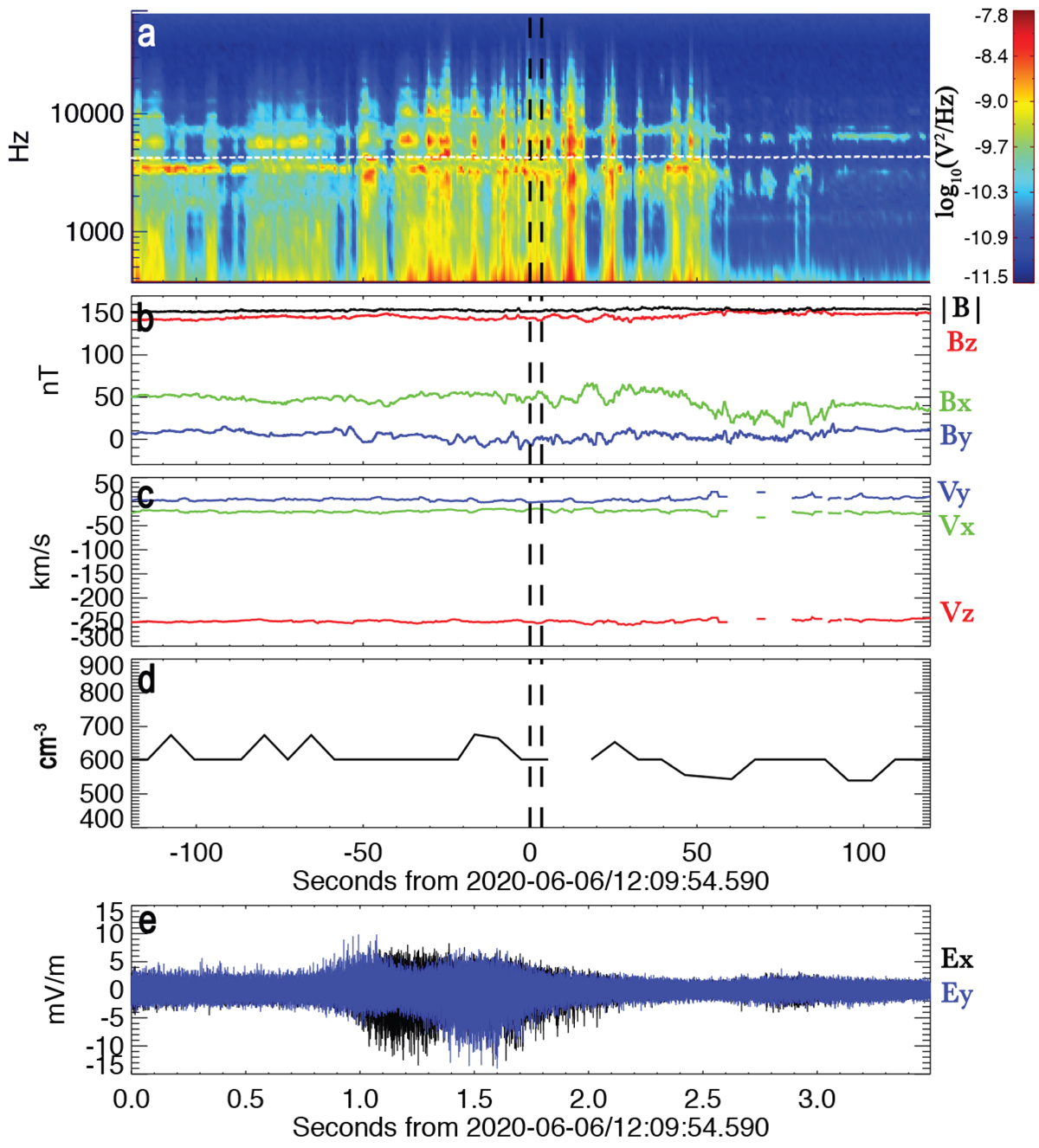