Context. Silicon solid-state detectors are commonly used for measuring the specific ionization, dE∕dx, in instruments designed for identifying energetic nuclei using the dE∕dx versus total energy technique in space and in the laboratory. The energy threshold and species resolution of the technique strongly depend on the thickness and thickness uniformity of these detectors.
Aims: Research has been carried out to develop processes for fabricating detectors that are thinner than 15 μm, that have a thickness uniformity better than 0.2 μm over cm2 areas, and that are rugged enough to survive the acoustic and vibration environments of a spacecraft launch.
Methods: Silicon-on-insulator wafers that have a device layer of the desired detector thickness supported by a thick handle layer were used as starting material. Standard processing techniques were used to fabricate detectors on the device layer, and the underlying handle-layer material was etched away leaving a thin, uniform detector surrounded by a thick, supporting frame.
Results: Detectors as thin as 12 μm were fabricated in two laboratories and successfully subjected to environmental and performance tests. Two detector designs were used in the High-energy Energetic Particles Instrument, which is part of the Integrated Science Investigation of the Sun instrument suite on NASA's Parker Solar Probe spacecraft. These detectors have been performing well for more than two years in space.
Conclusions: Thin silicon detectors in d E∕dx versus total energy instruments enable the identification of nuclei with energies down to ~1 MeV nuc−1. This research suggests that detectors at least a factor of two thinner should be achievable using this fabrication technique. 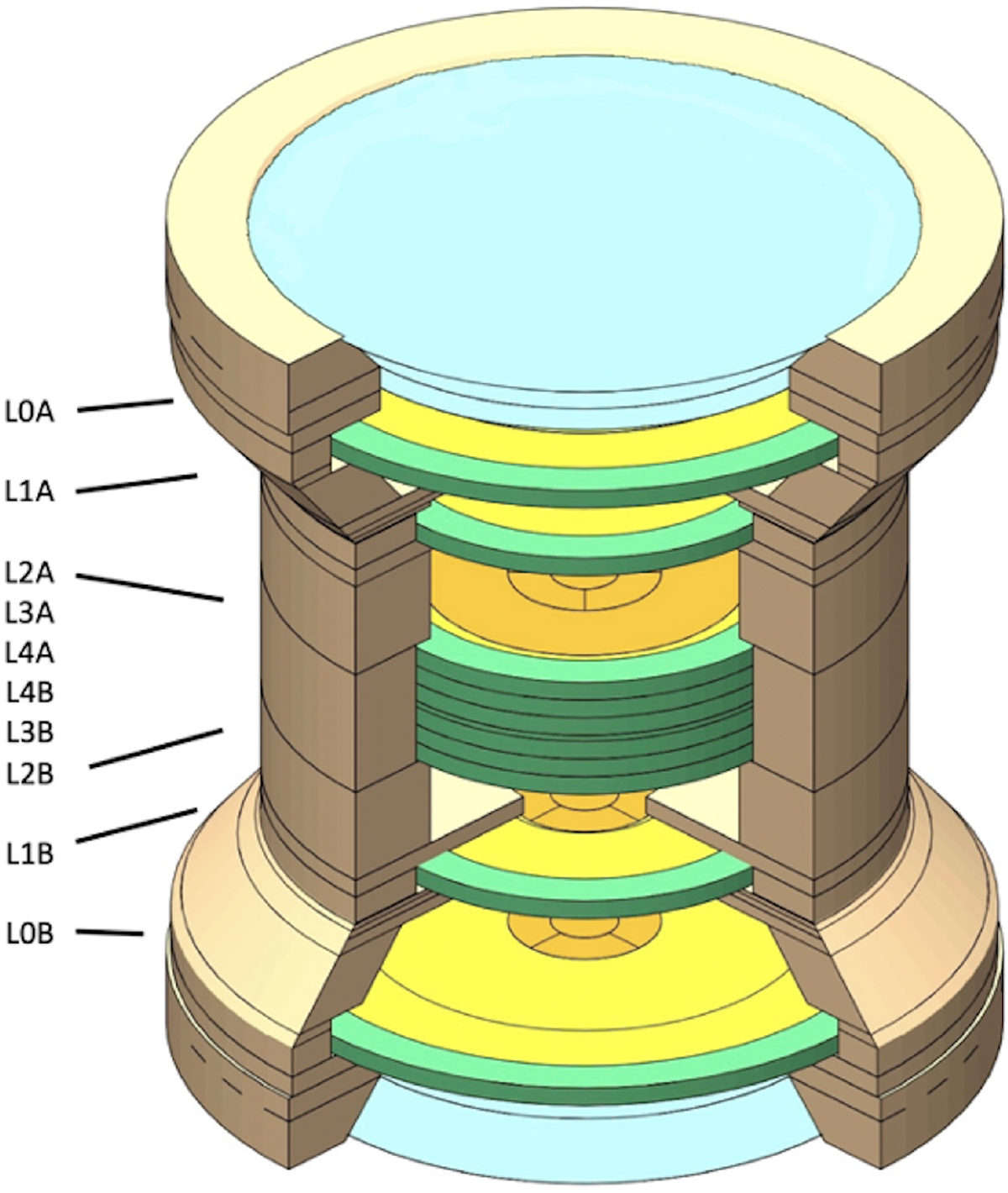