Context. We investigated the source of a type III radio burst storm during encounter 2 of NASA's Parker Solar Probe (PSP) mission.
Aims: It was observed that in encounter 2 of NASA's PSP mission there was a large amount of radio activity and, in particular, a noise storm of frequent, small type III bursts from 31 March to 6 April 2019. Our aim is to investigate the source of these small and frequent bursts.
Methods: In order to do this, we analysed data from the Hinode EUV Imaging Spectrometer, PSP FIELDS, and the Solar Dynamics Observatory Atmospheric Imaging Assembly. We studied the behaviour of active region 12737, whose emergence and evolution coincides with the timing of the radio noise storm and determined the possible origins of the electron beams within the active region. To do this, we probed the dynamics, Doppler velocity, non-thermal velocity, FIP bias, and densities, and carried out magnetic modelling.
Results: We demonstrate that although the active region on the disc produces no significant flares, its evolution indicates it is a source of the electron beams causing the radio storm. They most likely originate from the area at the edge of the active region that shows strong blue-shifted plasma. We demonstrate that as the active region grows and expands, the area of the blue-shifted region at the edge increases, which is also consistent with the increasing area where large-scale or expanding magnetic field lines from our modelling are anchored. This expansion is most significant between 1 and 4 April 2019, coinciding with the onset of the type III storm and the decrease of the individual burst's peak frequency, indicating that the height at which the peak radiation is emitted increases as the active region evolves. 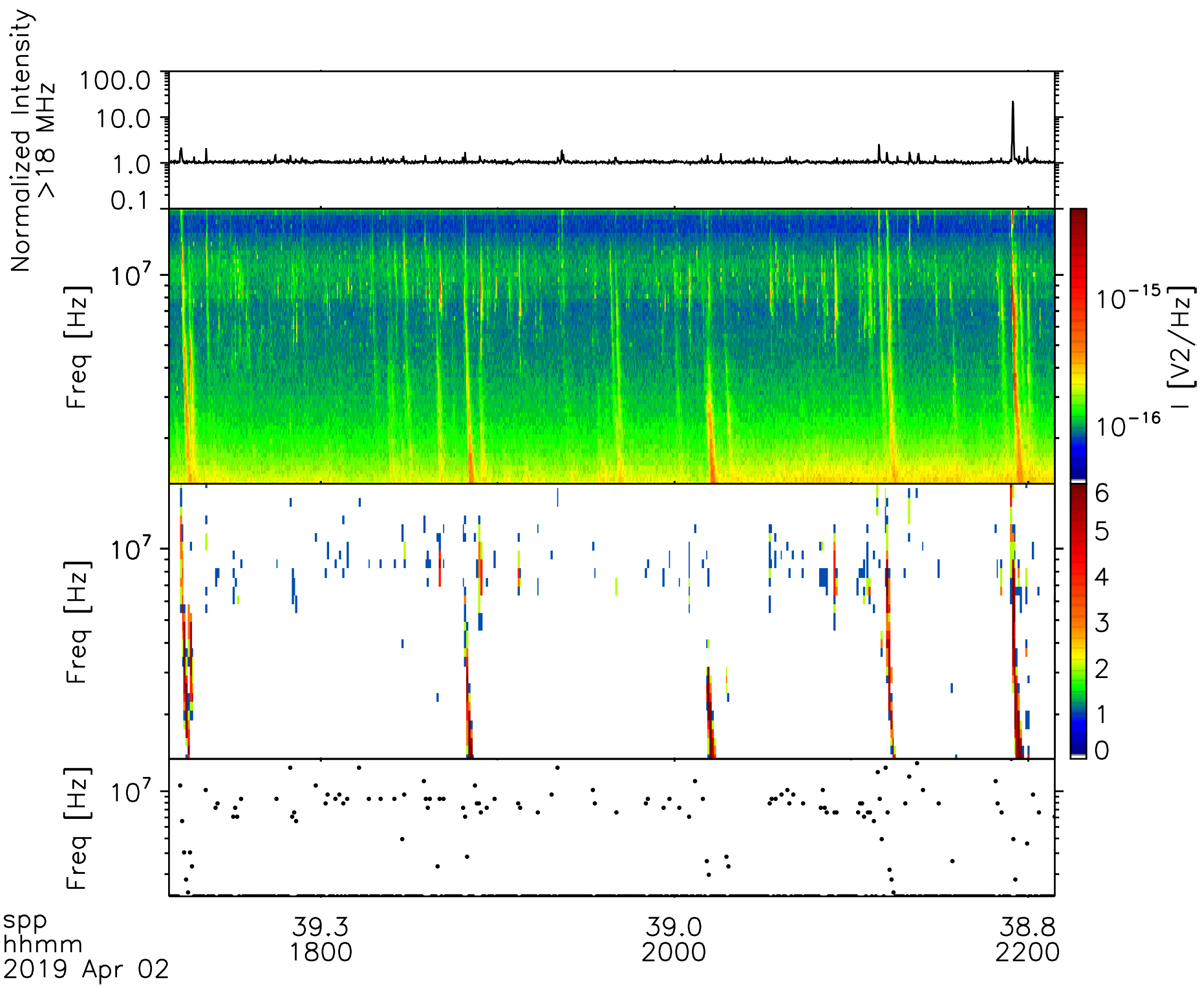