Optical emission lines in the most massive galaxies: Morphology, kinematics, and ionisation properties

In order to better characterise the upper end of the galaxy stellar mass range, the MUSE Most Massive Galaxies (M3G) Survey targeted the most massive galaxies (M > 1012 M⊙) found in the densest known clusters of galaxies at z ∼ 0.046. The sample is composed of 25 early-type galaxies: 14 brightest cluster galaxies (BCGs), of which 3 are in the densest region of the Shapley super cluster (SSC), and 11 massive satellites in the SSC. In the present work we use MUSE data to derive the spatial distribution and kinematics of the gas and discuss its ionisation mechanism and origin in the optical wavelength range. We fit the continuum of the spectra using an extensive library of single stellar population models and model the emission lines employing up to three Gaussian functions. In the M3G sample, ionised gas was detected in five BCGs, of which one is in the densest region of the SSC, and six massive satellites in the SSC. Among these objects, [O I] and [N I] were detected in three BCGs and one satellite. The gas is centrally concentrated in almost all objects, except for two BCGs that show filaments and two massive satellites with extended emission. Moreover, the emission line profiles of three BCGs present redshifted and/or blueshifted components. The presence of dust was revealed by analysing Balmer line ratios, obtaining a mean E(B − V) of 0.2-0.3. The emission-line diagnostic diagrams show predominately low-ionisation nuclear emission-line regions line ratios with little contamination from star formation. In the M3G sample, the gas was detected in 80% of fast rotators and 35% of slow rotators. The orientations of stellar and gaseous rotations are aligned with respect to each other for 60% of satellites and 25% of BCGs. The presence of misalignments points to an external origin of the gas for three BCGs and two satellites. On the other hand, some of these systems are characterised by triaxial and prolate-like stellar rotation, which could support an internal origin of the gas even in the case of misalignments. 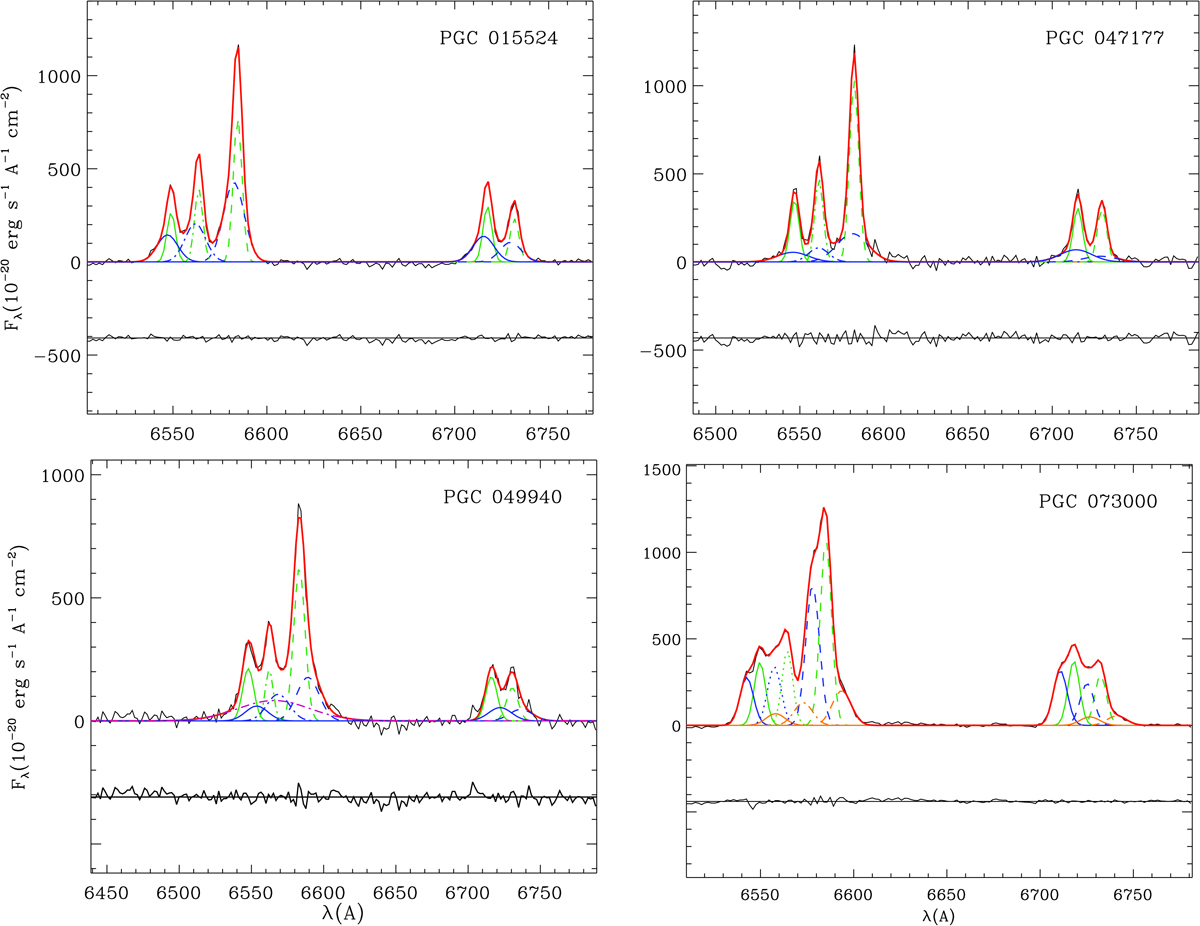