Determining the architecture of multi-planetary systems is one of the cornerstones of understanding planet formation and evolution. Resonant systems are especially important as the fragility of their orbital configuration ensures that no significant scattering or collisional event has taken place since the earliest formation phase when the parent protoplanetary disc was still present. In this context, TOI-178 has been the subject of particular attention since the first TESS observations hinted at the possible presence of a near 2:3:3 resonant chain. Here we report the results of observations from CHEOPS, ESPRESSO, NGTS, and SPECULOOS with the aim of deciphering the peculiar orbital architecture of the system. We show that TOI-178 harbours at least six planets in the super-Earth to mini-Neptune regimes, with radii ranging from 1.152−0.070+0.073 to 2.87−0.13+0.14 Earth radii and periods of 1.91, 3.24, 6.56, 9.96, 15.23, and 20.71 days. All planets but the innermost one form a 2:4:6:9:12 chain of Laplace resonances, and the planetary densities show important variations from planet to planet, jumping from 1.02−0.23+0.28 to 0.177−0.061+0.055 times the Earth's density between planets c and d. Using Bayesian interior structure retrieval models, we show that the amount of gas in the planets does not vary in a monotonous way, contrary to what one would expect from simple formation and evolution models and unlike other known systems in a chain of Laplace resonances. The brightness of TOI-178 (H = 8.76 mag, J = 9.37 mag, V = 11.95 mag) allows for a precise characterisation of its orbital architecture as well as of the physical nature of the six presently known transiting planets it harbours. The peculiar orbital configuration and the diversity in average density among the planets in the system will enable the study of interior planetary structures and atmospheric evolution, providing important clues on the formation of super-Earths and mini-Neptunes. 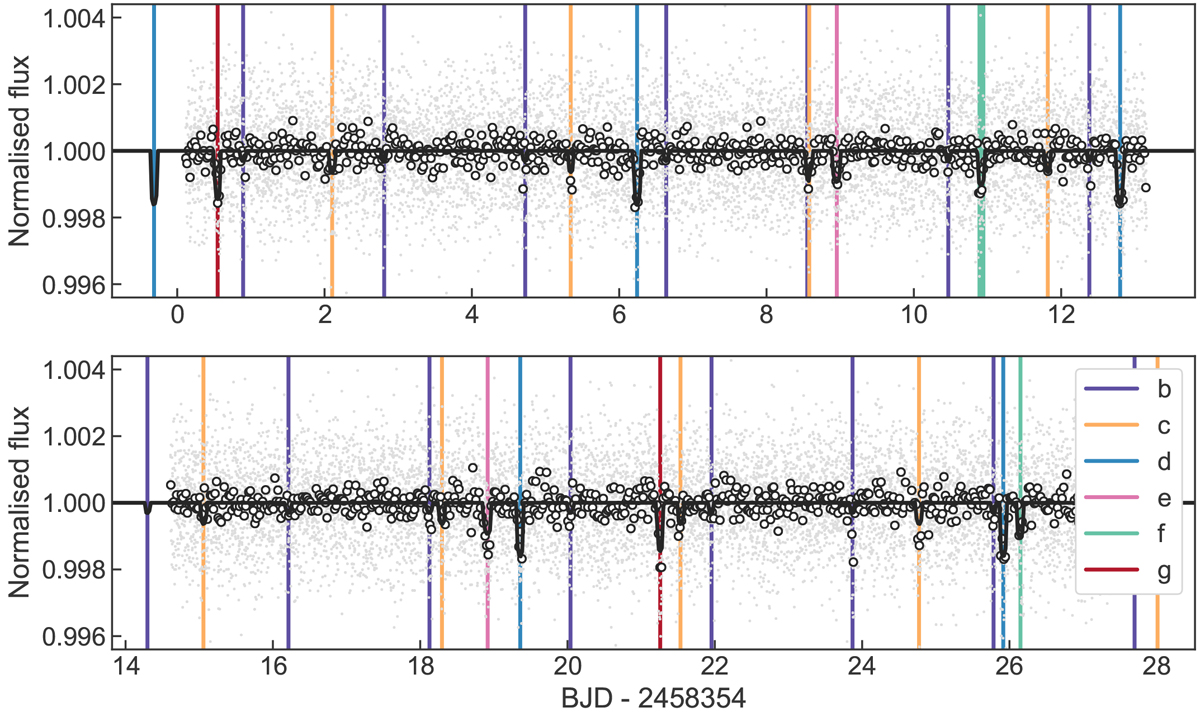