Eclipsing binaries (EBs) are unique targets for measuring accurate stellar properties and constraining stellar evolution models. In particular, it is possible to measure masses and radii at the few percent level for both components of a double-lined spectroscopic EB (SB2-EB). On the one hand, detached EBs hosting at least one star with detectable solar-like oscillations constitute ideal test objects to verify the ability of ensemble asteroseismology to derive stellar properties. On the other hand, the oscillations and surface activity of stars that belong to EBs offer unique information about the evolution of binary systems. This paper builds upon previous works dedicated to red giant stars (RG) in EBs; so far 20 known systems have been discovered by the NASA Kepler mission. We report the discovery of 16 RGs in EBs, which are also from the Kepler data, leading to a total of 36 confirmed RG stars in EBs from the original Kepler mission. This new sample includes three SB2-EBs with oscillations, resulting in a total of 14 known SB2-EBs with an oscillating RG component. This sample also includes six close systems in which the RG display a clear surface activity and complete oscillation suppression. Based on dedicated high-resolution spectroscopic observations (Apache Point Observatory, Observatoire de Haute Provence), we focus on three main aspects. Firstly, from the extended sample of 14 SB2-EBs, we confirm that the simple application of the asteroseismic scaling relations to RGs overestimates masses and radii of RGs by about 15% and 5%. This bias can be reduced by employing either new asteroseismic reference values for RGs or model-based corrections of the asteroseismic parameters. Secondly, we confirm that close binarity leads to a high level of photometric modulation (up to 10%) and a suppression of solar-like oscillations. In particular, we show that it reduces the lifetime of radial modes by a factor of up to 10. Thirdly, we use our 16 new systems to complement previous observational studies that aimed to constrain tidal dissipation in interacting binaries. We confirm the important role of the equilibrium tide in binary evolution, but we also identify systems with circular orbits despite relatively young ages, which suggests the need to explore complementary tidal dissipation mechanisms in the future. Finally, as a by-product, we report the measurements of mass, radius, and age of three M-dwarf companion stars. 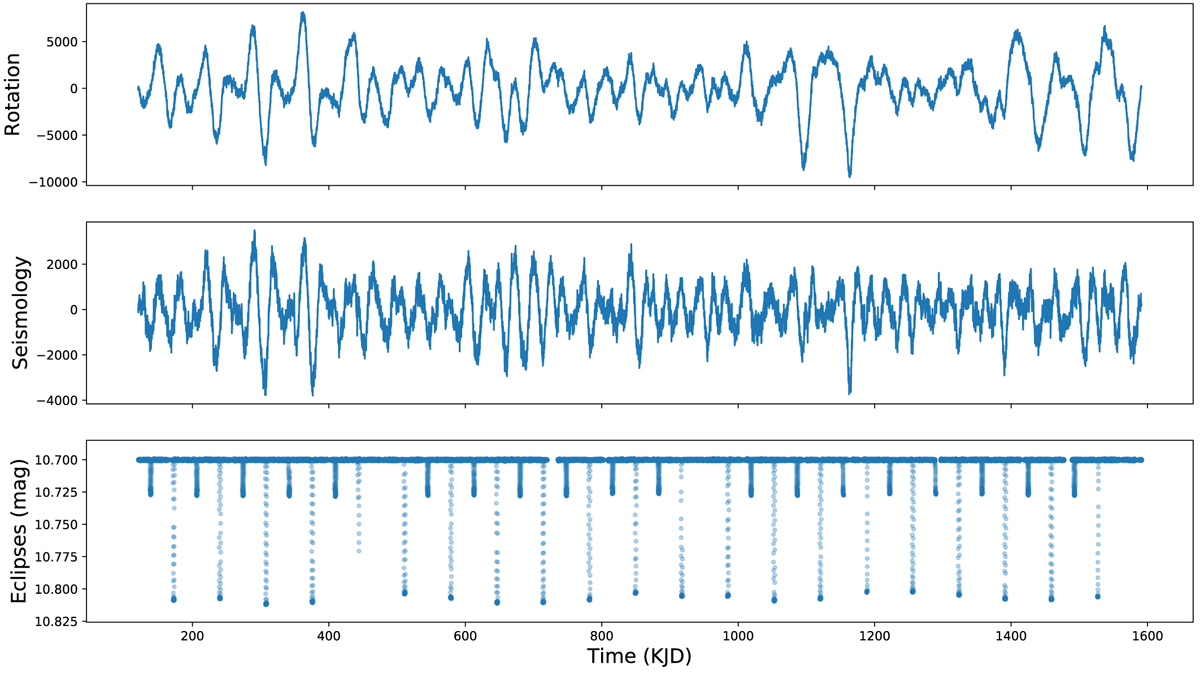