Context. The solar telescope connected to HARPS-N has been observing the Sun since the summer of 2015. Such a high-cadence, long-baseline data set is crucial for understanding spurious radial-velocity signals induced by our Sun and by the instrument. On the instrumental side, this data set allowed us to detect sub- m s−1 systematics that needed to be corrected for.
Aims: The goals of this manuscript are to (i) present a new data reduction software for HARPS-N, (ii) demonstrate the improvement brought by this new software during the first three years of the HARPS-N solar data set, and (iii) release all the obtained solar products, from extracted spectra to precise radial velocities.
Methods: To correct for the instrumental systematics observed in the data reduced with the current version of the HARPS-N data reduction software (DRS version 3.7), we adapted the newly available ESPRESSO DRS (version 2.2.3) to HARPS-N and developed new optimised recipes for the spectrograph. We then compared the first three years of HARPS-N solar data reduced with the current and new DRS.
Results: The most significant improvement brought by the new DRS is a strong decrease in the day-to-day radial-velocity scatter, from 1.27 to 1.07 m s−1; this is thanks to a more robust method to derive wavelength solutions, but also to the use of calibrations closer in time. The newly derived solar radial-velocities are also better correlated with the chromospheric activity level of the Sun in the long term, with a Pearson correlation coefficient of 0.93 compared to 0.77 before, which is expected from our understanding of stellar signals. Finally, we also discuss how HARPS-N spectral ghosts contaminate the measurement of the calcium activity index, and we present an efficient technique to derive an index free of instrumental systematics.
Conclusions: This paper presents a new data reduction software for HARPS-N and demonstrates its improvements, mainly in terms of radial-velocity precision, when applied to the first three years of the HARPS-N solar data set. Those newly reduced solar data, representing an unprecedented time series of 34 550 high-resolution spectra and precise radial velocities, are released alongside this paper. Those data are crucial to understand stellar activity signals in solar-type stars further and develop the mitigating techniques that will allow us to detect other Earths. 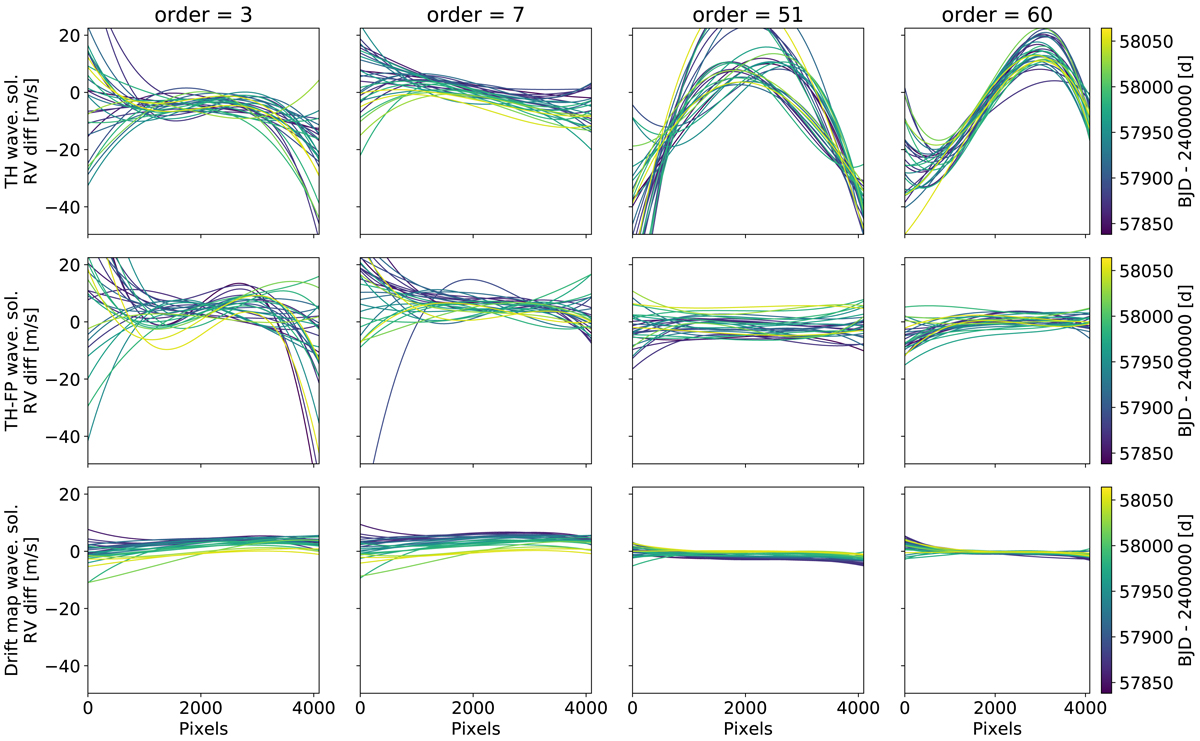