Context. To understand the origin and formation pathway of wide-orbit gas giant planets, it is necessary to expand the limited sample of these objects. The mass of exoplanets derived with spectrophotometry, however, varies strongly as a function of the age of the system and the mass of the primary star.
Aims: By selecting stars with similar ages and masses, the Young Suns Exoplanet Survey (YSES) aims to detect and characterize planetary-mass companions to solar-type host stars in the Scorpius-Centaurus association.
Methods: Our survey is carried out with VLT/SPHERE with short exposure sequences on the order of 5 min per star per filter. The subtraction of the stellar point spread function (PSF) is based on reference star differential imaging using the other targets (with similar colors and magnitudes) in the survey in combination with principal component analysis. Two astrometric epochs that are separated by more than one year are used to confirm co-moving companions by proper motion analysis.
Results: We report the discovery of YSES 2b, a co-moving, planetary-mass companion to the K1 star YSES 2 (TYC 8984-2245-1, 2MASS J11275535-6626046). The primary has a Gaia EDR3 distance of 110 pc, and we derive a revised mass of 1.1 M⊙ and an age of approximately 14 Myr. We detect the companion in two observing epochs southwest of the star at a position angle of 205° and with a separation of ~1."05, which translates to a minimum physical separation of 115 au at the distance of the system. Photometric measurements in the H and Ks bands are indicative of a late L spectral type, similar to the innermost planets around HR 8799. We derive a photometric planet mass of 6.3−0.9+1.6 MJup using AMES-COND and AMES-dusty evolutionary models; this mass corresponds to a mass ratio of q = (0.5 ± 0.1)% with the primary. This is the lowest mass ratio of a direct imaging planet around a solar-type star to date. We discuss potential formation mechanisms and find that the current position of the planet is compatible with formation by disk gravitational instability, but its mass is lower than expected from numerical simulations. Formation via core accretion must have occurred closer to the star, yet we do not find evidence that supports the required outward migration, such as via scattering off another undiscovered companion in the system. We can exclude additional companions with masses greater than 13 MJup in the full field of view of the detector (0."15<ρ<5."50), at 0."5 we can rule out further objects that are more massive than 6 MJup, and for projected separations ρ >2" we are sensitive to planets with masses as low as 2 MJup.
Conclusions: YSES 2b is an ideal target for follow-up observations to further the understanding of the physical and chemical formation mechanisms of wide-orbit Jovian planets. The YSES strategy of short snapshot observations (≤5 min) and PSF subtraction based on a large reference library proves to be extremely efficient and should be considered for future direct imaging surveys. 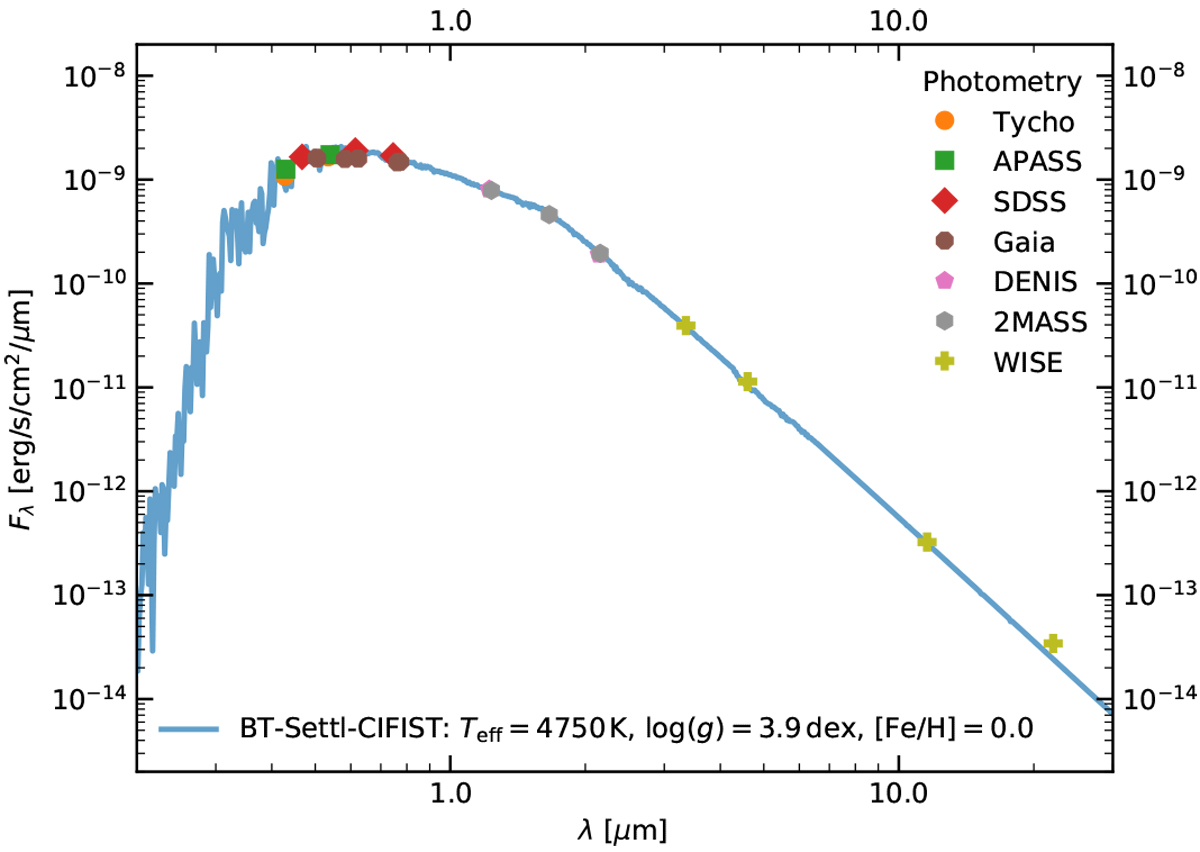