APOGEE spectroscopic evidence for chemical anomalies in dwarf galaxies: The case of M 54 and Sagittarius

We present evidence for globular cluster stellar debris in a dwarf galaxy system (Sagittarius; Sgr) based on an analysis of high-resolution H-band spectra from the Apache Point Observatory Galactic Evolution Experiment (APOGEE) survey. We add [N/Fe], [Ti/Fe], and [Ni/Fe] abundance ratios to the existing sample of potential members of M 54; this is the first time that [N/Fe] abundances are derived for a large number of stars in M 54. Our study reveals the existence of a significant population of nitrogen- (with a large spread, ≳1 dex) and aluminum-enriched stars with moderate Mg depletions in the core of the M 54+Sgr system, which share the light element anomalies characteristic of second-generation globular cluster stars (GC), thus tracing the typical phenomenon of multiple stellar populations seen in other Galactic GCs at similar metallicity, confirming earlier results based on the Na-O anti-correlation. We further show that most of the stars in M 54 exhibit different chemical patterns evidently not present in Sgr field stars. Furthermore, we report the serendipitous discovery of a nitrogen-enhanced extra-tidal star that has GC second-generation-like chemical patterns for which both chemical and kinematic evidence are commensurate with the hypothesis that the star has been ejected from M 54. Our findings support the existence of chemical anomalies associated with likely tidally shredded GCs that are in dwarf galaxies in the Local Group. These findings motivate future searches for such bona fide stars along other known Milky Way streams. 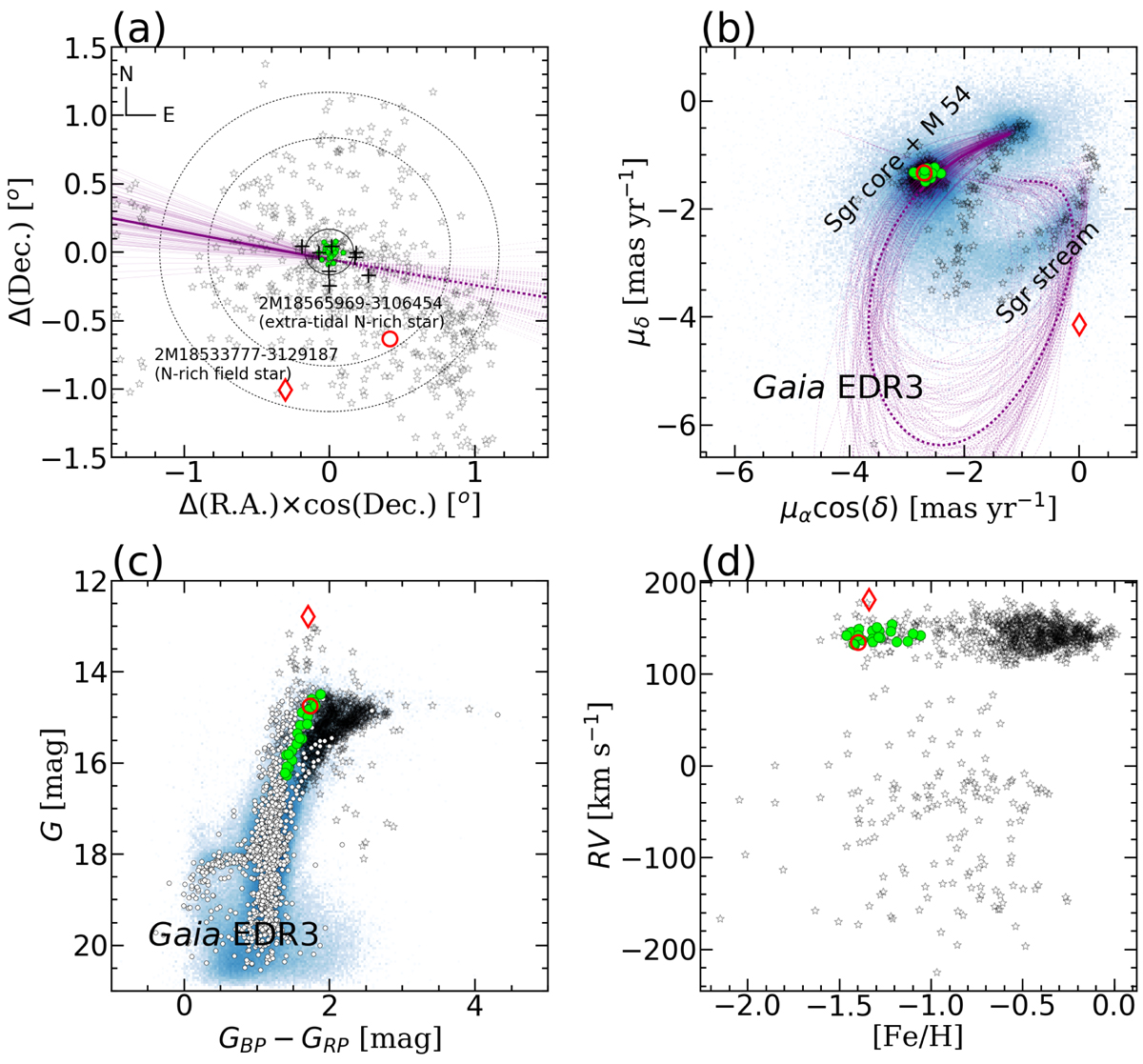