The mechanisms that bring galaxies to strongly reduce their star formation activity (star-formation quenching) remain poorly understood. To better study galaxy evolution, we propose a classification based on maps of ionised hydrogen distribution traced by the kiloparsec-resolved, equivalent width of Hα maps, and the nuclear activity of the galaxies using information from the Baldwin-Philips-Terlevich diagnostic diagrams. Using these tools, we group a sample of 238 galaxies from the Calar Alto Legacy Integral Field spectroscopy Area survey in six quenching stages (QSs): (i) objects dominated by recent star formation; (ii) systems that present a quiescent-nuclear-ring structure in their centre; (iii) galaxies that are centrally quiescent; (iv) galaxies with no clear pattern in their ionisation gas distribution (mixed); (v) systems that posses only a few star-forming regions (nearly retired), or (vi) galaxies that are completely quiescent (fully retired). Regarding their nuclear activity, we further divide the galaxies into two groups: active systems that host a weak or strong active galactic nucleus (AGN) at their centre, and non-active objects. Galaxies grouped into quenching-stage classes occupy specific locations on the star-formation-rate versus stellar mass diagram. The `blue cloud' is populated by the star-forming and the quiescent-nuclear-ring galaxies, the `green valley' is populated by centrally quiescent and mixed systems, and the `red sequence' by the nearly- and fully retired objects. Generally, galaxies that host a weak or strong AGN show properties comparable to those of their non-active counterparts at the same QSs, except for the AGN-hosting star-forming systems. The degree of star-formation quenching increases along the present emission-line pattern sequence from star-forming to fully retired. The proposed emission-line classes reinforce the `inside-out' quenching scenario, which foresees that the suppression of star formation begins from the central regions of the galaxies. 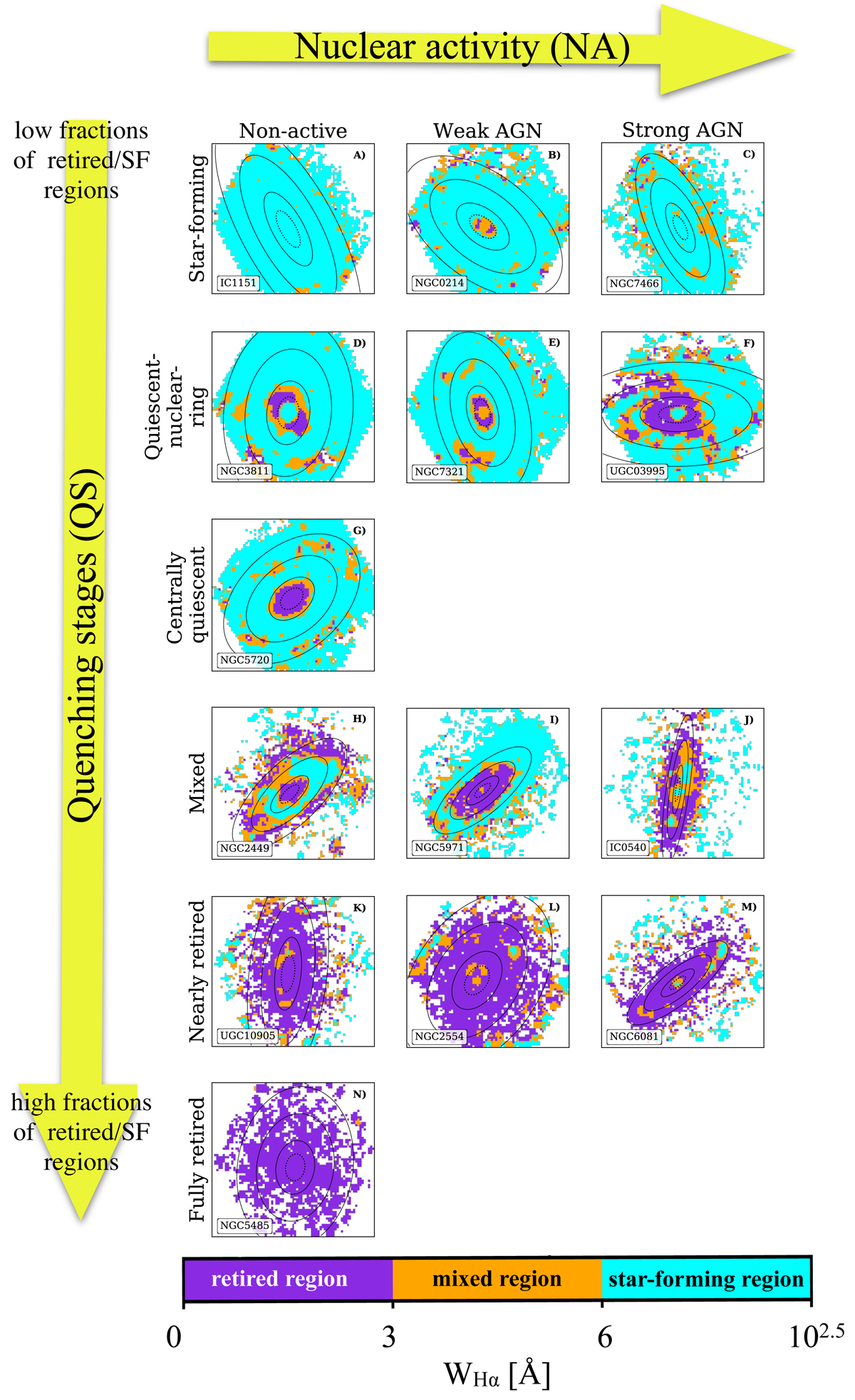