Context. In recent years high-angular-resolution observations have revealed that circumstellar discs appear in a variety of shapes with diverse substructures being ubiquitous. This has given rise to the question of whether these substructures are triggered by planet-disc interactions. Besides direct imaging, one of the most promising methods to distinguish between different disc-shaping mechanisms is to study the kinematics of the gas disc. In particular, the deviations of the rotation profile from Keplerian velocity can be used to probe perturbations in the gas pressure profile that may be caused by embedded (proto-) planets.
Aims: In this paper we aim to analyse the gas brightness temperature and kinematics of the transitional disc around the intermediate-mass star CQ Tau in order to resolve and characterise substructure in the gas caused by possible perturbers.
Methods: For our analysis we used spatially resolved ALMA observations of the three CO isotopologues 12CO, 13CO, and C18O (J = 2−1) from the disc around CQ Tau. We further extracted robust line centroids for each channel map and fitted a number of Keplerian disc models to the velocity field.
Results: The gas kinematics of the CQ Tau disc present non-Keplerian features, showing bent and twisted iso-velocity curves in 12CO and 13CO. Significant spiral structures are detected between ~10 and 180 au in both the brightness temperature and the rotation velocity of 12CO after subtraction of an azimuthally symmetric model, which may be tracing planet-disc interactions with an embedded planet or low-mass companion. We identify three spirals, two in the brightness temperature and one in the velocity residuals, spanning a large azimuth and radial extent. The brightness temperature spirals are morphologically connected to spirals observed in near-infrared scattered light in the same disc, indicating a common origin. Together with the observed large dust and gas cavity, these spiral structures support the hypothesis of a massive embedded companion in the CQ Tau disc. 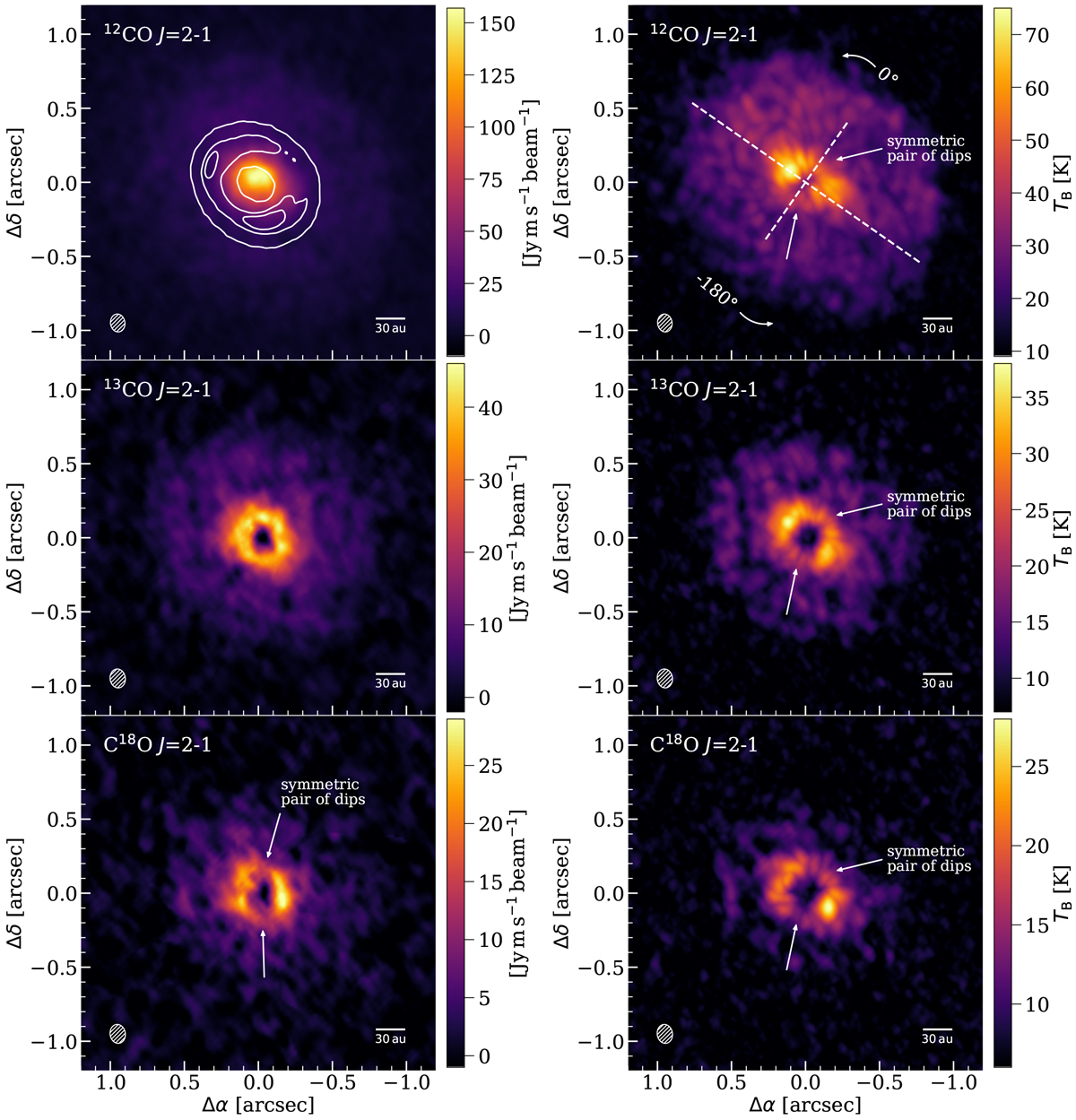