To understand the history and formation mechanisms of galaxies, it is crucial to determine their current multidimensional structure. In this work, we focus on the properties that characterise stellar populations, such as metallicity and [α/Fe] enhancement. We devised a new technique to recover the distribution of these parameters using spatially resolved, line-of-sight averaged data. Our chemodynamical method is based on the made-to-measure framework and results in an N-body model for the abundance distribution. Following a test on a mock data set we found that the radial and azimuthal profiles were well-recovered, however, only the overall shape of the vertical profile matches the true profile. We applied our procedure to spatially resolved maps of mean [Z/H] and [α/Fe] for the Andromeda Galaxy, using an earlier barred dynamical model of M 31. We find that the metallicity is enhanced along the bar, with a possible maxima at the ansae. In the edge-on view, the [Z/H] distribution has an X shape due to the boxy/peanut bulge; the average vertical metallicity gradient is equal to −0.133 ± 0.006 dex kpc−1. We identify a metallicity-enhanced ring around the bar, which also has relatively lower [α/Fe]. The highest [α/Fe] is found in the centre, due to the classical bulge. Away from the centre, the α-overabundance in the bar region increases with height, which could be an indication of a thick disc. We argue that the galaxy assembly resulted in a sharp peak of metallicity in the central few hundred parsecs and a more gentle negative gradient in the remaining disc, but no [α/Fe] gradient. The formation of the bar leads to the re-arrangement of the [Z/H] distribution, causing a flat gradient along the bar. Subsequent star formation close to the bar ends may have produced the metallicity enhancements at the ansae and the [Z/H] enhanced lower-α ring. 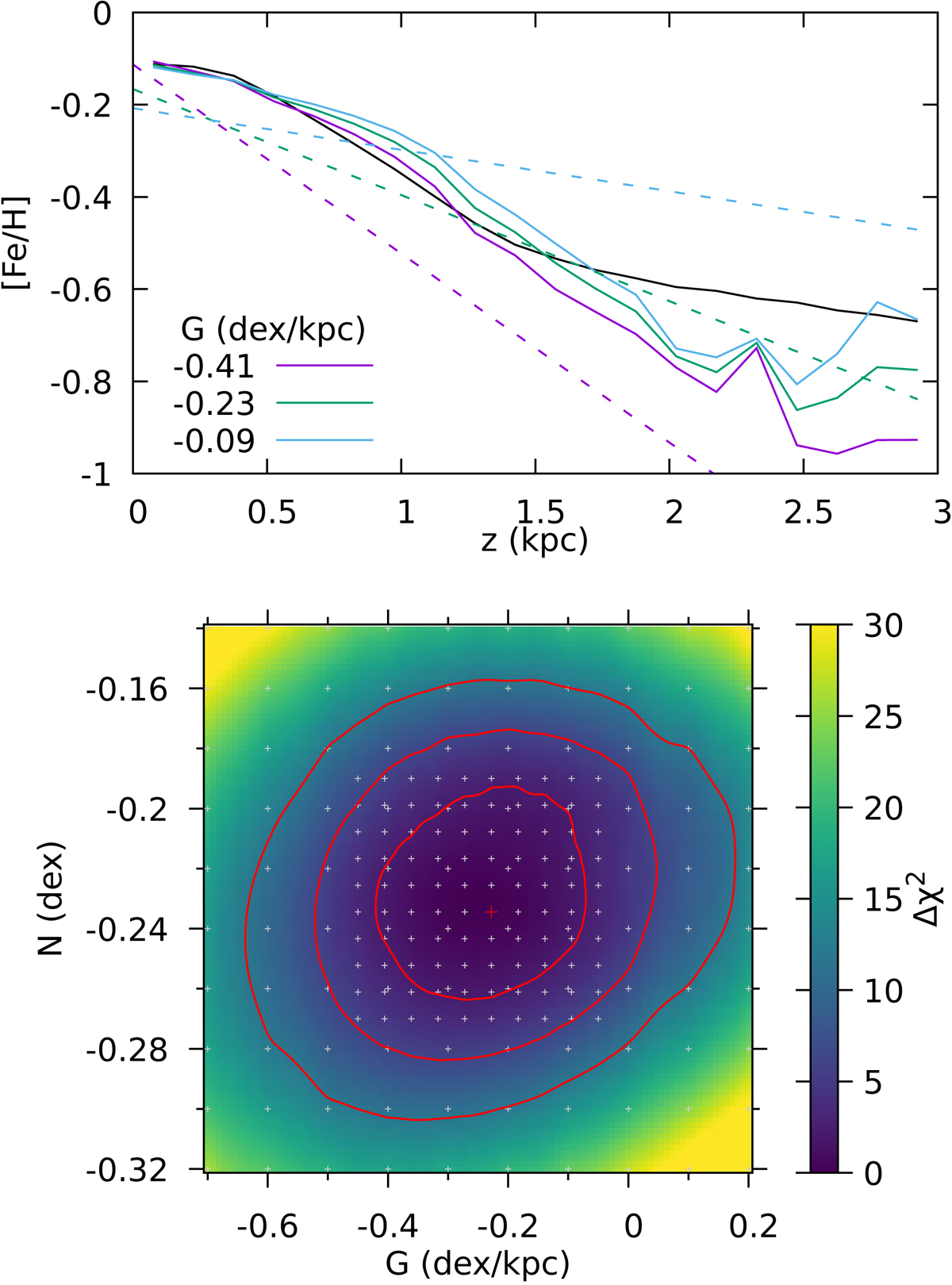