Stellar halos in early-type galaxies (ETGs) are shaped by their accretion and merger histories. We use a sample of 1114 ETGs in the TNG100 simulation of the IllustrisTNG suite with stellar masses 1010.3 ≤ M*/M⊙ ≤ 1012, selected at z = 0 within the range of the g − r colour and λ-ellipticity diagram populated by observed ETGs. We study how the rotational support and intrinsic shapes of the stellar halos depend on the fraction of stars accreted, both overall and separately, by major, minor, and mini mergers. Accretion histories in TNG100 ETGs as well as the final radial distributions of ex-situ stars fexsitu(R) relative to in-situ ("accretion classes") strongly correlate with stellar mass. Low-mass galaxies have characteristic peaked rotation profiles and near-oblate shapes with rounder halos that are completely driven by the in-situ stars. At high fexsitu, major mergers decrease the in-situ peak in rotation velocity, flatten the V*/σ*(R) profiles, and increase the triaxiality of the stellar halos. Kinematic transition radii do not trace the transition between in-situ- and ex-situ-dominated regions, but for systems with M* > 1010.6 M⊙ the local rotational support of the stellar halos decreases with the local ex-situ fraction fexsitu(R) at fixed M*, and their triaxiality increases with fexsitu(R). These correlations between rotational support, intrinsic shapes, and local fexsitu are followed by fast and slow rotators alike with a continuous and overlapping sequence of properties, but slow rotators are concentrated at the high-fexsitu end dominated by dry major mergers. We find that in ∼20% of high-mass ETGs, the central regions are dominated by stars from a high-redshift compact progenitor. Merger events dynamically couple stars and dark matter: in high-mass galaxies and at large radii where fexsitu ≳ 0.5, both components tend to have similar intrinsic shapes and rotational support, and nearly aligned principal axes and spin directions. Based on these results we suggest that extended photometry and kinematics of massive ETGs (M* > 1010.6 M⊙) can be used to estimate the local fraction of ex-situ stars, and to approximate the intrinsic shapes and rotational support of the co-spatial dark matter component. 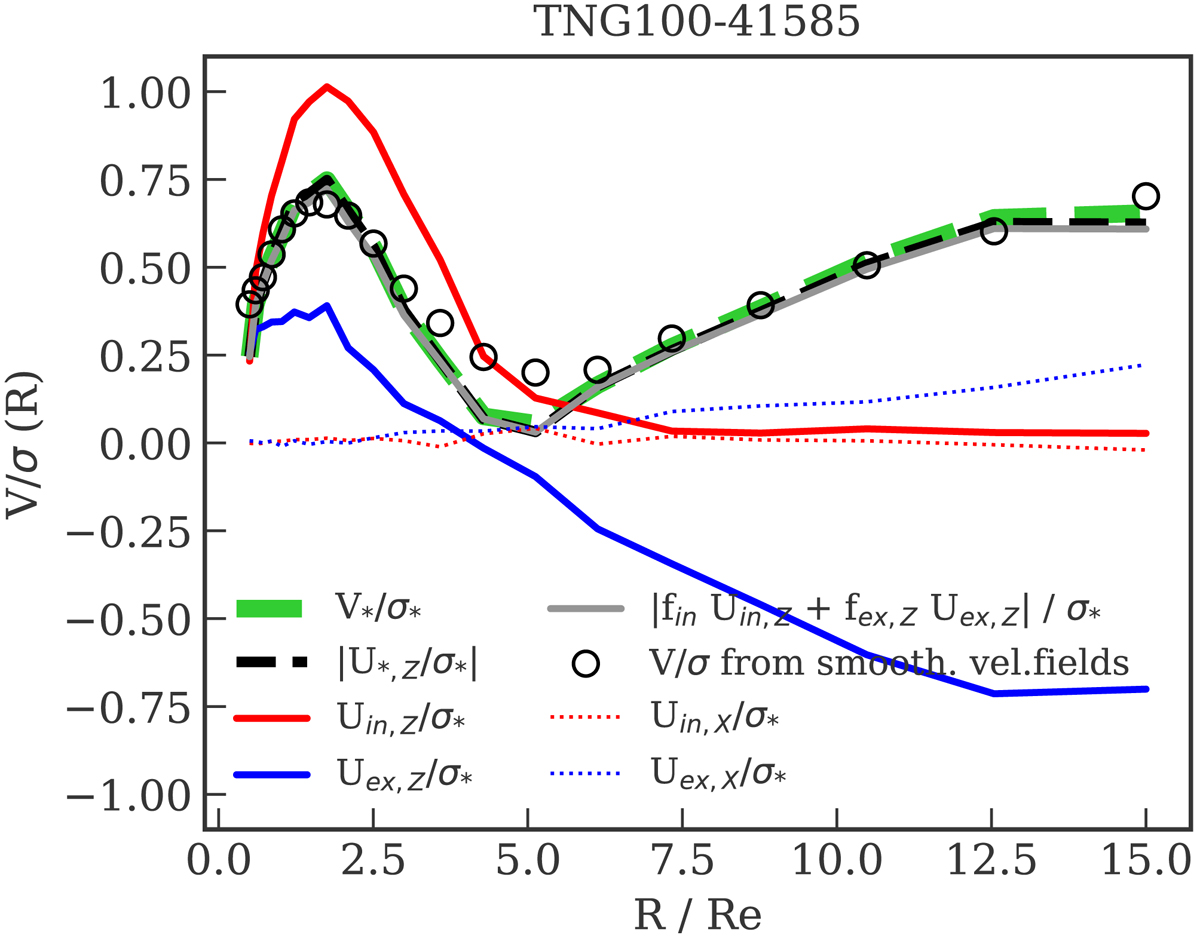