Forbidden hugs in pandemic times. II. The luminous red nova variety: AT 2020hat and AT 2020kog

We present the results of our monitoring campaigns of the luminous red novae (LRNe) AT 2020hat in NGC 5068 and AT 2020kog in NGC 6106. The two objects were imaged (and detected) before their discovery by routine survey operations. They show a general trend of slow luminosity rise, lasting at least a few months. The subsequent major LRN outbursts were extensively followed in photometry and spectroscopy. The light curves present an initial short-duration peak, followed by a redder plateau phase. AT 2020kog is a moderately luminous event peaking at ∼7 × 1040 erg s−1, while AT 2020hat is almost one order of magnitude fainter than AT 2020kog, although it is still more luminous than V838 Mon. In analogy with other LRNe, the spectra of AT 2020kog change significantly with time. They resemble those of type IIn supernovae at early phases, then they become similar to those of K-type stars during the plateau, and to M-type stars at very late phases. In contrast, AT 2020hat already shows a redder continuum at early epochs, and its spectrum shows the late appearance of molecular bands. A moderate-resolution spectrum of AT 2020hat taken at +37 d after maximum shows a forest of narrow P Cygni lines of metals with velocities of 180 km s−1, along with an Hα emission with a full-width at half-maximum velocity of 250 km s−1. For AT 2020hat, a robust constraint on its quiescent progenitor is provided by archival images of the Hubble Space Telescope. The progenitor is clearly detected as a mid-K type star, with an absolute magnitude of MF606W = −3.33 ± 0.09 mag and a colour of F606W − F814W = 1.14 ± 0.05 mag, which are inconsistent with the expectations from a massive star that could later produce a core-collapse supernova. Although quite peculiar, the two objects nicely match the progenitor versus light curve absolute magnitude correlations discussed in the literature. 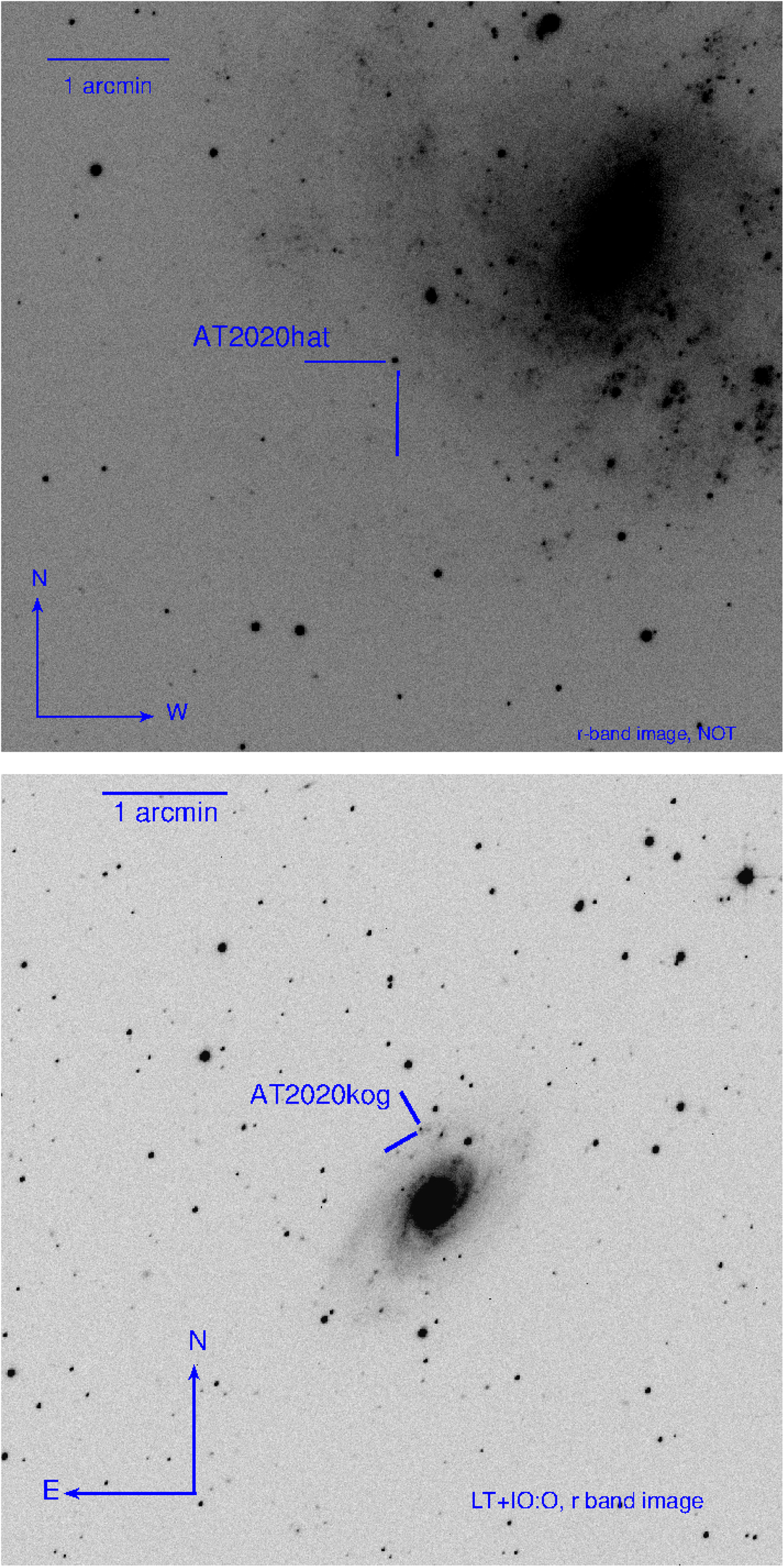