Aims: We study the environment in which a galaxy lies (i.e. field or group) and its connection with the morphology of the galaxy. This is done by examining the distribution of parametric and non-parametric statistics across the star-formation rate (SFR) - stellar mass (M⋆) plane and studying how these distributions change with the environment in the local universe (z < 0.15).
Methods: We determine the concentration (C), Gini, M20, asymmetry, Gini-M20 bulge statistic (GMB), 50% light radius (r50), total Sérsic index, and bulge Sérsic index (nBulge) for galaxies from the Galaxy and Mass Assembly (GAMA) survey using optical images from the Kilo Degree Survey. We determine the galaxy environment using the GAMA group catalogue and split the galaxies into field or group galaxies. The group galaxies are further divided by the group halo mass (Mh)-11 ≤ log(Mh/M⊙) < 12, 12 ≤ log(Mh/M⊙) < 13, and 13 ≤ log(Mh/M⊙) < 14 - and into central and satellite galaxies. The galaxies in each of these samples are then placed onto the SFR-M⋆ plane, and each parameter is used as a third dimension. We fit the resulting distributions for each parameter in each sample using two two-dimensional Gaussian distributions: one for star-forming galaxies and one for quiescent galaxies. The coefficients of these Gaussian fits are then compared between environments.
Results: Using C and r50, we find that galaxies typically become larger as the group mass increases. This change is greater for larger galaxies. There is no indication that galaxies are typically more or less clumpy as the environment changes. Using GMB and nBulge, we see that the star-forming galaxies do not become more bulge or disk dominated as the group mass changes. Asymmetry does not appear to be greatly influenced by environment. 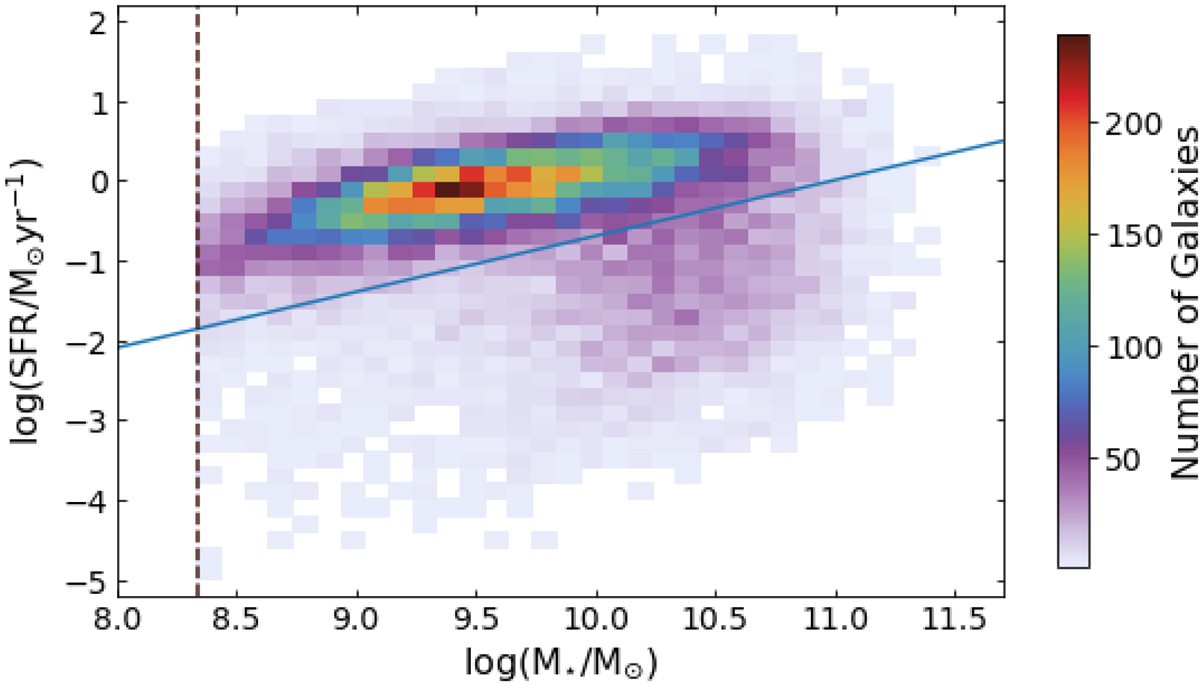