Aims: We study a system of two galaxies, Astarte and Adonis, at z ∼ 2. At this time, the Universe was undergoing the peak of its star formation activity. Astarte is a dusty star-forming galaxy at the massive end of the main sequence (MS), and Adonis is a less massive companion galaxy that is bright in the ultraviolet and has an optical spectroscopic redshift. We investigate whether this ultramassive galaxy is quenching, and whether it has always been on the MS of star-forming galaxies.
Methods: We used the code CIGALE to model the spectral energy distribution. The code relies on the energetic balance between the ultraviolet and the infrared. We derived some of the key physical properties of Astarte and Adonis, mainly their star formation rates (SFRs), stellar masses, and dust luminosities. We inspected the variation of the physical parameters depending on the assumed dust-attenuation law. We also estimated the molecular gas mass of Astarte from its CO emission, using different αCO and transition ratios (r31), and we discuss the implication of the various assumptions on the gas-mass derivation. Reults. We find that Astarte exhibits a MS-like star formation activity, and Adonis is undergoing a strong starburst phase. The molecular gas mass of Astarte is far lower than the gas fraction of typical star-forming galaxies at z = 2. This low gas content and high SFR result in a depletion time of 0.22 ± 0.07 Gyr, which is slightly shorter than expected for a MS galaxy at this redshift. The CO luminosity relative to the total infrared luminosity suggests a MS-like activity when we assume a galactic conversion factor and a low transition ratio. The SFR of Astarte is on the same order when different attenuation laws are used, unlike its stellar mass, which increases when shallow attenuation laws are used (∼1 × 1011 M⊙ assuming a Calzetti relation, versus ∼4 × 1011 M⊙ assuming a shallow attenuation law). We discuss these properties and suggest that Astarte might be experiencing a recent decrease in star formation activity and is quenching through the MS following a starburst epoch. 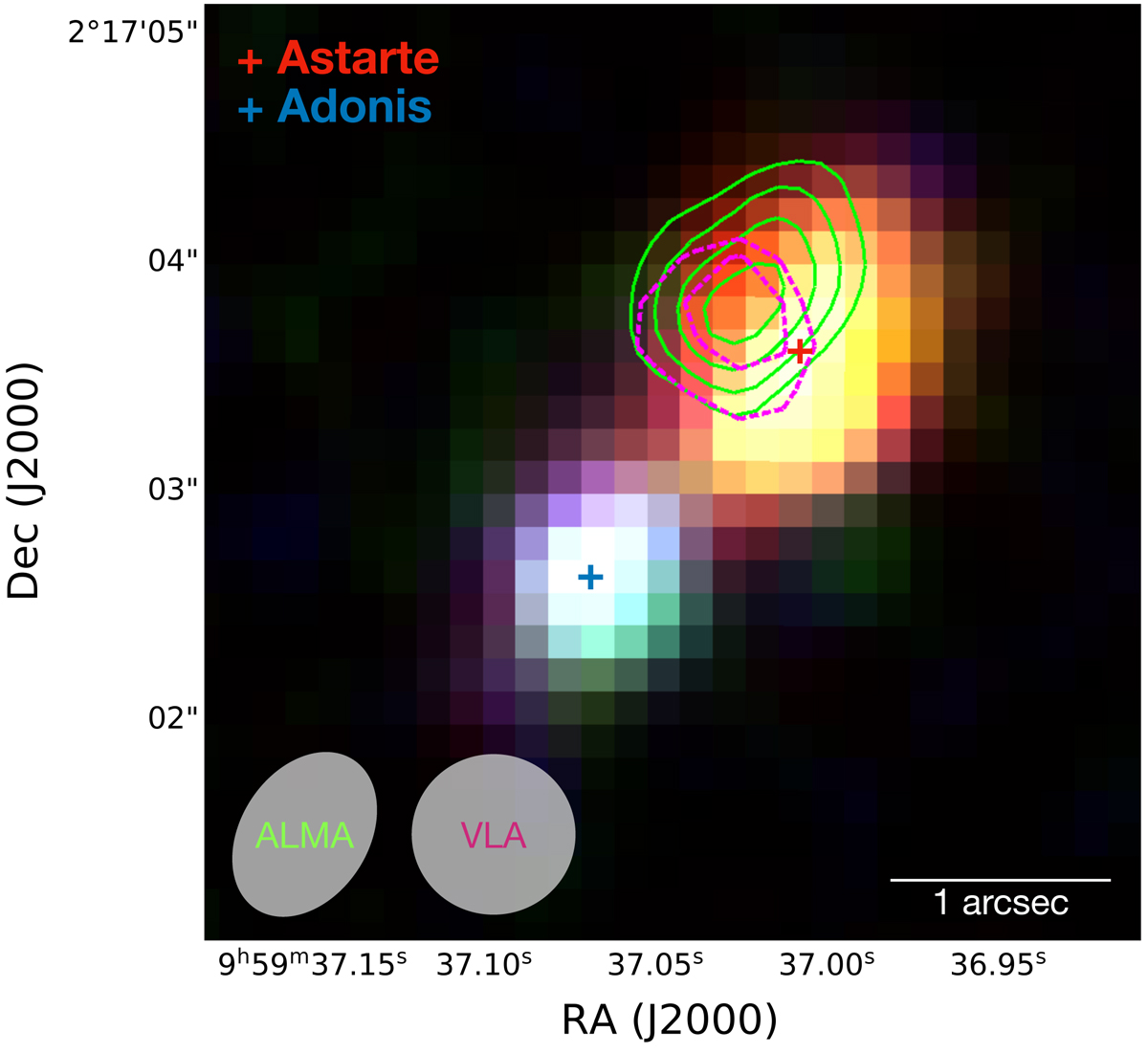