Context. The relaxed cool-core Phoenix cluster (SPT-CL J2344-4243) features an extremely strong cooling flow, as well as a mini halo. Strong star formation in the brightest cluster galaxy indicates that active galactic nucleus (AGN) feedback has been unable to inhibit this cooling flow.
Aims: We aim to study the strong cooling flow in the Phoenix cluster by determining the radio properties of the AGN and its lobes. In addition, we used spatially resolved radio observations to investigate the origin of the mini halo.
Methods: We present new multifrequency Very Large Array 1-12 GHz observations of the Phoenix cluster, which resolve the AGN and its lobes in all four frequency bands as well as the mini-halo in the L and S bands.
Results: Using our L-band observations, we measure the total flux density of the radio lobes at 1.5 GHz to be 7.6 ± 0.8 mJy, and the flux density of the mini halo to be 8.5 ± 0.9 mJy. Using high-resolution images in the L and X bands, we produced the first spectral index maps of the lobes from the AGN and find the spectral indices of the northern and southern lobes to be -1.35 ± 0.07 and -1.30 ± 0.12, respectively. Similarly, using L- and S-band data, we mapped the spectral index of the mini halo, and obtain an integrated spectral index of α = -0.95 ± 0.10.
Conclusions: We find that the mini halo is most likely formed by turbulent re-acceleration powered by sloshing in the cool core due to a recent merger. In addition, we find that the feedback in the Phoenix cluster is consistent with the picture that stronger cooling flows are to be expected for massive clusters such as this one, as these may feature an underweight supermassive black hole due to their merging history. Strong time variability of the AGN on Myr timescales may help explain the disconnection between the radio and the X-ray properties of the system. Finally, a small amount of jet precession of the AGN likely contributes to the relatively low intracluster medium re-heating efficiency of the mechanical feedback. 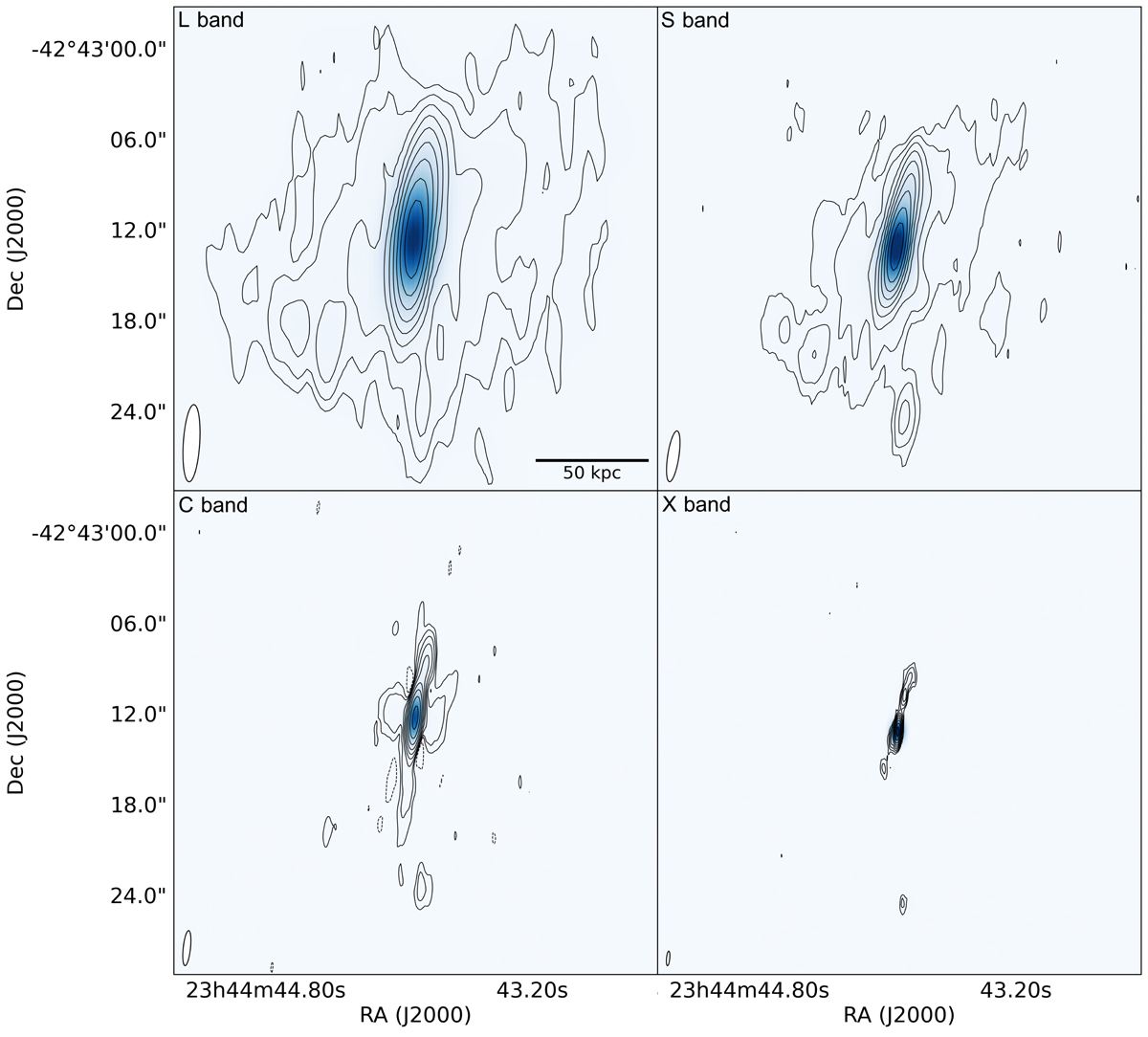