Context. The mass segregation of stellar clusters could be primordial rather than dynamical. Despite the abundance of studies of mass segregation for stellar clusters, those for stellar progenitors are still scarce, so the question concerning the origin and evolution of mass segregation is still open.
Aims: Our goal is to characterize the structure of the NGC 2264 molecular cloud and compare the populations of clumps and young stellar objects (YSOs) in this region whose rich YSO population has shown evidence of sequential star formation.
Methods: We separated the Herschel column density map of NGC 2264 into three subregions and compared their cloud power spectra using a multiscale segmentation technique. We extracted compact cloud fragments from the column density image, measured their basic properties, and studied their spatial and mass distributions.
Results: In the whole NGC 2264 cloud, we identified a population of 256 clumps with typical sizes of ~0.1 pc and masses ranging from 0.08 M⊙ to 53 M⊙. Although clumps have been detected all over the cloud, most of the massive, bound clumps are concentrated in the central subregion of NGC 2264. The local surface density and the mass segregation ratio indicate a strong degree of mass segregation for the 15 most massive clumps, with a median Σ6 three times that of the whole clumps population and ΛMSR ≃ 8. We show that this cluster of massive clumps is forming within a high-density cloud ridge, which is formed and probably still fed by the high concentration of gas observed on larger scales in the central subregion. The time sequence obtained from the combined study of the clump and YSO populations in NGC 2264 suggests that the star formation started in the northern subregion, that it is now actively developing at the center, and will soon start in the southern subregion.
Conclusions: Taken together, the cloud structure and the clump and YSO populations in NGC 2264 argue for a dynamical scenario of star formation. The cloud could first undergo global collapse, driving most clumps to centrally concentrated ridges. After their main accretion phase, some YSOs, and probably the most massive, would stay clustered while others would be dispersed from their birth sites. We propose that the mass segregation observed in some star clusters is inherited from that of clumps, originating from the mass assembly phase of molecular clouds. 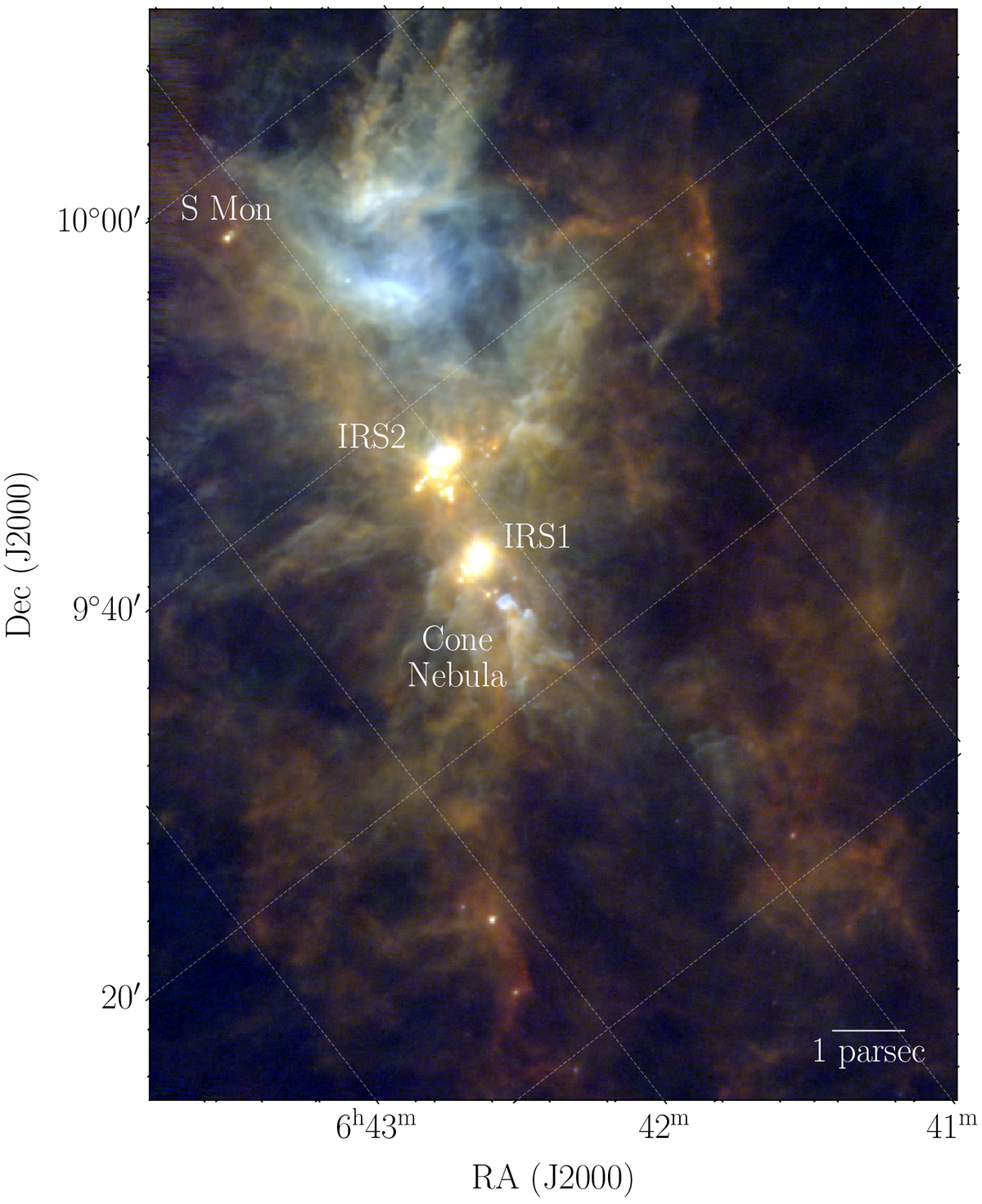