Based on SITELLE spectroscopy data, we studied the ionised gas emission for the 175 Hα emission regions in the Stephan's Quintet (SQ). In this paper we perform a detailed analysis of the star formation rate (SFR), oxygen abundance, and nitrogen-to-oxygen abundance ratio (N/O) of the SQ regions, with the intention of exploring the provenance and evolution of this complex structure. According to the BPT diagram, we found 91 HII, 17 composite, and 7 active galactic nucleus-like regions in SQ. Several regions are compatible with fast shocks models without a precursor for solar metallicity and low density (n = 0.1 cm-3), with velocities in the range of 175-300 km s-1. We derived the total SFR in SQ (log(SFR/M⊙ yr-1 = 0.496)). Twenty-eight percent of the total SFR in SQ comes from starburst A, while 9% is in starburst B, and 45% comes from the regions with a radial velocity lower than 6160 km s-1. For this reason, we assume that the material prior to the collision with the new intruder does not show a high SFR, and therefore SQ was apparently quenched. When considering the integrated SFR for the whole SQ and the new intruder, we found that both zones have a SFR consistent with those obtained in the SDSS star-forming galaxies. At least two chemically different gas components cohabit in SQ where, on average, the regions with high radial velocities (v > 6160 km s-1) have lower values of oxygen abundance and N/O than those with low radial velocities (v ≤ 6160 km s-1). The values found for the line ratios considered in this study, as well as in the oxygen abundance and N/O for the southern debris region and the northernmost tidal tail, are compatible with regions belonging to the outer part of the galaxies. We highlight the presence of inner-outer variation for metallicity and some emission line ratios along the new intruder strands and the young tidal tail south strand. Finally, the SQ Hα regions are outside the galaxies because the interactions have dispersed the gas to the peripheral zones. 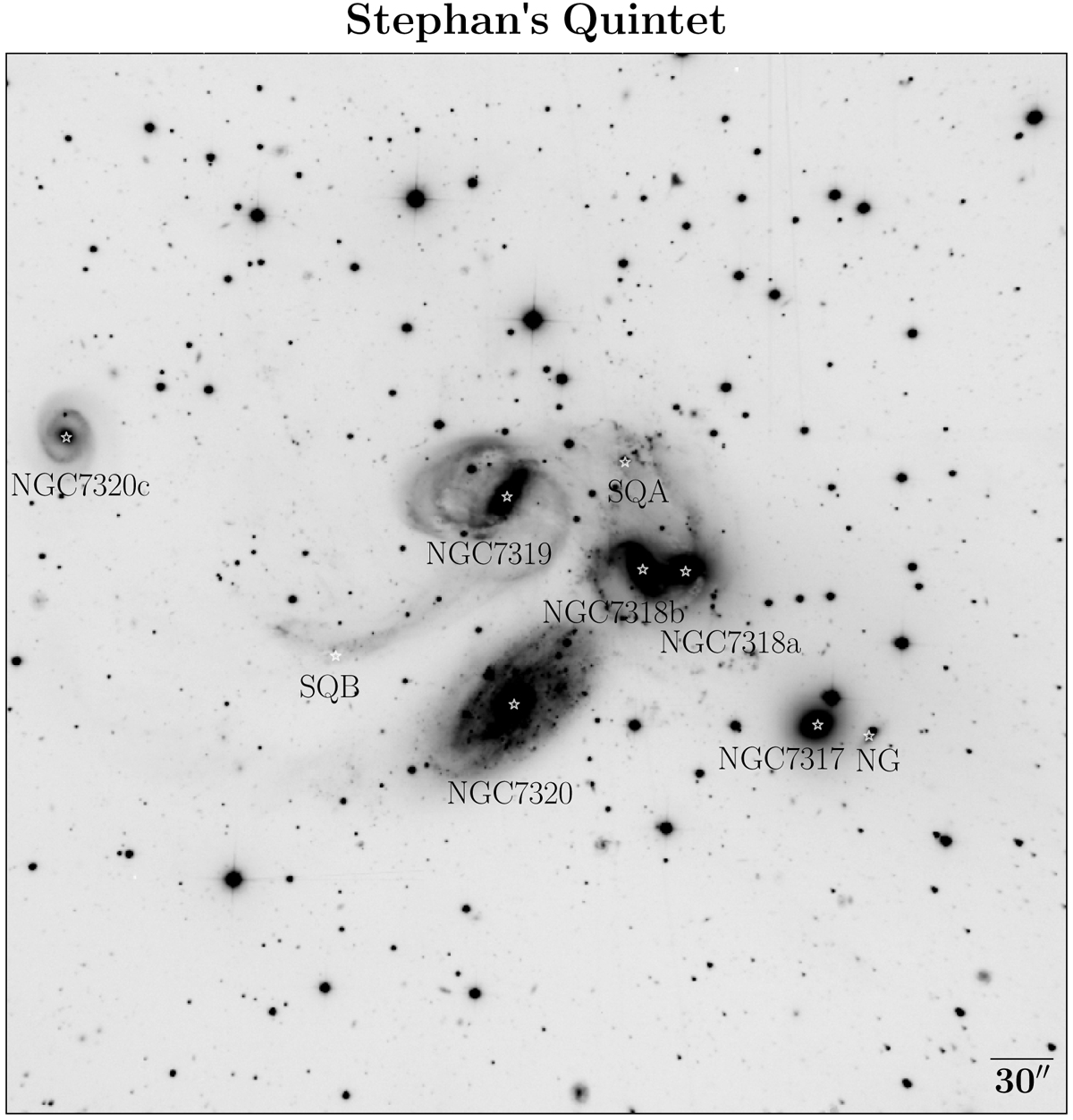