Context. Magnetic fields are a key component in the main sequence evolution of low mass stars. Flares, energetic eruptions on the surfaces of stars, are an unmistakable manifestation of magnetically driven emission. The occurrence rates and energy distributions of flares trace stellar characteristics such as mass and age. However, before flares can be used to constrain stellar properties, the flaring-age-mass relation requires proper calibration.
Aims: This work sets out to quantify the flaring activity of independently age-dated main sequence stars for a broad range of spectral types using optical light curves obtained by the Kepler satellite.
Methods: Drawing from the complete K2 archive, we searched 3435 ∼80 day long light curves of 2111 open cluster members for flares using the open-source software packages K2SC to remove instrumental and astrophysical variability from K2 light curves, and AltaiPony to search and characterize the flare candidates.
Results: We confirmed a total of 3844 flares on high probability open cluster members with ages from zero age main sequence (Pleiades) to 3.6 Gyr (M 67). We extended the mass range probed in the first study of this series to span from Sun-like stars to mid-M dwarfs. We added the Hyades (690 Myr) to the sample as a comparison cluster to Praesepe (750 Myr), the 2.6 Gyr old Ruprecht 147, and several hundred light curves from the late K2 Campaigns in the remaining clusters. We found that the flare energy distribution was similar in the entire parameter space, following a power law relation with exponent α ≈ 1.84-2.39.
Conclusions: We confirm that flaring rates decline with age, and decline faster for higher mass stars. Our results are in good agreement with most previous statistical flare studies. We find evidence that a rapid decline in flaring activity occurred in M1-M2 dwarfs around the ages of the Hyades and Praesepe, when these stars spun down to rotation periods of about 10 d, while higher mass stars had already transitioned to lower flaring rates and lower mass stars still resided in the saturated activity regime. We conclude that some discrepancies between our results and flare studies that used rotation periods for their age estimates could be explained by sample selection bias toward more active stars, but others may point to the limitations of using rotation as an age indicator without additional constraints from stellar activity. 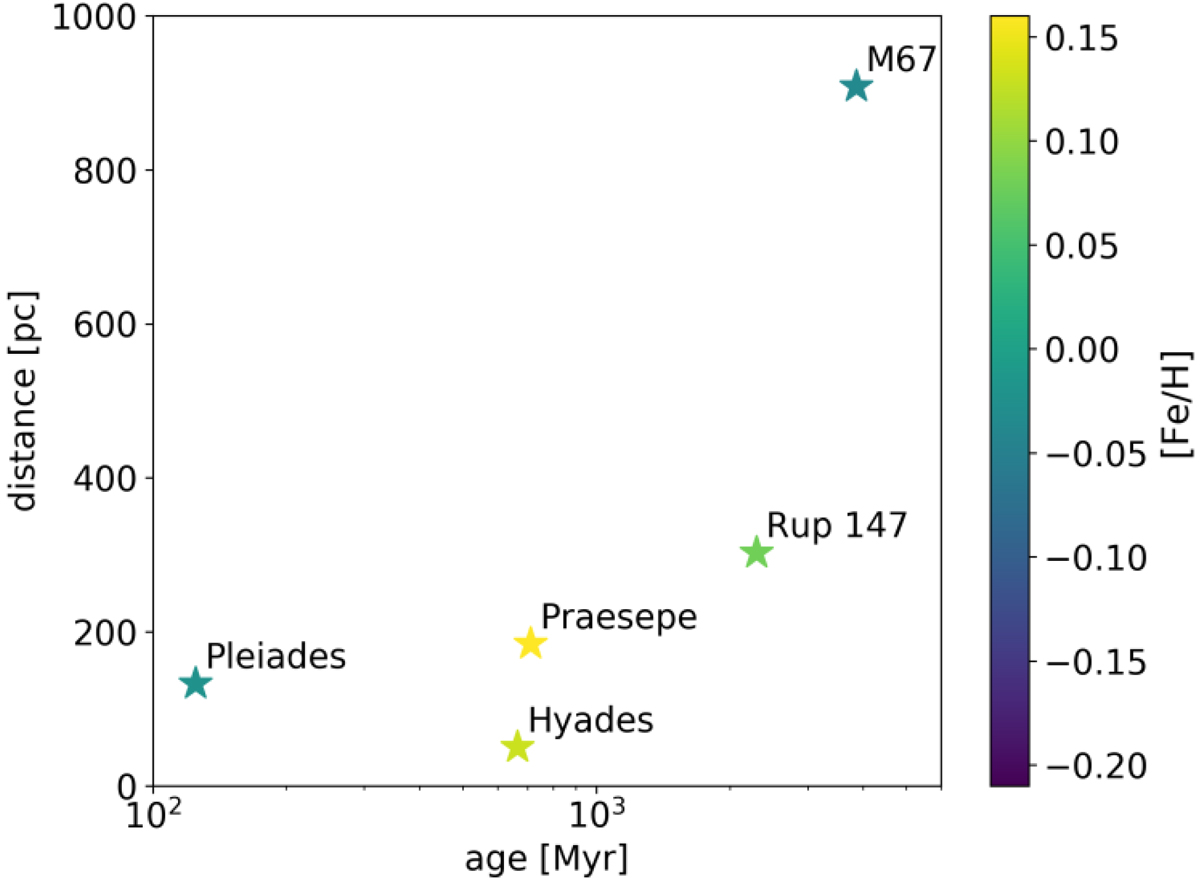