Context. Ultra-hot Jupiters are excellent laboratories for the study of exoplanetary atmospheres. WASP-121b is one of the most studied; many recent analyses of its atmosphere report interesting features at different wavelength ranges.
Aims: In this paper we analyze one transit of WASP-121b acquired with the high-resolution spectrograph ESPRESSO at VLT in one-telescope mode, and one partial transit taken during the commissioning of the instrument in four-telescope mode.
Methods: We take advantage of the very high S/N data and of the extreme stability of the spectrograph to investigate the anomalous in-transit radial velocity curve and study the transmission spectrum of the planet. We pay particular attention to the removal of instrumental effects, and stellar and telluric contamination. The transmission spectrum is investigated through single-line absorption and cross-correlation with theoretical model templates.
Results: By analyzing the in-transit radial velocities we were able to infer the presence of the atmospheric Rossiter-McLaughlin effect. We measured the height of the planetary atmospheric layer that correlates with the stellar mask (mainly Fe) to be 1.052 ± 0.015 Rp and we also confirmed the blueshift of the planetary atmosphere. By examining the planetary absorption signal on the stellar cross-correlation functions we confirmed the presence of a temporal variation of its blueshift during transit, which could be investigated spectrum-by-spectrum thanks to the quality of our ESPRESSO data. We detected significant absorption in the transmission spectrum for Na, H, K, Li, Ca II, and Mg, and we certified their planetary nature by using the 2D tomographic technique. Particularly remarkable is the detection of Li, with a line contrast of ~0.2% detected at the 6σ level. With the cross-correlation technique we confirmed the presence of Fe I, Fe II, Cr I, and V I. Hα and Ca II are present up to very high altitudes in the atmosphere (~1.44 Rp and ~2 Rp, respectively), and also extend beyond the transit-equivalent Roche lobe radius of the planet. These layers of the atmosphere have a large line broadening that is not compatible with being caused by the tidally locked rotation of the planet alone, and could arise from vertical winds or high-altitude jets in the evaporating atmosphere.

Based in part on Guaranteed Time Observations collected at the European Southern Observatory under ESO programme 1102.C-0744 by the ESPRESSO Consortium. 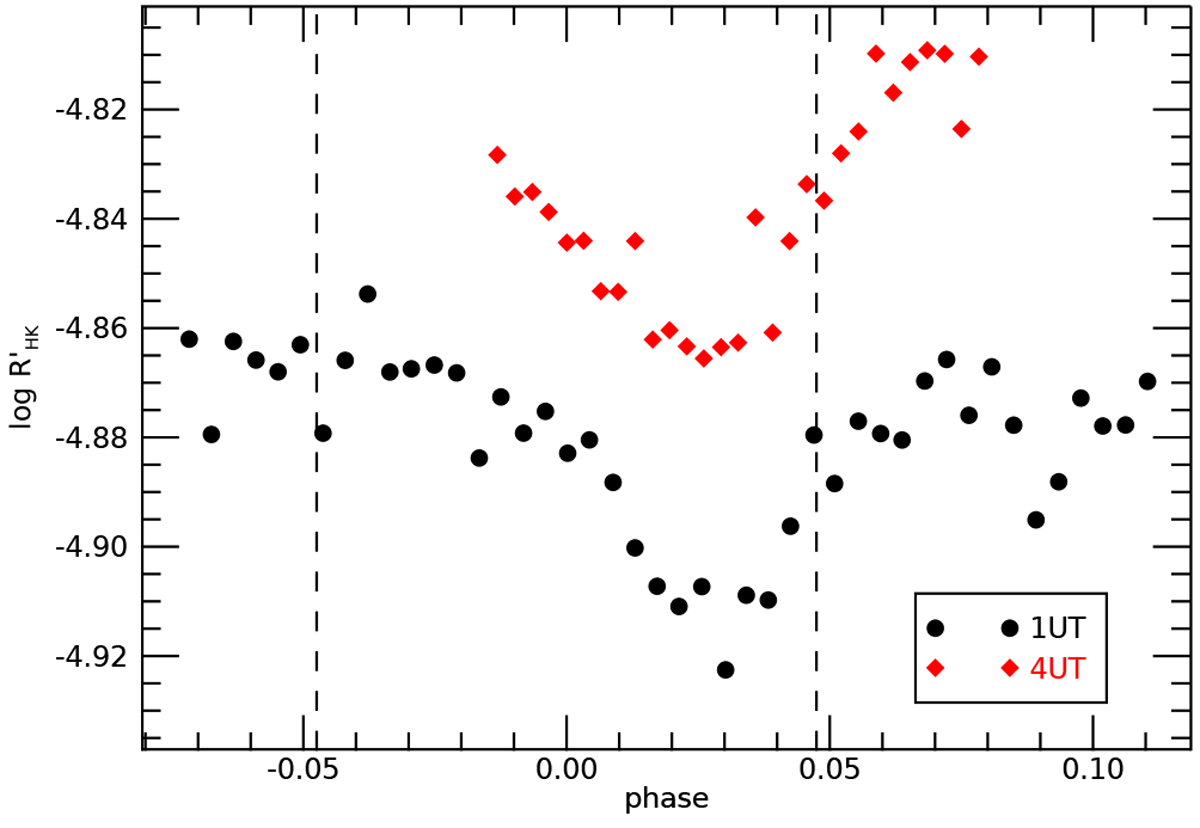