Context. Magnetic chemically peculiar (mCP) stars exhibit complex atmospheres that allow the investigation of the interplay of atomic diffusion, magnetic fields, and stellar rotation. A non-uniform surface distribution of chemical elements and the non-alignment of the rotational and magnetic axes result in the variability of several observables. Photometrically variable mCP stars are referred to as α2 Canum Venaticorum (ACV) variables.
Aims: The present work presents a case study of known variables from the Zwicky Transient Facility (ZTF) survey, with the aim of investigating the survey's suitability for the detection and study of new ACV variables.
Methods: Using suitable selection criteria based on the known characteristics of ACV variables, candidate ACV stars were selected from the ZTF Catalog of Periodic Variable Stars. All light curves were inspected in detail to select the most promising candidates. Where available, low-resolution spectra from the Large Sky Area Multi-Object Fiber Spectroscopic Telescope (LAMOST) were employed to classify the stars on the MK system and confirm their status as mCP stars.
Results: We have identified 86 new promising ACV star candidates. Fifteen of these stars have LAMOST spectra available that, in all cases, confirm them as classical mCP stars, which highlights the viability of our approach. We present astrophysical parameters for all sample stars that can be sorted into four subgroups characterized by distinct light curve shapes. Anti-phase variations in different photometric passbands, in particular, are a unique characteristic of a subset of ACV stars readily usable for their identification. The availability of data in three different passbands (g, r, and i) is a major advantage of the ZTF survey.
Conclusions: On the basis of our experience with other photometric surveys and the analysis of light curves, we conclude that the ZTF is well suited to the search for, and the analysis of, ACV variables that are not considered in the available ZTF variable star catalogs. Further work will focus on the development and refinement of a search algorithm to correctly identify these stars in ZTF data and, subsequently, in massive photometric time series databases in general. 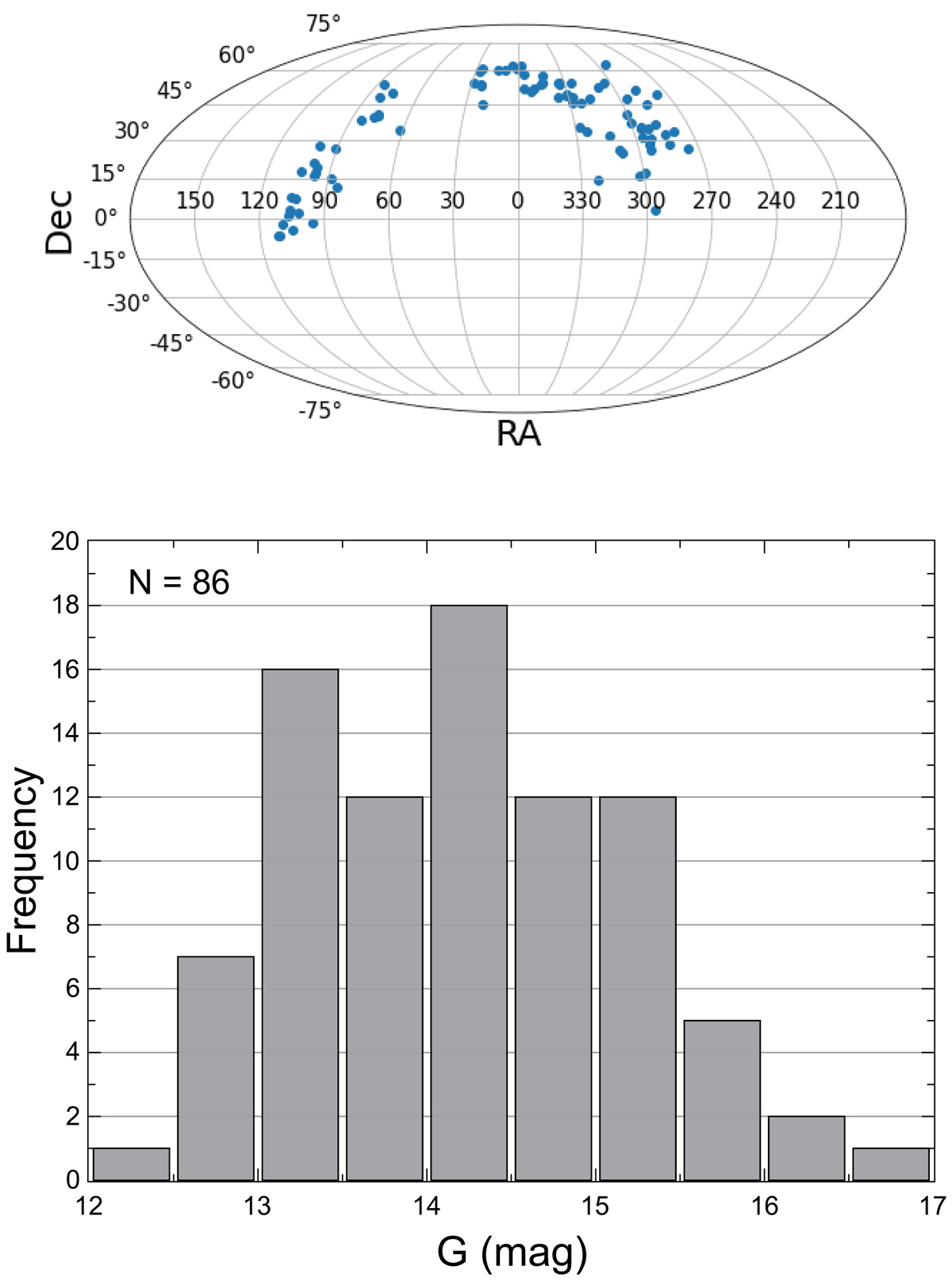