Context. Previous theoretical works on planet formation around low-mass stars have often been limited to large planets and individual systems. As current surveys routinely detect planets down to terrestrial size in these systems, models have shifted toward a more holistic approach that reflects their diverse architectures.
Aims: Here, we investigate planet formation around low-mass stars and identify differences in the statistical distribution of modeled planets. We compare the synthetic planet populations to observed exoplanets and we discuss the identified trends.
Methods: We used the Generation III Bern global model of planet formation and evolution to calculate synthetic populations, while varying the central star from Solar-like stars to ultra-late M dwarfs. This model includes planetary migration, N-body interactions between embryos, accretion of planetesimals and gas, and the long-term contraction and loss of the gaseous atmospheres.
Results: We find that temperate, Earth-sized planets are most frequent around early M dwarfs (0.3 M⊙-0.5 M⊙) and that they are more rare for Solar-type stars and late M dwarfs. The planetary mass distribution does not linearly scale with the disk mass. The reason behind this is attributed to the emergence of giant planets for M⋆ ≥ 0.5 M⊙, which leads to the ejection of smaller planets. Given a linear scaling of the disk mass with stellar mass, the formation of Earth-like planets is limited by the available amount of solids for ultra-late M dwarfs. For M⋆ ≥ 0.3 M⊙, however, there is sufficient mass in the majority of systems, leading to a similar amount of Exo-Earths going from M to G dwarfs. In contrast, the number of super-Earths and larger planets increases monotonically with stellar mass. We further identify a regime of disk parameters that reproduces observed M-dwarf systems such as TRAPPIST-1. However, giant planets around late M dwarfs, such as GJ 3512b, only form when type I migration is substantially reduced.
Conclusions: We are able to quantify the stellar mass dependence of multi-planet systems using global simulations of planet formation and evolution. The results fare well in comparison to current observational data and predict trends that can be tested with future observations.

The data supporting these findings are available online at http://dace.unige.ch under section "Formation & Evolution". 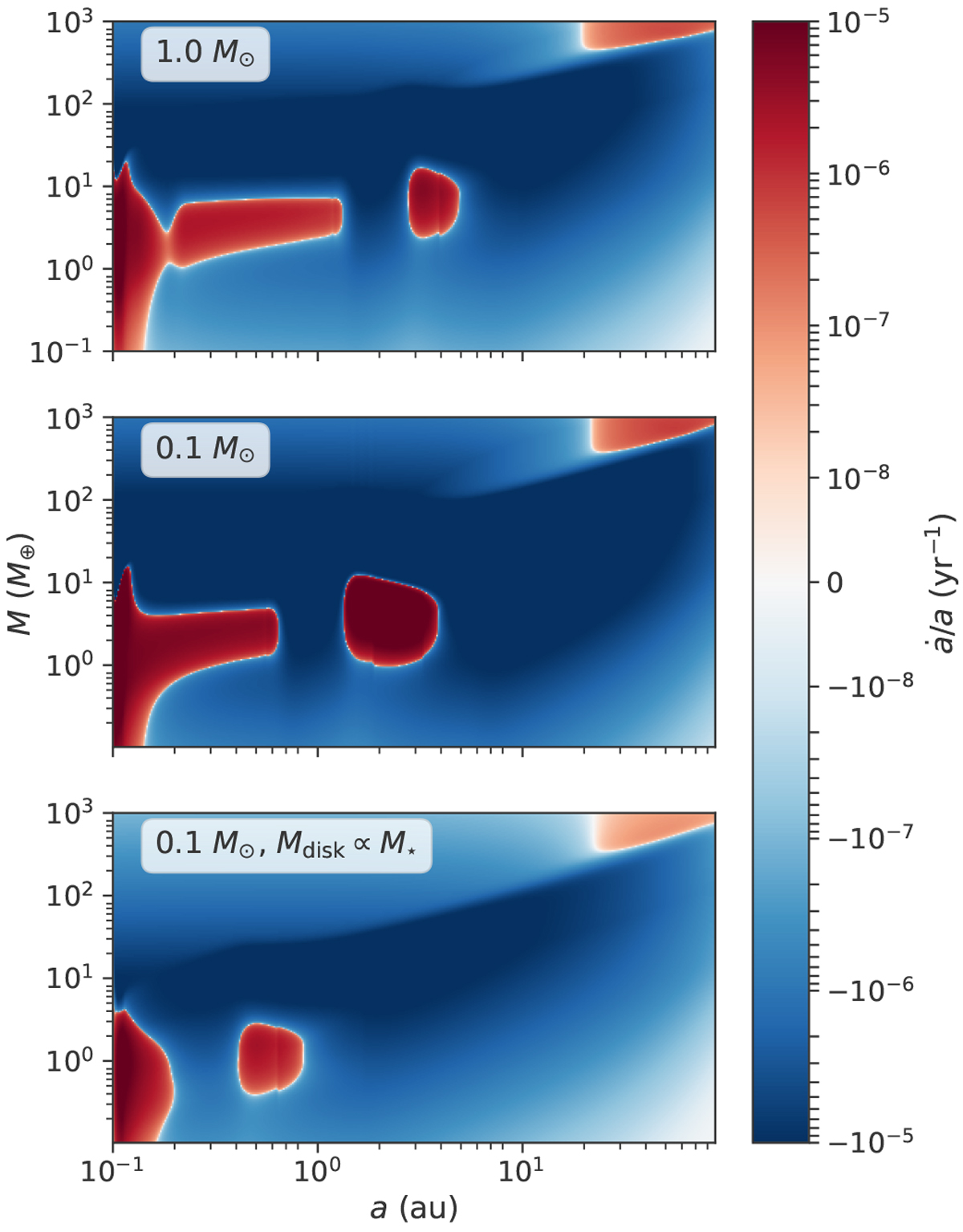