Aims: We present a detailed characterisation and theoretical interpretation of the broadband emission of the paradigmatic TeV blazar Mrk 421, with a special focus on the multi-band flux correlations.
Methods: The dataset has been collected through an extensive multi-wavelength campaign organised between 2016 December and 2017 June. The instruments involved are MAGIC, FACT, Fermi-LAT, Swift, GASP-WEBT, OVRO, Medicina, and Metsähovi. Additionally, four deep exposures (several hours long) with simultaneous MAGIC and NuSTAR observations allowed a precise measurement of the falling segments of the two spectral components.
Results: The very-high-energy (VHE; E > 100 GeV) gamma rays and X-rays are positively correlated at zero time lag, but the strength and characteristics of the correlation change substantially across the various energy bands probed. The VHE versus X-ray fluxes follow different patterns, partly due to substantial changes in the Compton dominance for a few days without a simultaneous increase in the X-ray flux (i.e., orphan gamma-ray activity). Studying the broadband spectral energy distribution (SED) during the days including NuSTAR observations, we show that these changes can be explained within a one-zone leptonic model with a blob that increases its size over time. The peak frequency of the synchrotron bump varies by two orders of magnitude throughout the campaign. Our multi-band correlation study also hints at an anti-correlation between UV-optical and X-ray at a significance higher than 3σ. A VHE flare observed on MJD 57788 (2017 February 4) shows gamma-ray variability on multi-hour timescales, with a factor ten increase in the TeV flux but only a moderate increase in the keV flux. The related broadband SED is better described by a two-zone leptonic scenario rather than by a one-zone scenario. We find that the flare can be produced by the appearance of a compact second blob populated by high energetic electrons spanning a narrow range of Lorentz factors, from γ'min=2×104 to γ'max=6×105. 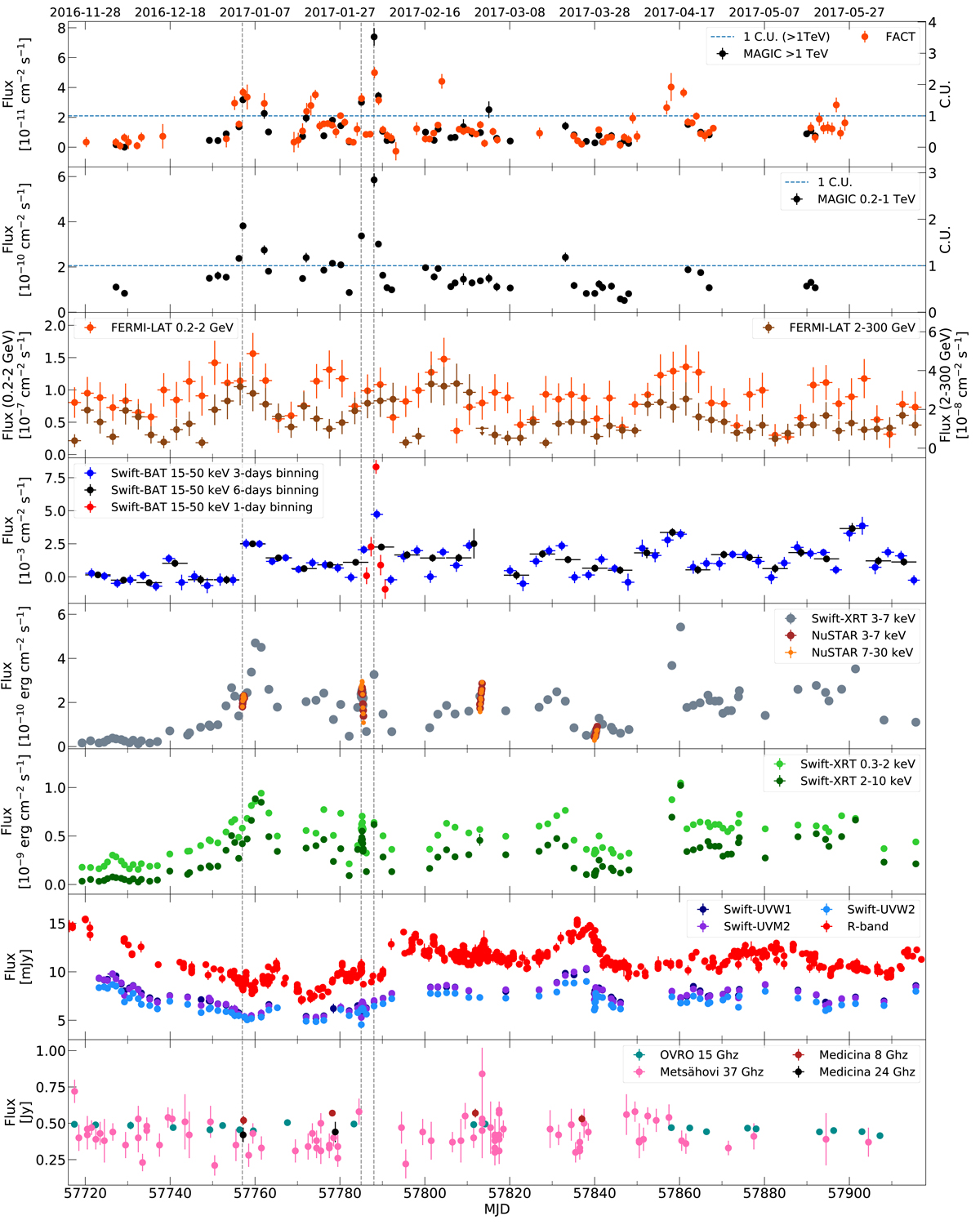