Context. TOI-849b is one of the few planets populating the hot-Neptune desert and it is the densest Neptune-sized one discovered so far. Its extraordinary proximity to the host star, together with the absence of a massive H/He envelope on top of the 40.8 M⊕ rocky core, calls into question the role played by the host star in the evolution of the system.
Aims: We aim to study the impact of the host star's rotational history on the evolution of TOI-849b, particularly focussing on the planetary migration due to dynamical tides dissipated in the stellar convective envelope, and on the high-energy stellar emission.
Methods: Rotating stellar models of TOI-849 are coupled to our orbital evolution code to study the evolution of the planetary orbit. The evolution of the planetary atmosphere is studied by means of the JADE code, which uses realistic X-ray and extreme-ultraviolet (XUV) fluxes provided by our rotating stellar models.
Results: Assuming that the planet was at its present-day position (ain = 0.01598 AU) at the protoplanetary disc dispersal, with mass 40.8 M⊕, and considering a broad range of host star initial surface rotation rates (Ωin ∈ [3.2, 18] Ω⊙), we find that only for Ωin ≤ 5 Ω⊙ do we reproduce the current position of the planet, given that for Ωin > 5 Ω⊙ its orbit is efficiently deflected by dynamical tides within the first ∼40 Myr of evolution. We also simulated the evolution of the orbit for values of ain ≠ 0.01598 AU for each of the considered rotational histories, confirming that the only combination suited to reproduce the current position of the planet is given by ain = 0.01598 AU and Ωin ≤ 5 Ω⊙. We tested the impact of increasing the initial mass of the planet on the efficiency of tides, finding that a higher initial mass (Min = 1 MJup) does not change the results reported above. Based on these results we computed the evolution of the planetary atmospheres with the JADE code for a large range of initial masses above a core mass of 40.8 M⊕, finding that the strong XUV-flux received by the planet is able to remove the entirety of the envelope within the first 50 Myr, even if it formed as a Jupiter-mass planet. 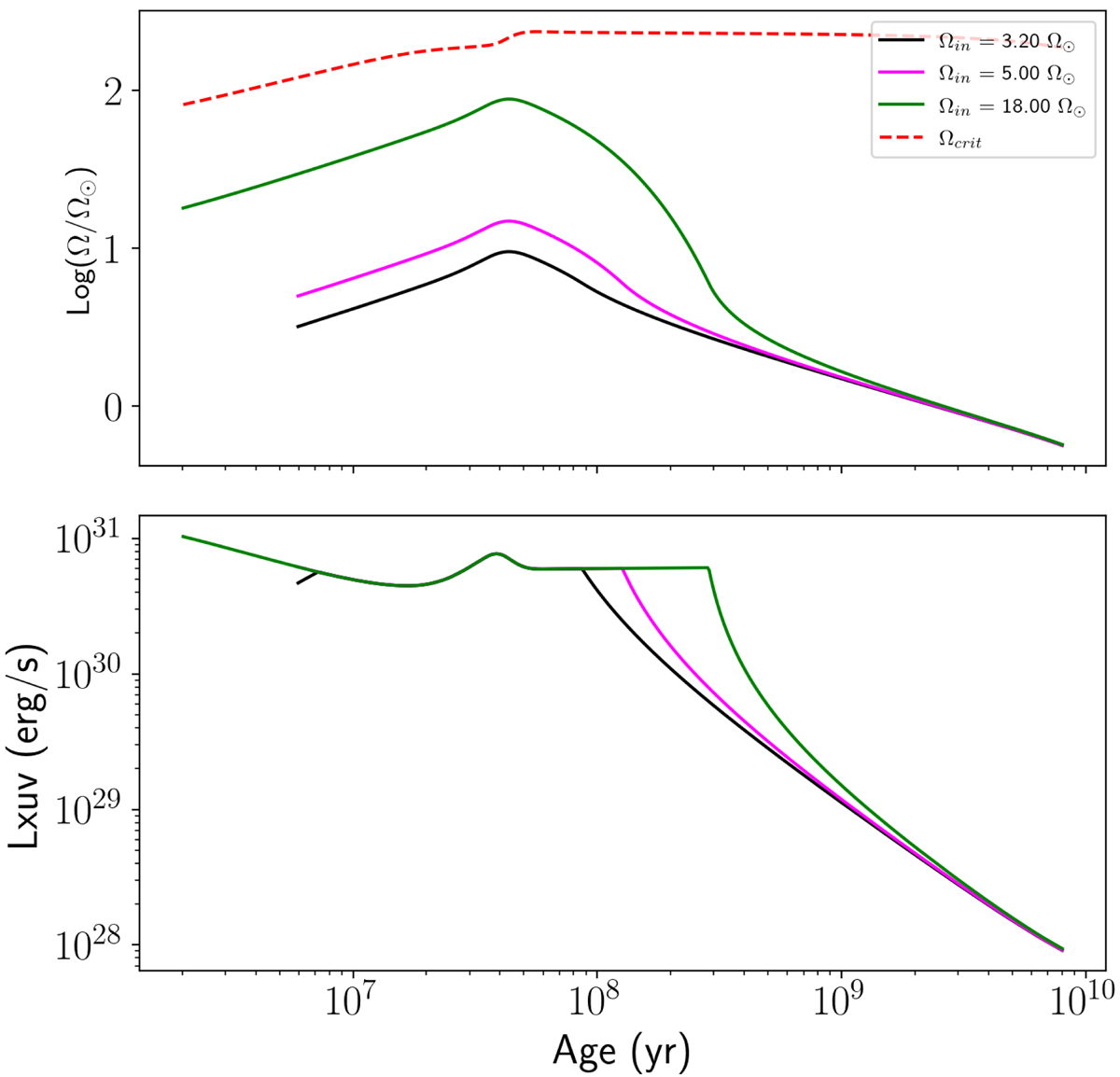