The Planck satellite has identified more than 2000 protocluster candidates with extreme star formation rates (SFRs). Here, we present the spectroscopic identification of a Planck-selected protocluster located in the Cosmos field, PHz G237.01+42.50. PHz G237.01+42.50 contains a galaxy overdensity of 31 spectroscopically identified galaxies at z ≃ 2.16 (significant at 5.4σ) in a 10′ × 11′ region. The overdensity contains two substructures or protoclusters at ⟨z⟩ ≃ 2.16 and 2.195 with estimated halo masses at z = 0 of ∼5-6 × 1014 M⊙, roughly consistent with Virgo-type clusters. The overdensity total SFR, ∼4000 M⊙ yr−1, is higher than predicted by simulations but much smaller than the SFR derived from the Planck data (i.e., 10 173 M⊙ yr−1). The analysis of the Herschel data in the field, in combination with the available ancillary data, shows that such a difference is due to an effect of source alignment along the line of sight that produces a 5σ overdensity of red Herschel sources in the field. We analyze the members' ultraviolet (UV) spectra and UV-far-infrared spectral energy distributions to derive their SFR, stellar mass, and metallicity. Galaxy members include blue star-forming galaxies and Active galactic nuclei (AGN) with SFRs and stellar masses consistent with the main sequence. Active galactic nuclei, identified through optical spectroscopy or X-ray data, represent a significant fraction (20 ± 10%) of all members of the protocluster at z = 2.16, and they are powerful enough to produce radiative feedback. The core of this protocluster, besides being denser, includes members that are, on average, more massive and star-forming and contains a larger fraction of AGN and Herschel-detected galaxies than the full sample, suggesting an environmental effect on galaxy growth. A comparison between PHz G237.01+42.50 and other protoclusters in the literature at similar redshifts reveals some common traits and differences that reflect both observational biases and a diversity in intrinsic properties that is not yet fully understood.

Based on LBT/LUCI spectroscopic observations. 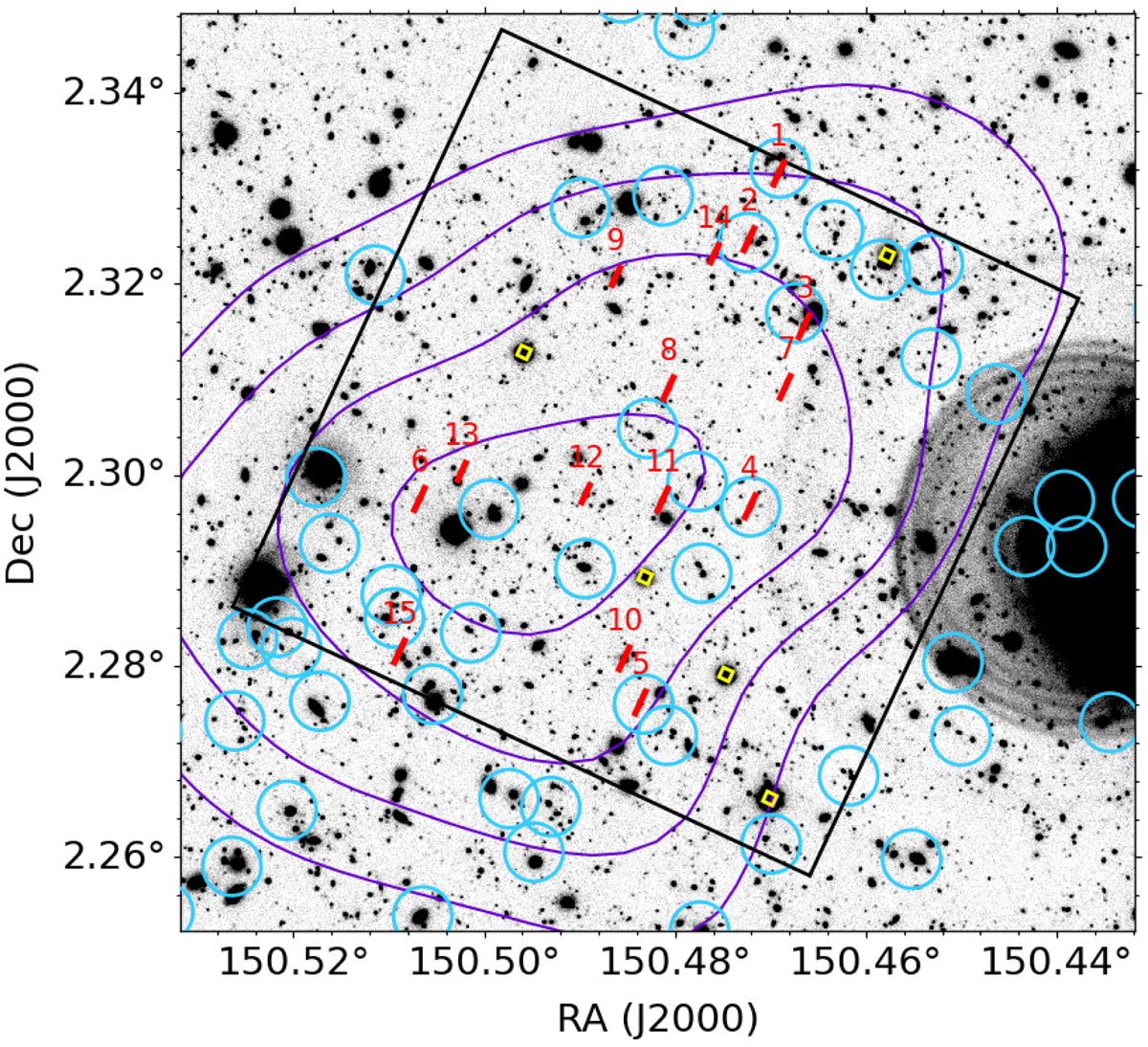