Mapping the "invisible" circumgalactic medium around a z ∼ 4.5 radio galaxy with MUSE

In this paper we present Multi Unit Spectroscopic Explorer integral field unit spectroscopic observations of the ∼70 × 30 kpc2 Lyα halo around the radio galaxy at z = 4.5077. High-redshift radio galaxies are hosted by some of the most massive galaxies known at any redshift and are unique markers of concomitant powerful active galactic nucleus (AGN) activity and star formation episodes. We map the emission and kinematics of the Lyα across the halo as well as the kinematics and column densities of eight H I absorbing systems at −3500 < Δv < 0 km s−1. We find that the strong absorber at Δv ∼ 0 km s−1 has a high areal coverage (30 × 30 kpc2), being detected across a large extent of the Lyα halo, a significant column density gradient along the southwest to northeast direction, and a velocity gradient along the radio jet axis. We propose that the absorbing structure, which is also seen in C IV and N V absorption, represents an outflowing metal-enriched shell driven by a previous AGN or star formation episode within the galaxy and is now caught up by the radio jet, leading to jet-gas interactions. These observations provide evidence that feedback from AGN in some of the most massive galaxies in the early Universe may play an important role in redistributing material and metals in their environments. 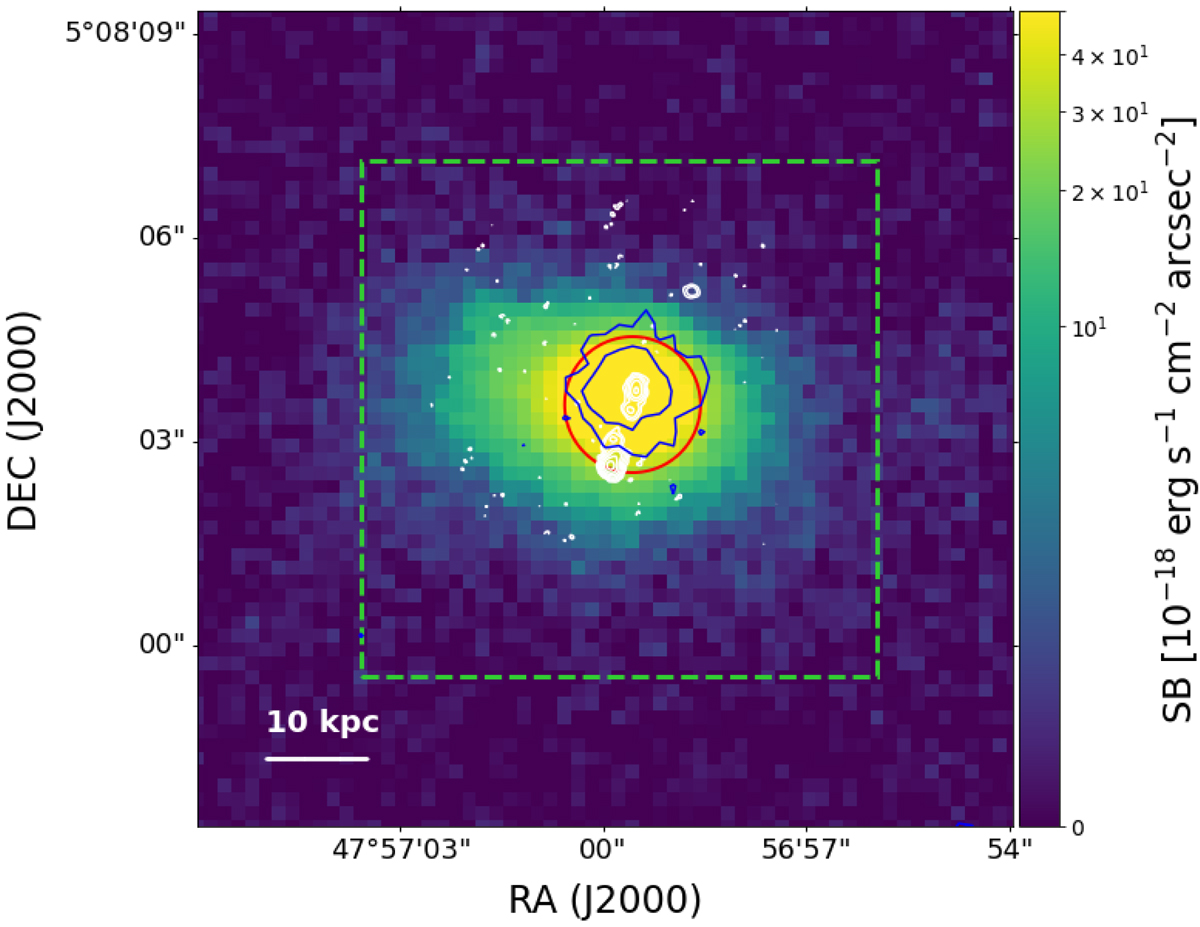