Context. Coronal mass ejections (CMEs) are eruptive phenomena that can accelerate energetic particles and drive shock waves. The CME-driven shocks propagate from the low corona to interplanetary space. The radio emission that results from fast electrons energised by shock waves are called type II bursts. This radio emission can provide information on the physical properties of the shock and its evolution as it travels through the corona and interplanetary space.
Aims: We present a comprehensive analysis of the shock wave associated with two type II radio bursts observed on 27 September 2012. The aim of the study is to isolate and understand the shock wave properties necessary for accelerating electrons, leading to the production of the radio emission.
Methods: First, we modelled the 3D expansion of the shock wave by exploiting multi-viewpoint reconstruction techniques based on extreme ultraviolet imaging. The physical properties of the shock front were then deduced by comparing the triangulated 3D expansion with properties of the background corona provided by a 3D magnetohydrodynamic model. The radio triangulation technique provided the location of radio source on the surface of the modelled wave in order to compare radio sources with the shock properties.
Results: This study is focused on the temporal evolution of the shock wave parameters and their role in the generation of radio emission. Results show a close relationship between the shock wave strength and its geometry. We deduce from this analysis that there may be several mechanisms at play that generally contribute to the generation of radio emission.
Conclusions: The comparison between the reconstructed sources of radio emission and the ambient shock wave characteristics reveals the complex relationship between shock parameters and show how they can influence the morphology of the observed type II radio emission. 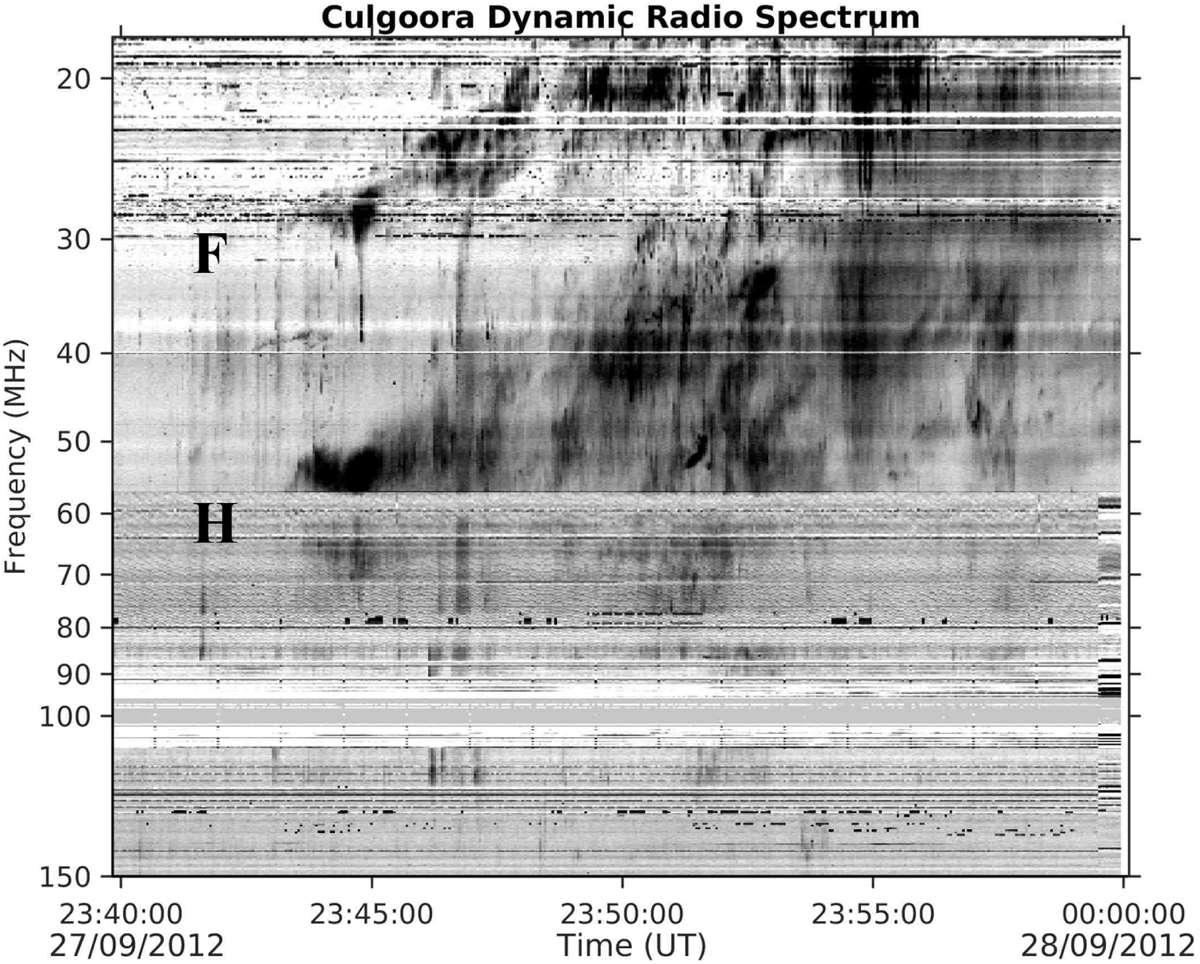