Context. The direct detection of new extrasolar planets from high-precision photometry data is commonly based on the observation of the transit signal of the planet as it passes in front of its star. Close-in planets, however, leave additional imprints in the light curve even if they do not transit. These are the so-called phase curve variations that include ellipsoidal, reflection and beaming effects.
Aims: In a previous paper, we scrutinized the Kepler database looking for these phase variations from non-transiting planets. They found 60 candidates whose signals were compatible with planetary companions. In this paper, we perform a ground-based follow-up of a subsample of these systems with the aim of confirming and characterizing these planets and thus validating the detection technique.
Methods: We used the CAFE and HERMES instruments to monitor the radial velocity (RV) of ten non-transiting planet candidates along their orbits. We additionally used AstraLux to obtain high-resolution images of some of these candidates to discard blended binaries that contaminate the Kepler light curves by mimicking planetary signals.
Results: Among the ten systems, we confirm three new hot-Jupiters (KIC 8121913 b, KIC 10068024 b, and KIC 5479689 b) with masses in the range 0.5-2 MJup and set mass constraints within the planetary regime for the other three candidates (KIC 8026887 b, KIC 5878307 b, and KIC 11362225 b), thus strongly suggestive of their planetary nature.
Conclusions: For the first time, we validate the technique of detecting non-transiting planets via their phase curve variations. We present the new planetary systems and their properties. We find good agreement between the RV-derived masses and the photometric masses in all cases except KIC 8121913 b, which shows a significantly lower mass derived from the ellipsoidal modulations than from beaming and RV data.

Based on observations collected at Centro Astronómico Hispano en Andalucía (CAHA) at Calar Alto, jointly operated by Instituto de Astrofísica de Andalucía (CSIC) and Junta de Andalucía and observations made with the Mercator Telescope, operated on the island of La Palma by the Flemish Community, at the Spanish Observatorio del Roque de los Muchachos of the Instituto de Astrofísica de Canarias. 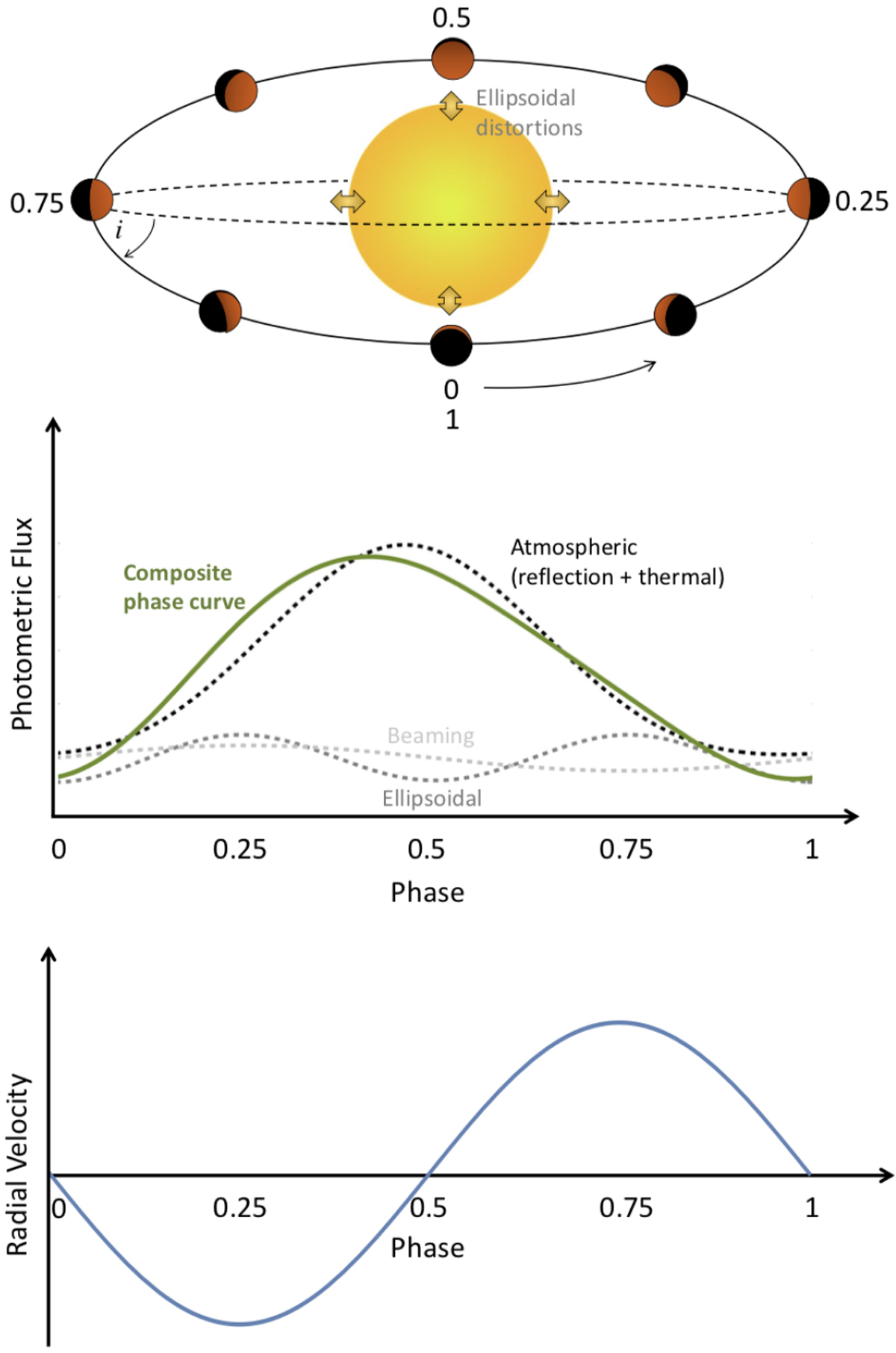