A stellar census in globular clusters with MUSE. A new perspective on the multiple main sequences of ω Centauri

Context. ω Cen is a rare example of a globular cluster where the iron abundance of the stars spans more than one order of magnitude. Many spectroscopic investigations of its red-giant and sub-giant branches have revealed multiple peaks in the iron abundance distribution. The metallicity distribution of main sequence (MS) stars is not well characterized yet due to the faintness of the stars and lack of data. So far, almost all studies of MS stars have been based on photometric measurements.
Aims: Our goal is to investigate the metallicity distribution of a statistically significant sample of MS stars in ω Cen. In particular, we aim to revisit the metallicity difference between the red and blue MS of the cluster.
Methods: We used MUSE spectra obtained for the central region of ω Cen to derive metallicities for ≈4200 MS stars.
Results: We find that blue MS stars are, on average, ≈0.1 dex more metal-rich than their red counterparts. On the basis of this new estimate, we find that the two sequences can be fit on the Hubble Space Telescope color-magnitude diagram with two isochrones having the same global metallicity and age, but a higher helium abundance for the blue MS, that is ΔY ≲ 0.1. Furthermore, we determined the average metallicity of the five main populations along ω Cen MS and these estimates are consistent with expectations from previous photometric studies. 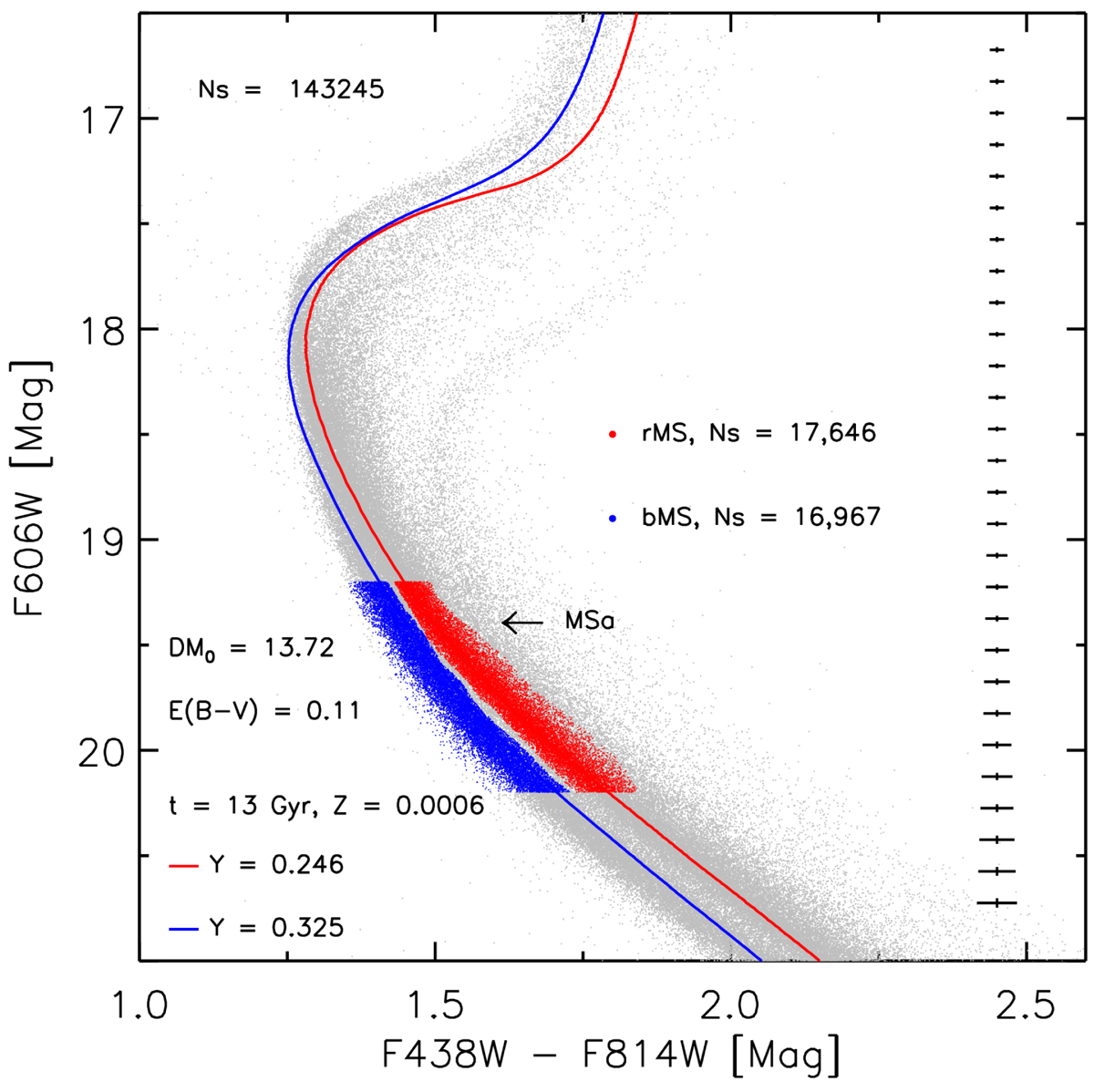