Context. The extreme extinction (AV ~ 30 mag) and its variation on arc-second scales towards the Galactic centre hamper the study of its stars. Analysis of them is restricted to the near infrared (NIR) regime, where the extinction curve can be approximated by a broken power law for the JHKs bands. Therefore, it is fundamental to correct for extinction at these wavelengths in order to analyse the structure and stellar population of the central regions of our Galaxy.
Aims: We aim to, (1) discuss different strategies to de-redden the photometry and check the usefulness of extinction maps to deal with variable stars; (2) build extinction maps for the NIR bands JHKs and make them publicly available; (3) create a de-reddened catalogue of the GALACTICNUCLEUS (GNS) survey, identifying foreground stars; and (4) perform a preliminary analysis of the de-reddened Ks luminosity functions (KLFs).
Methods: We used photometry from the GNS survey to create extinction maps for the whole catalogue. We took red clump (RC) and red giant stars of similar brightnesses as a reference to build the maps and we de-reddened the GNS photometry. We also discussed the limitations of the process and analysed non-linear effects of the de-reddening.
Results: We obtained high resolution (~3″) extinction maps with low statistical and systematics uncertainties (≲5%) and computed average extinctions for each of the regions covered by the GNS. We checked that our maps effectively correct the differential extinction reducing the spread of the RC features by a factor of ~2. We assessed the validity of the broken power law approach computing two equivalent extinction maps AH using either JH and HKs photometry for the same reference stars and obtained compatible average extinctions within the uncertainties. Finally, we analysed de-reddened KLFs for different lines of sight and found that the regions belonging to the NSD contain a homogeneous stellar population that is significantly different from that in the innermost bulge regions. 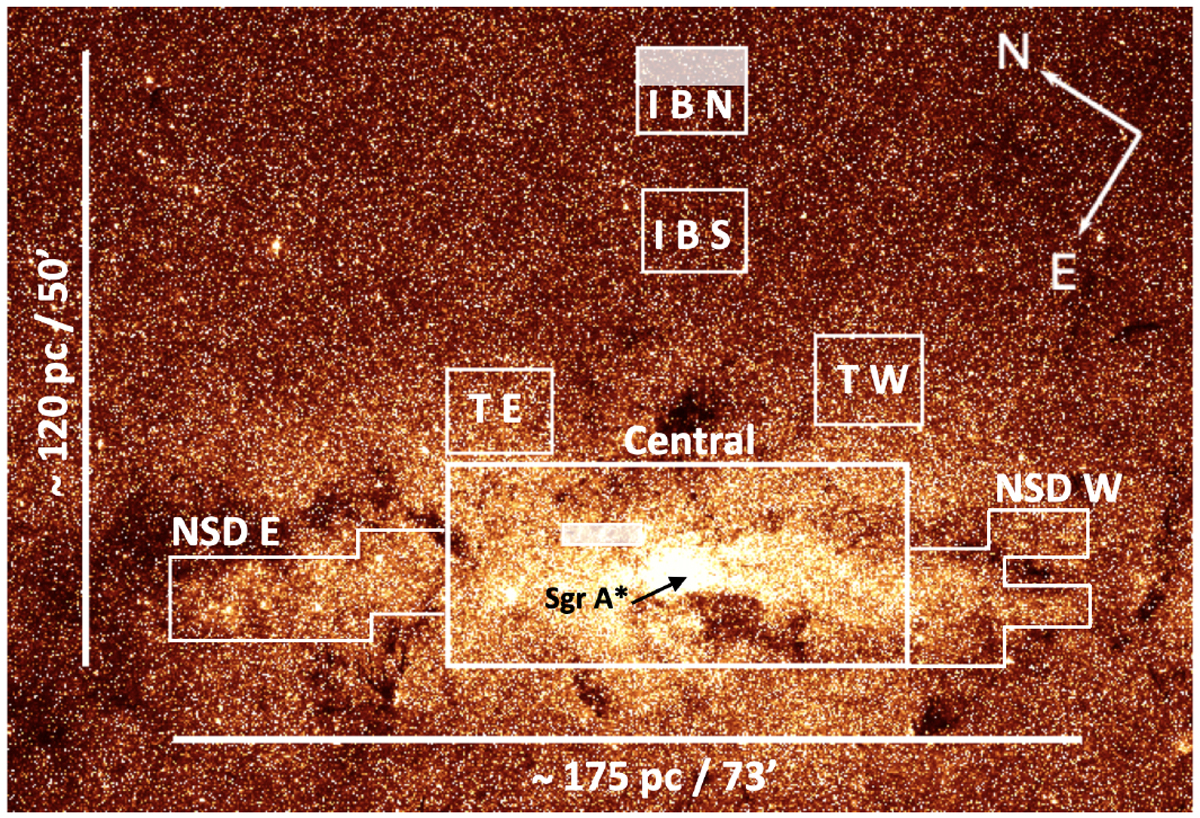